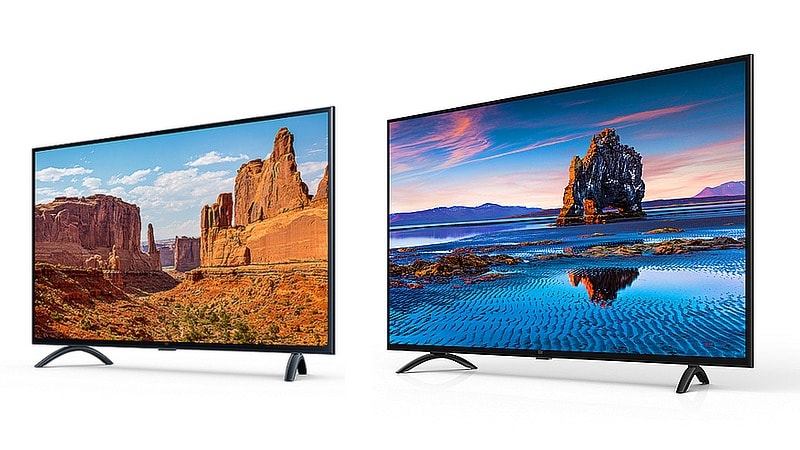 Xiaomi on Wednesday announced two new Mi TV models in India with the launch of the new Mi TV 4A series. The Chinese electronics company has launched the 43-inch Mi TV 4A in India, alongside the 32-inch model in the same series. Both Mi TV 4A models are 'smart TVs', featuring Xiaomi's India-optimised and AI-powered PatchWall UI. The new Mi LED Smart TV 4A lineup of televisions comes to the market less than a month after the introduction of its first Mi TV model - the 55-inch Mi TV 4 - in the country. With the move, Xiaomi is now offering more options to consumers, giving them cheaper and smaller models to choose from.

The 43-inch Mi TV 4A price in India has been set at Rs. 22,999 at launch, while the 32-inch Mi TV 4A is priced at Rs. 13,999. Both televisions will go on sale in the country from Tuesday, March 13, via Mi.com, Flipkart, and Mi Home stores. The second sale for the Mi TV4A models is on Friday, March 16. The company has promised adequate stocks starting with the first sale itself, and promised two sales a week thereafter, on Tuesdays and Fridays.

In terms of launch offers, the Mi TV 4A models come with Rs. 2,200 instant cashback with a JioFi connection. Xiaomi says the TVs offer over 500,000 hours of content, of which 80 percent will be free content from partners like Hotstar, Voot, Voot Kids, Sony Liv, Hungama Play, Zee5, Sun NXT, ALT Balaji, Viu, TVF, and Flickstree. Content in 15 Indic languages will be available.

How Xiaomi and Sensara Aim to Disrupt the TV Industry

The Mi TV 4A series was launched in China back in March last year, but the model launched in India has a few differences. The 43-inch model sports a full-HD (1920x1080 pixels) display while the 32-inch model has an HD (1366x768 pixels) display. Both display panels have a 178-degree viewing angle and 60Hz refresh rate. The Mi TV 4A models are powered by an Amlogic quad-core SoC that's coupled with 1GB of RAM. The TVs comes with 8GB of internal storage.

Connectivity options on the 43-inch Mi TV 4A include Wi-Fi, three HDMI (one ARC) ports, three USB 2.0 ports, one Ethernet port, one AV component port, one S/PDIF audio port, as well as a 3.5mm headphone jack port. It measures 970x613x214mm (including base), and weighs 7.43kg (7.37kg without base). The 32-inch model comes with two USB 2.0 ports and misses out on the S/PDIF port, with the rest of the connectivity options being the same. It measures 733x478x180mm (including base).

Xiaomi is also touting the presence of DTS-HD, which will augment the audio experience of the televisions, apart from two 10W speakers. The company says the audio been optimised for India, in terms of loudness. The Mi TV 4A models ship with the 11-button Mi Remote that can be used to control a set-top box apart from the television itself, using the Mi IR cable priced at Rs. 299.

Editor's note: An earlier version of this article incorrectly stated the two Mi TV 4A models featured voice control. The error is regretted.

Samsung Galaxy On7 Prime, Galaxy A8+ Available With Discounts on Amazon
Apple Music for Android Gets an Update With New Experiences for Music Videos