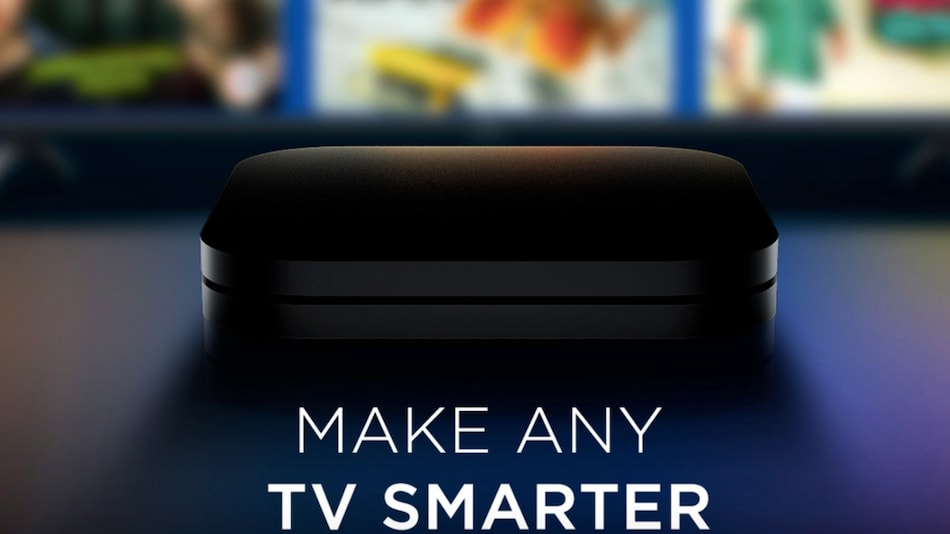 Xiaomi Mi Box 4K streaming device on Friday made its debut in India, as a part of the company's online launch event. The Mi Box 4K is a standalone Android TV 9 Pie-powered device that plugs into your existing television through the HDMI port. The device is Wi-Fi enabled for connectivity, and gives users access to a variety of apps and services available on Android TV, including popular streaming services such as Netflix, Amazon Prime Video, Disney+ Hotstar, and more.

Xiaomi Mi Box 4K price is set at Rs. 3,499. It will go on sale for the first time on May 10 at 12pm (noon) via Flipkart, mi.com, Mi Home stores, and Mi Studio stores. It will also soon reach the Xiaomi partner offline stores. Xiaomi has partnered with Docubay, Epic, HoiChoi, and Shemaroo to provide exciting offers to Mi Box 4K buyers. Alongside the Mi Box 4K, Xiaomi also launched the Mi True Wireless Earphones 2 and Mi 10 5G in India today.

The Mi TV Box 4K is designed to be placed on a table-top, and is connected to the TV using an included HDMI cable. The device is powered by a quad-core Amlogic processor, and features 2GB of RAM and 8GB of internal storage for apps. Up to 4K streaming on supported content platforms is supported, along with the HDR10 format. The device will be capable of playing 4K and HDR content from streaming platforms supporting these formats, such as Netflix and Amazon Prime Video.

Unlike Xiaomi's range of televisions, which run on the company's PatchWall interface, the Mi Box 4K will only run the stock Android TV interface. As the device is being targeted at advanced users who usually know what they're looking for, PatchWall's content discovery-based features have been left out of this device.

Users will get additional connectivity on the Mi Box 4K through a USB port and 3.5mm digital out socket, as well as Bluetooth to connect headphones or wireless speakers for sound. The presence of the USB port allows the device to be used as a local media player, and there is wide support for various video and audio file formats. There is also built-in Chromecast Ultra on the device, allowing users to cast content at up to 4K resolution.

The Xiaomi Mi Box 4K goes up against the Amazon Fire TV Stick 4K, which is priced at Rs. 5,999 in India. Xiaomi is counting on users relying on the familiarity of the Android TV interface and apps, as well as the ease of setup and synchronisation with Android mobile devices and Google accounts. However, the lack of support for Dolby Vision content on the Mi Box 4K is a major drawback, given that Netflix now has a considerable catalogue of content available in the format in India.

Dolby Vision: What Is It, and How Does It Make Your Movies and TV Shows Better?

There are other Android TV-powered standalone streaming devices such as the Airtel Stream Stick and MarQ TurboStream, but the Mi Box 4K has the advantage of being an affordable 4K streaming device with no limitations by way of apps or availability.