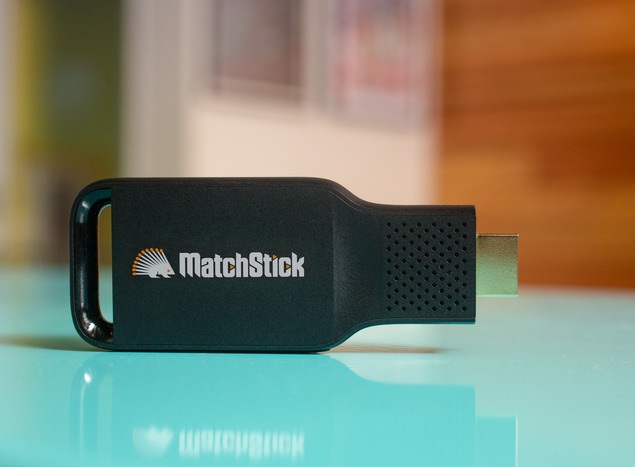 Matchstick will initially sell through Kickstarter campaign at an early bird price of $12 (approximately Rs. 720) for the first 500 consumers, which will be shipped in January next year and later at a regular price of $18 (approximately Rs. 1,100), which will also be shipped in January. Users buying the Matchstick after the Kickstarter campaign would be able to purchase it for $25.

Just like the Chromecast dongle (priced at $35), Matchstick can be plugged into an HDMI port on a television or a monitor and it lets users stream content (movies, music, games, and more) over Wi-Fi. Apart from mirroring or streaming content from Chrome and Firefox browsers, users will be able to 'fling' content from Android and iOS devices via sender apps.

Matchstick is the first HDMI streaming stick that runs on Firefox OS. The company says that it "approached the Matchstick project with a mindset to build a completely OPEN hardware and software platform" and hence they decided to go with Mozilla.

"Open source hardware and software means there are no limitations to what you can do with Matchstick. No need to jailbreak your Matchstick, the door is wide open!" said company on Kickstarter.

Jack Chang, the US General Manager of Matchstick while speaking to CNET, said, "Due to Matchstick's unique openness, we believe it will lead to a greater number of cool apps and lower price. These are tangible benefits a consumer will readily embrace."

Since the Matchstick project is still in the development stage, both Matchstick and Mozilla are seeking more developers to create apps, and have launched a developer program, apart from a "Matchstick for Apps" program for qualified developers, and providing prototypes to 250 developers.

The company says users will have access to the "hundreds of apps in the Mozilla app store", and it will make hundreds more available in the Matchstick app store once the "developer program ramps up." Netflix, YouTube, ESPN, Hulu and Spotify apps are promised at launch.

On the specifications front, the Matchstick includes a dual-core Rockchip 3066 (Coretex-A9) processor; 1GB of DDR3 SDRAM and 4GB of onboard storage.
Comments