LG’s webOS 6.0 has a new Next Picks feature that analyses the viewer’s preferences to discover more content. 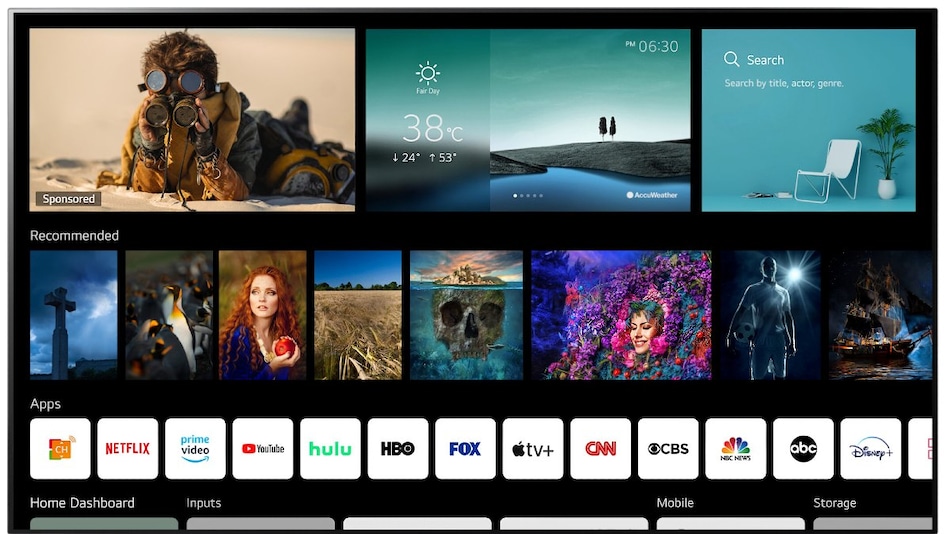 Magic Explorer on LG's webOS 6.0 will give users information regarding the content being viewed

LG webOS 6.0 has been introduced for its 2021 OLED, QNED Mini LED, NanoCell, and UHD smart TVs. It comes with an upgraded version of its ThinQ AI, that supports new voice commands for Alexa and Google Assistant. The new Magic Remote will have hot keys for Netflix, Amazon Prime Video, and Disney +. It will also have an NFC-powered function called Magic Tap that will allow users to share content from their NFC-enabled smartphone to the LG TV, and vice-versa.

Park Hyoung-sei, president of LG Home Entertainment Company, said in a statement that webOS 6.0 is the most significant update since LG first introduced webOS in 2014.

LG's webOS 6.0 will have an updated home screen that the company says will provide faster access to the most frequently-used apps and streamline content discovery with recommendations that will be based on the user's preference and viewing history. It will also act as a central hub for settings and the webOS ecosystem. Magic Explorer on webOS 6.0 will give users information regarding the content being viewed, and also about the actors and location in the movie or show they are watching.

LG's webOS 6.0 has a new Next Picks feature that will analyse viewer's preferences to discover more content suited to their taste. The feature will use viewing history data to recommend two live programs from broadcast or set-top box offerings and one video on demand (VOD) title or app that the viewer may like.

LG's 2021 TV lineup, featuring webOS 6.0, will be on display during CES 2021, that begins on January 2021. LG will be showcasing the first Eyesafe-certified TV display. It has a 65-inch OLED screen and has received Germany's TUV Rheinland certification for being safe for the eyes. LG also unveiled its first 48-inch bendable cinematic sound OLED (CSO) display to be showcased at CES 2021.

It is not clear if the webOS 6.0 update will roll out to older TVs in LG's lineup, or it is only meant for its 2021 4K and 8K TVs. Gadgets 360 has reached out to the company for more clarity. This report will be updated when we hear back.