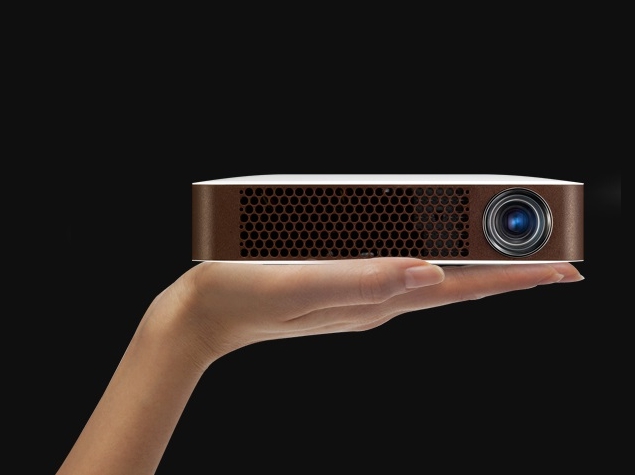 LG Electronics on Thursday has unveiled its compact Bluetooth MiniBeam projector (PW700), ahead of IFA 2014. The company will start selling the portable projector in European markets from next month with Asia and the Middle East to follow in October. LG will showcase the projector at IFA 2014 from September 5 to September 10. Pricing details have not yet been provided.

With its Bluetooth 3.0 connectivity, the PW700 is claimed to stream 'high quality sound wirelessly to any compatible audio system, including headphones and home theatre systems.' It also includes two built-in 1-Watt speakers.

"The LG Bluetooth MiniBeam is a personal cinema that you can take with you wherever you go [...] Whether you're watching a streaming movie indoors or a music video on your smartphone outdoors, the LG Bluetooth MiniBeam offers a truly versatile viewing experience" said In-kyu Lee, Senior Vice President and Head of the TV Division of LG's Home Entertainment Company.

Expanding its smart home ecosystem, the company had also unveiled its Music Flow home-entertainment system on Wednesday. LG Music Flow Speaker models H7 (70W), H5 (40W) and the Network Bridge model R1 will be available in the UK starting this month and in other markets in Europe following IFA 2014 Berlin in early September. LG Music Flow Speaker model H3 (30W) and Sound Bar model HS6 (320W) will be rolled-out globally soon after. Pricing details have not been announced by LG as yet.
Comments

Google Gets Over 1 Million Copyright-Based URL Removal Requests a Day
Motorola to Launch 8 New Smartphones Ahead of Christmas: Report