LG PJ9 Levitating Bluetooth Speaker Floats in Mid-Air; Will Be Showcased at CES 2017 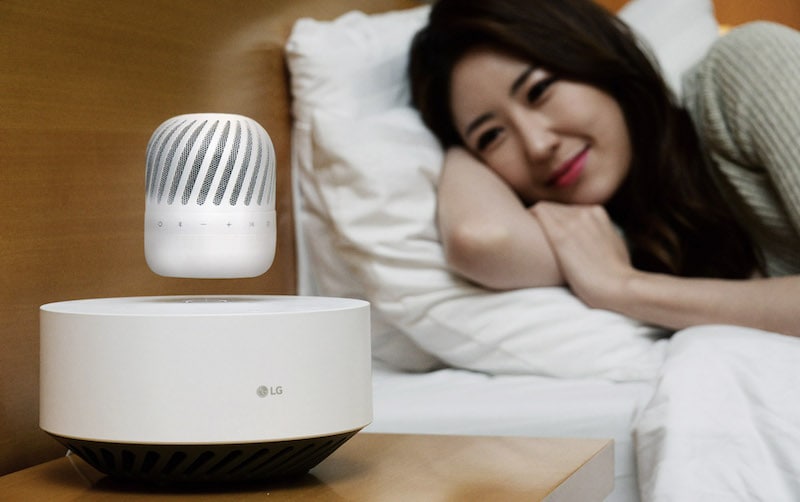 We've seen waterproof speakers and even some that claim to be able to survive an explosion, but so far we haven't really seen speakers that levitate. LG is about to show us a Bluetooth speaker that can supposedly hover in mid-air. The speaker is called LG PJ9 and is going to be unveiled during CES 2017 in Las Vegas, scheduled from January 5 to January 8.

LG teased the PJ9 speaker ahead of its official launch at the trade show. With a product as unique as a levitating Bluetooth speaker, it probably would've received a lot of attention even without this teaser.

The LG PJ9 speaker ships with a "Levitation Station" that serves as its charging dock and the base that makes it float. LG claims that the Levitation Station has powerful electromagnets that help the speaker stay a few centimetres above the base.

The coolest thing about the LG PJ9 speaker is perhaps its ability to charge itself. When the battery runs low, which will happen once every 10 hours according to LG, the speaker will descend on to the base and begin charging itself if you believe the company's claims. When that happens, the speaker will continue playing music without interruptions, LG says.

As with publicity photos of most products, the LG PJ9 does look quite striking in pictures. It's likely to deliver better bass response than most Bluetooth speakers thanks to the sub-woofer in the Levitation Station. The overall package might actually not be very portable if you consider the base and the fact that you'll need to connect this speaker to a power source.

LG claims that the PJ9 speaker is IPX7 compliant, which means that it doesn't have any rating for protection against dust but is water resistant, and can survive immersion in 1 metre of water for up to 30 minutes. There's no information on pricing and availability at the moment but LG may announce something during CES.

iBall CompBook i360 Is a Rs. 12,999 Laptop With 360-Degree Rotating Display
Video Games in 2016: Better, Faster, Stronger, and Most Importantly, Cheaper