LG says that the update will also be rolled out to other premium TVs in July. 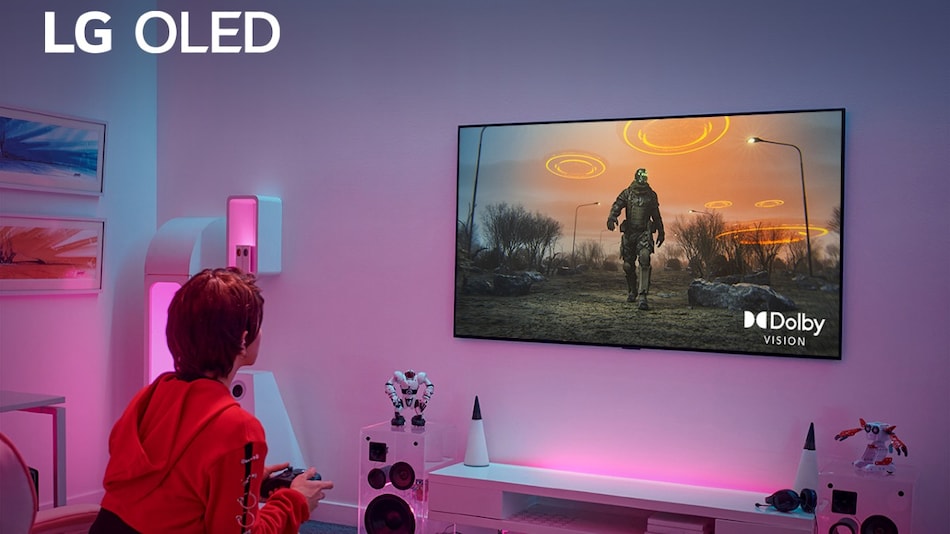 LG has started rolling out an update that brings the support for Dolby Vision HDR at 4K 120Hz for gaming on compatible platforms to a few premium TV series. The South Korean company claims it's the first TV manufacturer to do so. While LG has confirmed that the update is being rolled out on C1 and G1 2021 OLED TVs, a report says that last year's CX and BX models will also be updated to support Dolby Vision HDR at 4K 120Hz gaming. Apart from this, the update also brings user-friendly controls.

As per a press note from LG, the update with firmware version 03.15.27 is now rolling out to LG's C1 and G1 series OLED TVs making them the first TVs globally that are capable of supporting Dolby Vision HDR at 4K 120Hz on compatible platforms. Apart from these lineups, the South Korean company says other premium models such as OLED Z1 series, QNED Mini LED QNED99 series and NanoCell NANO99 series TVs will also receive the update in July.

Without specifically naming other TV series, LG also announced that additional 2021 and 2020 TV models are also being tested for Dolby Vision gaming in either 60Hz or 120Hz. A report by Forbes says that LG will also be rolling out the Freesync/ Dolby Vision support update for last year's CX and GX series of TVs as well. Additionally, the report mentions that while the final version of the software will be released online and via OTA updates as normal, those C1 and G1 2021 OLED TVs owners who wish to get their hands early can request the beta version directly from the local LG service centers.

Apart from the support for Dolby Vision HDR at 4K 120Hz gaming, the update from LG also brings Game Optimizer in the Game Dashboard. It is a floating onscreen menu similar to the head-up display (HUD) found in many games. It allows gamers to quickly see the TV's settings and switch between different genres – Standard, FPS, RPG or RTS – without pausing the ongoing game. “The dashboard also shows the status of other modes such as black stabilizer, low latency and variable refresh rate (VRR) are activated,” the company said.

When Do Electric Vehicles Become Cleaner Than Gasoline Cars: An Analysis