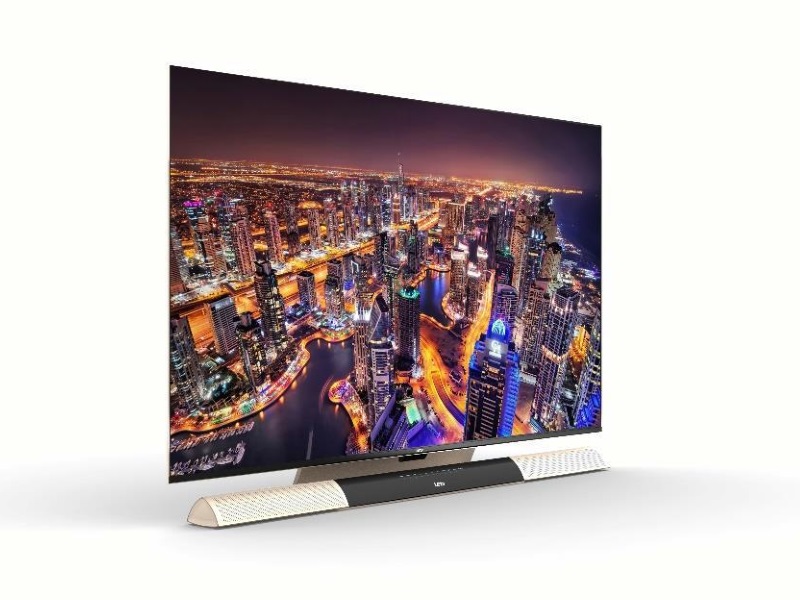 The sleek TV is just 3.9mm thick, which the company says is the equivalent of two coins put together.

The Super 4 Max65 Blade has a separate speaker and is the first product of company's second chain of TV series after 70-inch Super 4 Max70 and 65-inch Super 4 Max 65 Curved were launched in Beijing two weeks ago.

At CES 2016, Letv also revealed its cooperation with Faraday Future, a new and emerging electric car project in America.

Apart from the Snapdragon 820, the Le Max Pro will also pack features such as Qualcomm's Snapdragon Sense ID ultrasonic fingerprint technology that's claimed to be more secure than capacitive sensors. Unfortunately, Letv hasn't confirmed all the specifications of the Le Max Pro and we will have to wait for the unveiling of the handset.

The company during the CES keynote also revealed that the Le Max Pro will support Qualcomm Quick Charge 2.0 technology that can charge the phone from 0 to 60 percent charge in 30 minutes.

To recall, the Snapdragon 820 announced back in November comes with the all-new Qualcomm Kryo CPU which is claimed to have 2x performance and efficiency when compared to the Snapdragon 810. It was also the company's first 64-bit CPU that uses the ARMv8-A instruction set - Qualcomm had settled for non-custom Cortex-A57 and Cortex-A53 cores on the Snapdragon 810.