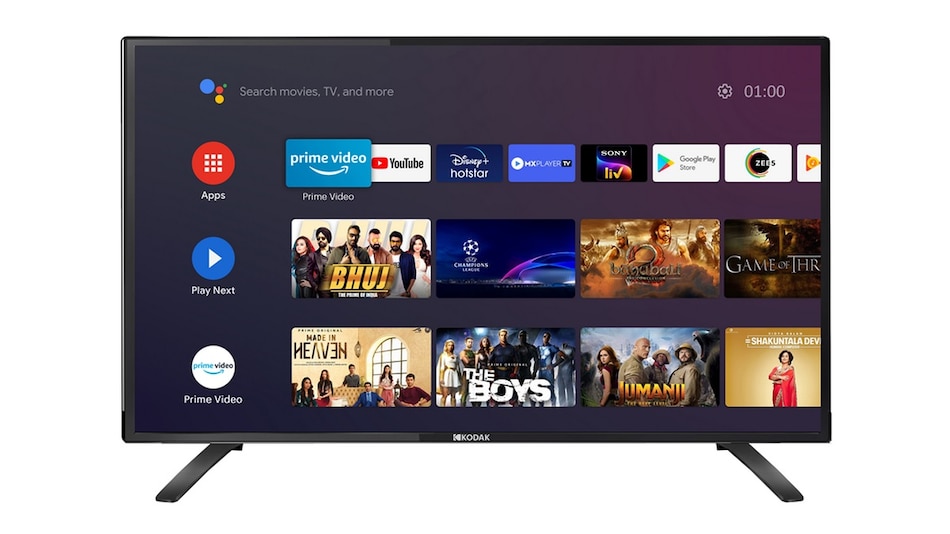 The Kodak 75CA9099, as the name suggests, has a 75-inch USD (3,840x2,160 pixels) screen with 500 nits of brightness. It supports 60Hz refresh rate and 1.75GB of RAM with 8GB of internal storage. This TV model has HDR support and 24W speakers built in. For connectivity, you get Wi-Fi, Bluetooth, multiple HDMI and USB ports. The Kodak 75CA9099 is powered by the same quad-core ARM Cortex-A53 CPU and Mali-450MP3 GPU with 1GB of RAM and 8GB of storage. You also get Google Assistant and Chromecast built in. The remote is sleek and has dedicated hotkeys for Google Assistance, Prime Video, YouTube, and Sony Liv.