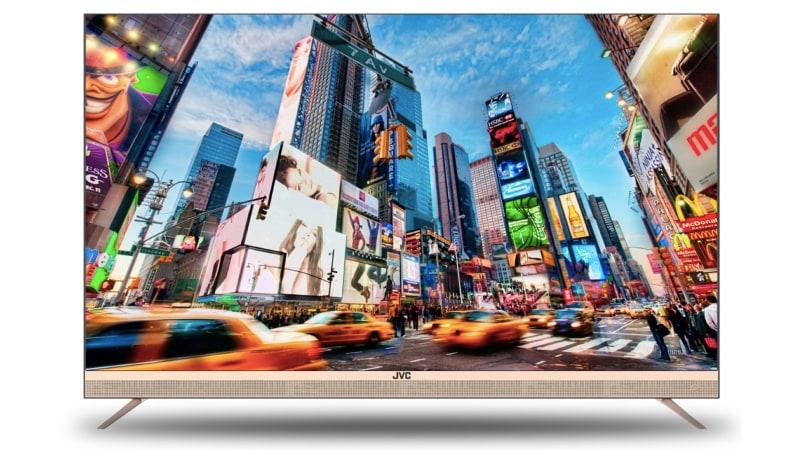 There are plenty of affordable TVs in India, but the most interesting options are often the big-screen TVs that come with all of the features and specifications you want. Japanese brand JVC, which is present in the TV segment in India through local OEM Viera Group, has just launched its latest TV that sits in this exact category. The JVC 55N7105C TV is a 4K Smart LED TV that is priced at Rs. 38,999. The TV is available to buy now on Flipkart, however it is currently priced at Rs. 39,999 on the e-commerce portal.

The JVC 55N7105C is a quantum-backlit LED Smart TV, with a screen resolution of 3840x2160 pixels and a standard refresh rate of 60Hz. The TV also features a 50W sound output through the front-facing speakers right below the screen. The TV has 2GB of RAM, 16GB of storage, and a quad-core processor. For smart connectivity, the TV has two user interfaces — CUI and Sensywall — along with various apps including Hotstar, YouTube, and Netflix pre-installed.

For hardware connectivity, the JVC 55N7105C TV comes with three HDMI ports and two USB ports. There is support for HDR as well on the TV, along with both wireless and wired internet connectivity. The app store on the TV will allow the consumers choose from around 500 apps for content. Interestingly, the TV comes with two remotes - a standard one, and a second smart remote with a QWERTY keyboard built in.

JVC recently launched a range of affordable LED TVs in India, with prices starting from Rs. 16,999 onwards. The new JVC 55N7105C is the most expensive TV in the range, with the biggest screen of the options on offer from the company.