Itel Launches Six TV Models in India With Up to 4K Resolution, Prices Start at Rs. 8,999

These new TVs mark Itel’s entry into a new product category in the Indian market. 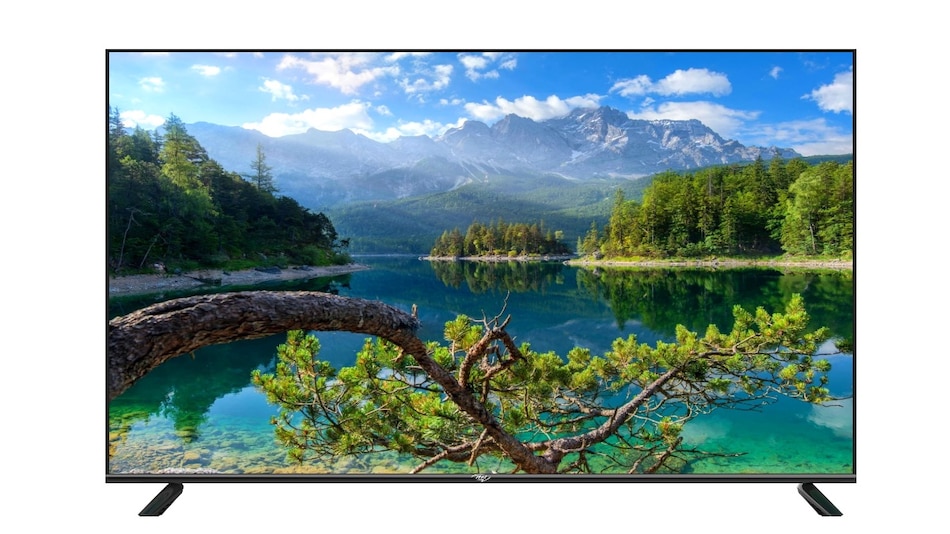 Itel A series is the most affordable in the TV category

Itel has announced six new TV models in India, marking its debut in the category for the first time. The TVs come in screen sizes of 32-inch to 55-inch and are priced starting from as low as Rs. 8,999. These new Itel TVs have been introduced with three new ranges – the Itel I series, Itel C series, and Itel A series. The company says that the new TV sets are targeted towards tier 3 and below markets in the country.

In the C series, Itel has introduced the Itel C3210IE HD Internet TV at Rs. 9,499. Lastly, there is the Itel A3210IE Soundbar LED TV in the A series that is priced at just Rs. 8,999. The company has confirmed that these TV sets will be available in partner offline stores.

The Itel I5514IE HD Smart TV comes with 4K resolution, and has an ultra-slim frameless design. It has a super bright display with a contrast ratio of 4000:1 and offers low latency of 8 milliseconds. Itel I5514IE HD Smart TV also offers sound output of 20W with support for Dolby Audio. It integrates a new electroacoustic sound technology to create the surround sound, with multiple audio modes that give users a theatre-like experience. There are several picture modes as well with a new Sports PQ mode for making sports matches viewing experience more thrilling.

Itel I5514IE HD Smart TV is powered by the 64-bit 1GHz Cortex A53 quad-core processor paired with 1.5GB of RAM. Internal storage offered is at 8GB. The TV runs on Smart OS 9.0 and comes with preloaded apps like YouTube, Netflix, and Prime Video. App Stores on board include Gaia and NetRange. It supports phone casting with ItelCast. The TV also comes with an in-built stabilizer to take care of voltage fluctuations and power consumptions and features an excellent build quality with metal housing.

There is also the Itel I32101IE HD Smart TV that is the most affordable in the I series. This model is HD ready and it comes with a frameless bezel-less design. The TV packs 1GB of RAM, 8GB of storage and runs on Smart OS 9.0. It also supports ItelCast. The TV has 20W speakers with Dolby Audio support. Preloaded apps include YouTube, Netflix, and Prime Video.

Coming to the Itel C3210IE HD Internet TV, it has a metal build and narrow bezels. The resolution is at 1,366x768 pixel, whereas the refresh rate is at 60Hz. The audio output is at 20W and it supports electroacoustic sound technology. The most affordable A range model, the Itel A3210IE Soundbar LED TV has a response time of 7ms and it comes with 16W audio output.

The details of the other models are unclear at the moment and we have reached out to iTel for the same. We will update this copy once we hear back.