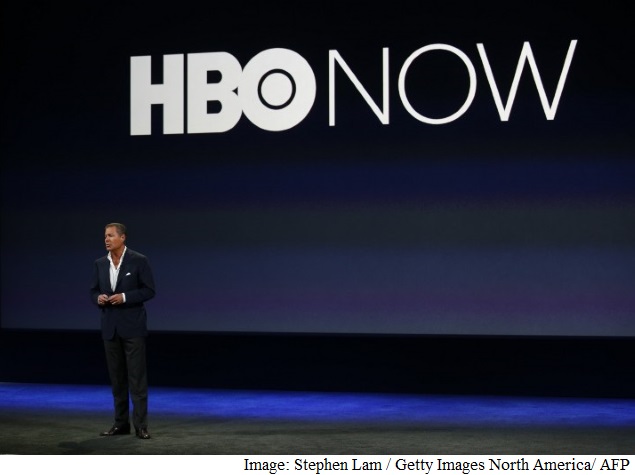 HBO's standalone streaming service will launch on Apple Inc devices next month in time for the season premiere of hit series "Game of Thrones," the network said on Monday, a move to reach millions of viewers who do not subscribe to pay television packages.

The new HBO Now service will cost $14.99 a month. It will include the network's past, present and future series plus its lineup of Hollywood movies, HBO Chairman and Chief Executive Officer Richard Plepler said at an Apple event in San Francisco.

It is the first time the premium network will be available to people with Internet access who shun traditional TV bundles with dozens of channels. Other media companies including CBS Corp and Dish Network Corp also are taking steps to reach those audiences.

"This is a transformative moment for HBO," Plepler said after an introduction by Apple CEO Tim Cook.

The move by Time Warner Inc's HBO could threaten the video businesses of cable and satellite companies, which are fighting to keep customers from dropping their TV packages. It also amps up competition with streaming services such as Netflix Inc. HBO's library of hits includes "The Sopranos" and "Sex and the City."

Starting in early April, HBO Now will be available through the Apple TV box and on iPhones, iPads and the iPod touch. The fifth season of "Game of Thrones" premieres April 12.

Apple will be the exclusive digital provider of HBO Now for three months. The network also is aiming to convince traditional TV distributors to offer the service as early as April.

Plepler, in an interview, said HBO Now offers pay TV distributors the chance to package it with broadband-only or smaller TV bundles and improve retention. The distributors also would get a share of the monthly revenue.

"That's an enhancement and a turbocharge to their own business," he said.

Verizon Communications Inc, AT&T Inc and Dish had no comment. Other distributors could not immediately be reached.

HBO Now is separate from the HBO Go streaming service for customers who subscribe through TV packages.