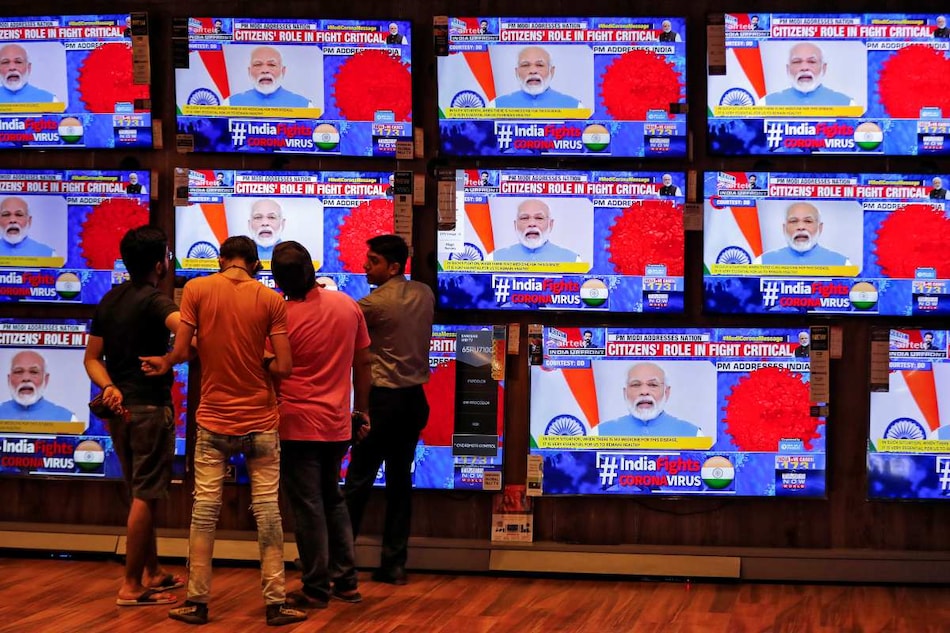 It gave few details but the regulation is expected to become effective soon, creating barriers for companies such as South Korea's Samsung Electronics and China's Xiaomi.

"We have sufficient manufacturing capacity in India and therefore imports of CBUs (completely built units) are not necessary," Pankaj Mohindroo, the Chairman of Indian Cellular and Electronics Association (ICEA) said in a statement on Friday.

"We are losing precious jobs because of unabated imports," he said.

Last month, in a similar move, the country restricted tyre imports across categories of pneumatics and radials used in buses and motorcycles.

Samsung did not respond to a request for comment, while Xiaomi said 85 percent of its TVs were locally made and that the Indian government's push would bolster domestic production.

Prime Minister Modi has called for a self-reliant India and launched his Make in India drive in 2014 to bolster the country's manufacturing sector and reduce imports of products made overseas.

New Delhi's relations with manufacturing giant China have in any case deteriorated following a border clash between the two nuclear armed rivals in June which resulted in the death of 20 Indian soldiers.