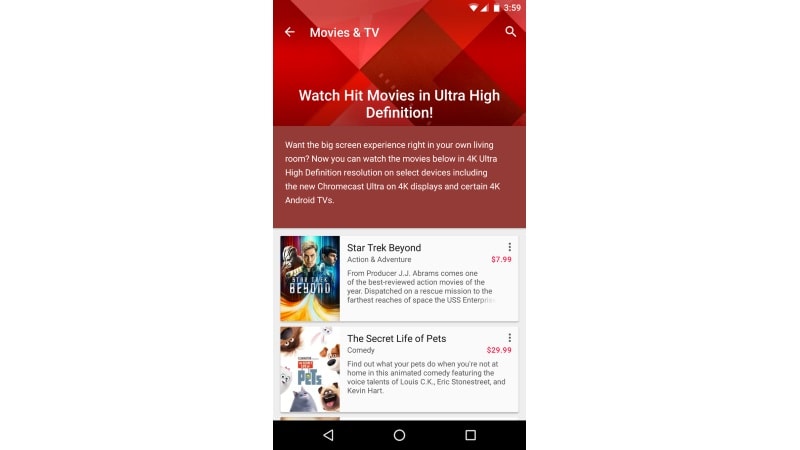 Last month, Google was spotted testing 4K resolution option for select titles on Google Play Movies in the US. Even though the search giant was expected to announce the rollout of the feature shortly, it didn't do it right away. Now, Google has announced that the 4K resolution option for select movies is available for rent or purchase in select regions.

"You can purchase 4K movies on your Android device or on the Web and stream them on your Chromecast Ultra, your Sony Bravia Android TV, or your Xiaomi Mi Box 3," the company said in its blog post. The company has further announced that the new customers of Chromecast Ultra can get their first 4K UHD movie for free under a limited time offer that includes titles like Ghostbusters and Captain Philips.

It will be interesting to see how long it takes for Google to roll out the 4K UHD resolution option to other countries and whether it cuts down its prices going forward.