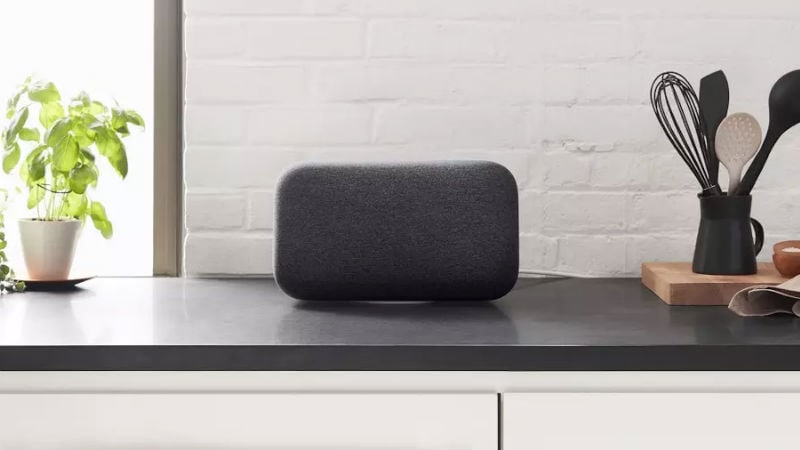 Months after its smaller sibling was spotted inadvertently spying on its early users, Google Home Max is now reported to have an AUX line-in latency issue. The fresh problem is quite significant especially for DJs and musicians who are looking to use the Home Max as a studio monitor. The biggest in its series, the Home Max was launched at Google's hardware-focused event in October.

A dedicated AUX port that supports 3.5mm connectors makes the Google Home Max a distinct option over the original Google Home and the Home Mini. It allows users to connect the speaker to other audio sources such as a tape deck or a turntable. However, folks at Variety discovered that the audio streamed through the available line-in port includes a slight delay. The speaker reportedly takes some milliseconds to play songs from a line-in connected device.

Google has acknowledged the issue but believes that the delay doesn't affect synchronisation of sound. This suggests that the company does not have plans to release any fix. Also, the speaker is touted to have "near perfect" syncronisation for most setups.

The latency issue in the Google Home Max is not a major one for general users who want to listen to their favourite tracks by connecting their external sources via a stereo cable. However, professionals such as DJs and musicians are likely to stay away from the latest Google speaker as they often preview the next song to play by matching it to the rhythm of an ongoing song.

Unlike the AUX port on the Home Max, the original Google Home and Home Mini support only Wi-Fi streaming and Bluetooth pairing options to play music externally. This makes the Home Max the only model in Google's portfolio specifically for audiophiles owning a classic tape deck. But the delay problem that has emerged would incline them towards other options available in the market.

Launched at $399 (approximately Rs. 25,600), the Google Home Max has 4.5-inch woofers with improved bass performance over the Home and Home Mini. It also has custom-made 0.7-inch tweeters. The smart speaker by Google includes a Smart Sound feature that adapts the audio on the basis of users' presence.

The Google Home Max is not the only speaker by the search giant that has been spotted with an issue. In October, the Google Home Mini was also reported with a bug that made it silently listen to its users at all times. The company initially fixed that flaw through a software tweak that disabled the hardware button but later brought an update to overcome the spying problem permanently.