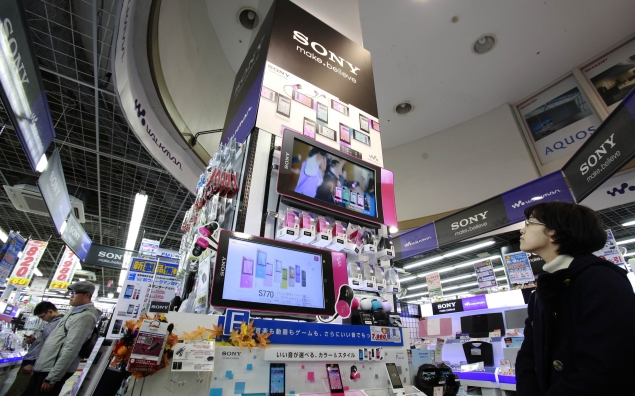 Actor-producer George Clooney criticized the growing influence of hedge fund head Daniel Loeb, a big Sony Corp shareholder who wants the conglomerate to spin off part of its entertainment division.

Clooney said in an interview published Friday by film trade publication Deadline Hollywood that Loeb, the billionaire head of Third Point LLC, was "a hedge fund guy who describes himself as an activist but who knows nothing about our business."

A spokesperson at Third Point, which has a 6.9 percent stake in Sony Corp, said the company had no comment.

Clooney's publicist, Stan Rosenfield, said the actor had no comments to add to those in the interview about Loeb.

The A-list actor's remarks came after Sony Corp CEO Kazuo Hirai said on Thursday that the company was carefully considering Loeb's proposal to spin off its entertainment assets, which include movies, television and music.

Smokehouse was the company behind the 2012 Iran hostage thriller "Argo," which won Best Picture at the Oscars earlier this year.

In the interview, Clooney accused Loeb of being "a carpetbagger, and one who is trying to spread a climate of fear that pushes studios to want to make only tent poles," referring to high-profile, big budget films.

Deadline said that Loeb had increased pressure on Sony to spin off its entertainment arm and criticized Sony Pictures Entertainment co-chief executives Amy Pascal and Michael Lynton for the poor box office performances of Sony's big-budget summer films "After Earth" and "White House Down."

Clooney said that Loeb's proposal, based on the underperformance of two films in Sony's large roster of movies, was misguided.

"If guys like this are given any weight because they've bought stock and suddenly feel they can tell us how to do our business - one he knows nothing about - this does great damage," the actor said.