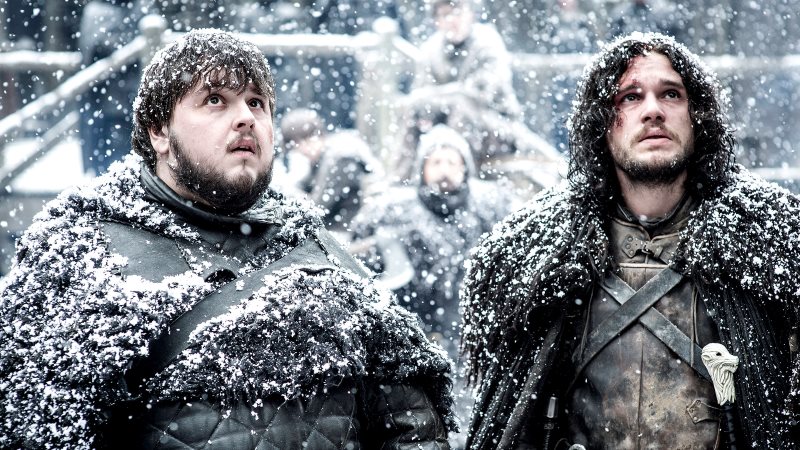 Winter has finally arrived on Game of Thrones, and that's only made it harder for the production crew it seems. The show won't be returning to its usual starting date of April because weather patterns here on Earth aren't the same as in Westeros.

Speaking during the latest episode of the UFC Unfiltered podcast, Thrones showrunners David Benioff and DB Weiss said that they have had to delay production on the seventh season in order to bring "grim, grey weather" to all the places they normally shoot in, to reflect what's happening on the show.

(Also see: Game of Thrones Has a Villain Problem, and It's Not the White Walkers)

Upon being asked if the show would hit its April premiere date, the two said: "No ... we don't have an airdate yet, but this year it'll probably be a bit later, [because] we're starting a bit later because at the end of this season, 'winter is here,' and that means that sunny weather doesn't really serve our purposes anymore. So we kind of pushed everything down the line, so we could get some grim, grey weather even in the sunnier places that we shoot."

Since the summer season is usually in full swing until the start of September in most of Europe - where shooting happens - that could result in a delay of 1-2 months, by our estimate. The sixth season that finished airing last week had the furthest start date for Game of Thrones, beginning on April 24.

Apart from arriving late, the seventh season will also have the honour of being the first season without 10 episodes. Benioff and Weiss think they are in the homestretch, and have decided on a total of 13 episodes over the course of final two seasons.

This is the second piece of news after HBO released the names of the directors who will be helming next season: Alan Taylor, Jeremy Podeswa, Mark Mylod and Matt Shakman. Taylor worked on the show for the first two seasons, directing episodes such as the final two of season 1 - "Baelor" and "Fire and Blood". Podeswa has been with the show since season five, and was responsible for the first two episodes of the latest season - "The Red Woman" and "Home". Mylod was in charge of episodes 7 and 8 this year, in "The Broken Man" and "No One". Shakman is the only new entrant to the club, having previously worked on shows such as It's Always Sunny in Philadelphia, the mini-series Fargo, and You're the Worst.