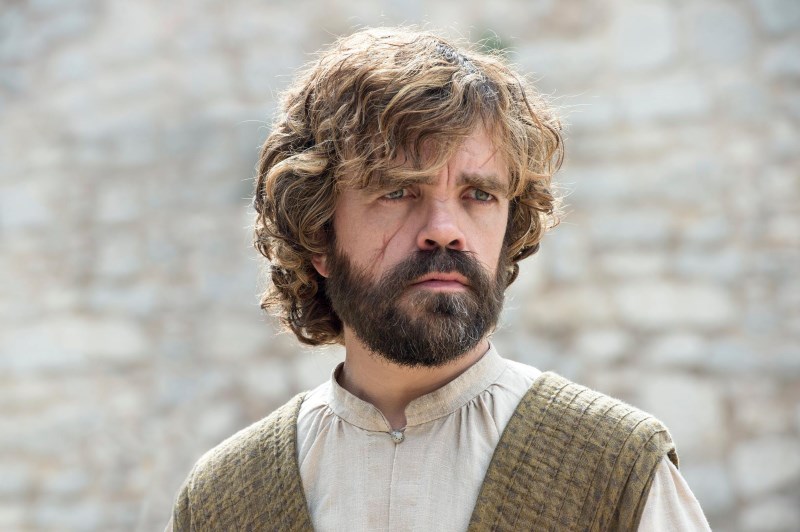 The new season of HBO's fantasy epic Game of Thrones has everyone in the dark - including book readers - and every twist and turn during the show's sixth showing will illicit genuine surprises all around. A new 30-second trailer promises just that, with Tyrion Lannister's (Peter Dinklage) opening words serving as a stark reminder of how Game of Thrones loves to upend the pecking order without any hesitation.

"Are you afraid?" asks the Imp to no one in particular. "You should be. You're in the great game now. And the great game is terrifying." Tyrion's line ends with Ramsay Bolton (Iwan Rheon) in frame, though it's doubtful the two will come across each other considering the massive distance between them. While the latter is in charge of Winterfell, the Lannister dwarf - after having driven a crossbow through his father, Tywin Lannister (Charles Dance) - now finds himself in Meereen having to rule the city after Daenerys Targaryen (Emilia Clarke) took to the skies with Drogon.

The Mother of Dragons, for her part, finds herself a captive of the Dothraki and will be seen at Vaes Dothrak, a city whose entrance is widely recognised as two huge horses on their hind legs. Elsewhere, characters are hinting at the most probable thing on the show: death. "One way or another, the gift will be given," notes Jaqen H'ghar (Tom Wlaschiha). "One way or another, a face will be added to the Hall."

And then, the High Sparrow (Jonathan Pryce) has declarations of his own at King's Landing: "We are sinful creatures, we deserve death. We all do." The trailer cuts to the faces of Cersei (Lena Headey) and Jaime Lannister (Nikolaj Coster-Waldau) during the dialogue, in what could be a sign of things to come for the ruling family of Westeros.

The sixth season of Game of Thrones will be telecast on HBO in the US on April 24, and will be shown by Star World Premiere in India on April 26.

Tesla's Model 3 Is Aimed at the Middle Market
For First Time, Drone Delivers Package to US Residential Area