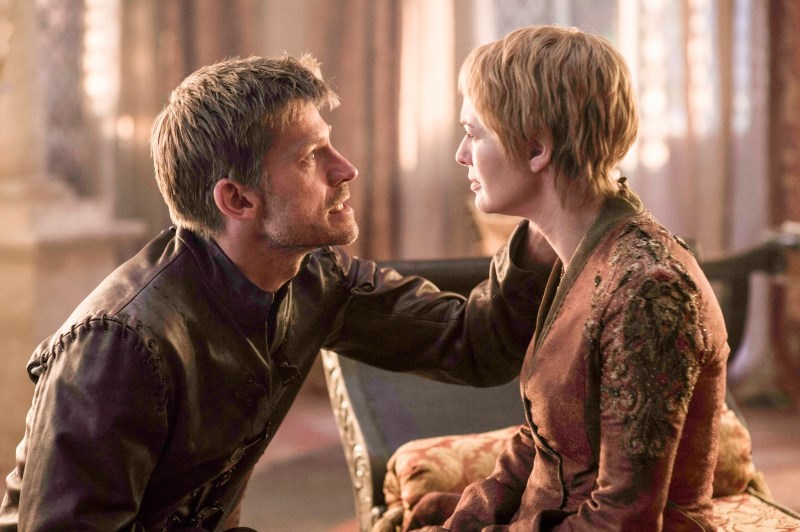 There's still a month and a half left for Game of Thrones to return with season 6, but HBO released a red band trailer on Tuesday - set to the mournful and sombre tunes of James Vincent McMorrow's "Wicked Game" - to bring you up to speed on the status of everyone involved and remind you of the show's insanely long cast.

The 1-minute video released last month was honestly more of a teaser, and was devoid of any actual Season 6 footage, but this trailer provides a lot more snippets of what's about to happen. It starts with a shot of Jon Snow's (Kit Harrington) body on the ground with Ser Davos' voice saying "He's gone". But from everything we've seen and read so far, it does seem he's going to be brought back from the dead, possibly in a Red God/ R'hllor fashion.

There's also Jaime Lannister (Nikolaj Coster-Waldau) promising his sister and (former?) lover Cersei - played by Lena Headey - that they will take revenge on the people who took everything from them. To remind you, the Lannisters have had a rough time in recent seasons, with Tommen (Dean-Charles Chapman) the only remaining child sprung from their affair.

Unfortunately, they have some serious opposition from one of their own in Lancel Lannister (Eugene Simon) who has become increasingly authoritative and bold since his commitment to the Faith. Speaking of the Faith, the army of King's Landing is set to march on the Great Sept of Baelor, and should face off against the newly risen Faith Militant.

Also, Melisandre (Carice van Houten) is finally coming around to accepting that her visions can deceive her and the High Sparrow (Jonathan Pryce) seems to have bigger plans of his own. And as usual, expect more bloodshed, sex and dragons. Oh, did we forget to mention White Walkers? Yeah, Bran (Isaac Hempstead Wright) is all grown up and he's going to face one of them, it seems.

There is clearly a lot presented through the trailer, and even the show's stars couldn't contain their excitement.

Guys..... This season.... You will NOT be disappointed. Oh boy. https://t.co/XjHARrsdAc #GameofThrones

The sixth season of Game of Thrones premieres next month on Sunday, April 24. With the show moving beyond the books, it's going to be interesting for all involved, for better or for worse.