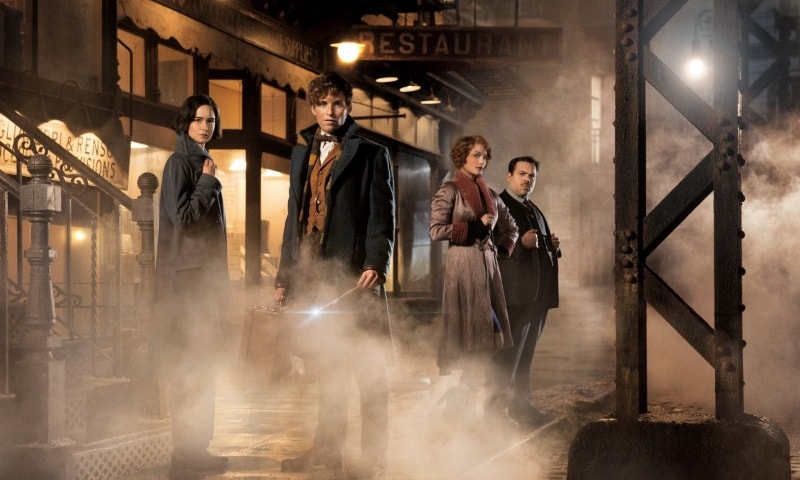 At an event for the upcoming Harry Potter spin-off Fantastic Beasts and Where to Find Them in London on Thursday, author J.K. Rowling – making her screenwriting debut with the film – announced there would be five, not three, films in what has to be now called the Fantastic Beasts franchise.

Asked by the moderator what audiences could expect next, Rowling said: “I’m not allowed to say too much. I can say one thing – we were doing some script sessions the other day, and I can tell you that we always knew it was going to be more than one movie. We knew that from the start.”

“We set the trilogy as a kind of placeholder, didn’t we?” she added, looking over at director David Yates. “We knew there would be more than one movie, but now, I think we can say – am I allowed to say that David, yes – so I’ve now done the plotting properly, so we’re pretty sure it’s going to be five movies.”

As would be expected, the news was greeted with huge roars from the fans present – at the event, or in the other parallel halls across the world, from Sao Paulo to Rome, Los Angeles to Mexico City, and New York. It came as a surprise to the cast as well, four of whom were on the stage, revealing that even they didn’t know.

Rowling later took to Twitter to clarify her statements further, in case someone was thinking there would be a minimum of five movies. It will, in fact, be a total of five. In a follow-up tweet, she added she was nearly done with the script for the second film. She also said that the future films would delve into characters from Potter’s world as well, namely the two great wizards involved in the Global Wizarding War – Albus Dumbledore and Gellert Grindelwald, his friend gone Dark.

As great as this is for Harry Potter fanatics clamouring for more visual depictions of the magical world, this time across the Atlantic in -century America, it does feel like the franchise is being milked until it runs dry. We were treated to a sub-par playscript rendition of Harry Potter and the Cursed Child earlier this year, and the franchise has had theme parks and an online community – where Rowling has penned thousands of words – for years now.

In the age of franchises and cinematic universes, it’s clear that Warner Bros wants to be on as many fronts as possible. For now, it’s only got the DC Extended Universe, Lego movies, and the Godzilla-Kong universe – the former has now faced two critical failures on the trot, and the latter two are only getting started.

Reviving a franchise that remains its most successful to date – but ended in 2011 with Harry Potter and the Deathly Hallows: Part 2 – makes simple financial sense to the studio’s executives, more so when you not only have the creator – Rowling’s – blessing but direct involvement in shaping its future. But the studio need only look to a property of its own – Peter Jackson’s The Hobbit – to understand the pitfalls of unnecessary expansion.

AMD Reaches Deal With Alibaba to Use Chips in Cloud Service