Death of the cassette tape much exaggerated 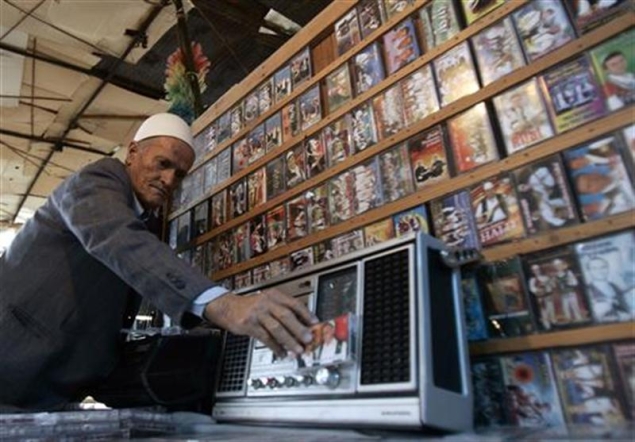 The widening gap between the amount of data the world produces and our capacity to store it is giving a new lease of life to the humble cassette tape.

Although consumers have abandoned the audio cassette in favour of the ubiquitous iPod, organisations with large amounts of data, from patient records to capacity-hungry video archives, have continued to use tape as a cheap and secure storage medium.

Researchers at IBM are trying to keep this 60-year old technology relevant for at least the next decade and they are getting help from rising energy costs, which are forcing companies to look for cheaper alternatives to stacks of power-hungry hard drives.

Evangelos Eleftheriou and his colleagues at IBM Research in Zurich, Switzerland, have developed a cassette just 10 cm by 10cm by 2cm that can hold about 35 terabytes of data, the equivalent of a library with 400 kilometres of bookshelves.

Unlike hard drive storage devices, which have to be on continuously, tape systems only consume power when data is being read or recorded, giving them a carbon footprint a fraction that of their disc-based counterparts.

Latency is the biggest disadvantage. Tapes have to be retrieved, usually by a robotic selector, and then loaded into a reading device.

But for much of the world's archived data, access time is not critical. From legal archives and company records kept to comply with legislation like the Sarbanes Oxley Act in the United States, to data on traffic flow and weather patterns, keeping secure copies is more important than instant access.

"If you have big data then you have really big backups," said Eleftheriou.

This is borne out by an estimate from consultancy Coughlin Associates that about 400 exabytes, equal to 20 million times the content of U.S. Library of Congress, is currently stored on tape.

The new IBM cassette, originally developed with Fuji Film, packs about 29.5 billion bits on a square inch of tape using a coating made from the chemical compound barium ferrite, which maximises so-called linear density - the amount of data that can be squeezed onto a length of the tape.

The other limitation is the number of tracks that can be laid down and the researchers have developed novel nanopositioning technologies that can position the read and write heads with an accuracy of 10 to 15 billionths of a metre.

Seriously big data
Eleftheriou and his team believe they can increase the storage capacity to 100 billion bits per square inch and they hope this will make tape storage a contender for one of the world's biggest data collection projects - the huge radio telescope known as the Square Kilometre Array (SKA).

In just over 10 years the SKA will start scanning the skies from two remote sites in South Africa and Australia, and it will generate 10 times the data traffic of the global internet.

"There's going to be a lot of data pouring out of what is essentially a giant computer with a few bits of metal (the dishes and the antennae) on the ends," said Andy Faulkner, an astrophysicist at Cambridge University and one of the project engineers on the SKA.

Faulkner said there has been quite a shift towards using hard drives in astronomy in recent years because their capacity has grown so far and fast, but the SKA will be a different kettle of fish, not least because of the vast amount of data it will generate and the restrictions on power usage from its remote location.

"In truth, nobody knows just yet what we will be using given the 10-year time frame but tape storage is very interesting because you don't necessarily need real time access to everything."