The Compaq Smart TV range will be available on Flipkart. 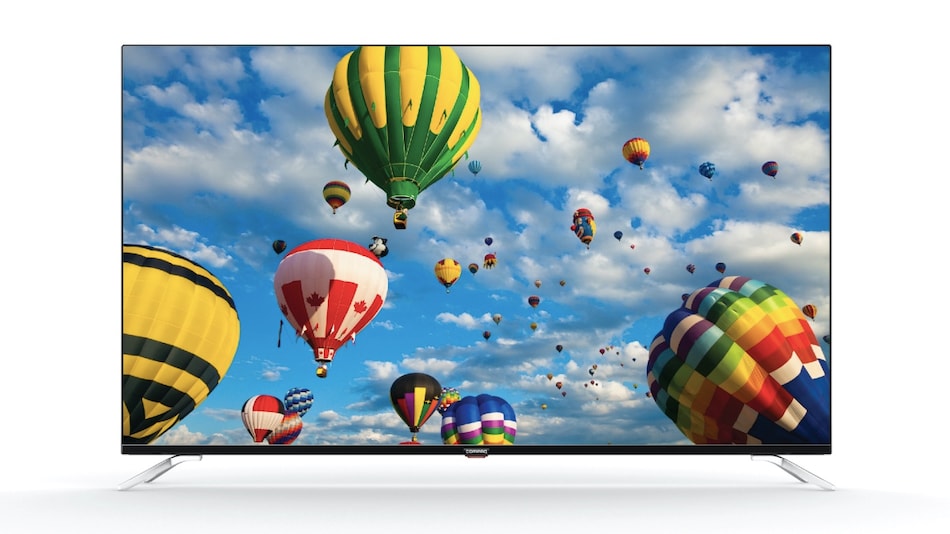 Compaq Smart TVs have been launched in India, starting with the Hex 4K QLED TV range which is priced at Rs. 59,999 onwards. The televisions go on sale on Flipkart from September 1 onwards, and are priced at Rs. 59,999 for the 55-inch variant and Rs. 89,999 for the 65-inch model. The QLED TV range from Compaq will go up against similarly priced models from brands such as OnePlus and TCL, and the company has also announced that it will be launching more affordable televisions with sizes ranging from 32 inches to 55 inches in the coming weeks.

The first launch in the new Compaq range are the Hex 4K QLED Smart TV range, available in sizes of 55 inches and 65 inches, priced at Rs. 59,999 and Rs. 89,999 respectively. Both TVs in the series have Ultra-HD (3840x2160-pixel) QLED screens, and run on Android TV, with access to the Google Play Store to download various apps and games. The televisions also support high dynamic range content up to the HDR10 format, and support other technologies including Mimi Hearing Technology, Wide Colour Gamut Plus, and Experience Stabilisation Engine.

For sound, the Compaq Hex QLED TV range supports Dolby Audio and DTS TruSurround Technology. The TVs have 2.5GB of RAM and 16GB of storage for apps and app data, along with Wi-Fi connectivity up to 5GHz, four HDMI ports, and three USB ports. Strangely, there's no support for the superior Dolby Vision HDR format, which will be a shortcoming for the TVs when compared to competing options from TCL and OnePlus.

The Compaq brand is best known for laptops, although these are no longer manufactured. In India, the Compaq brand has been licensed for smart TVs by Noida-based electronics manufacturer Ossify Industries. The company has plans to eventually manufacture Compaq televisions in India, and recently acquired a manufacturing plant in Haryana for this.

According to an online listing, Ossify Industries is involved in the manufacture of electric motors, generators, and transformers. Earlier this year, it reportedly acquired a manufacturing facility in Kundli, Haryana for about Rs. 225 crore, which is supposed to start production in 48 months to scale up the Compaq TV business.

Ossify Industries further plans to launch more affordable televisions in India in the coming weeks, with sizes ranging from 32 inches to 55 inches. These are likely to be LED TVs, with the resolutions ranging from HD to Ultra-HD, and will take on increasingly fierce competition in the segment from brands such as Xiaomi, Vu, OnePlus, and Hisense, among others.