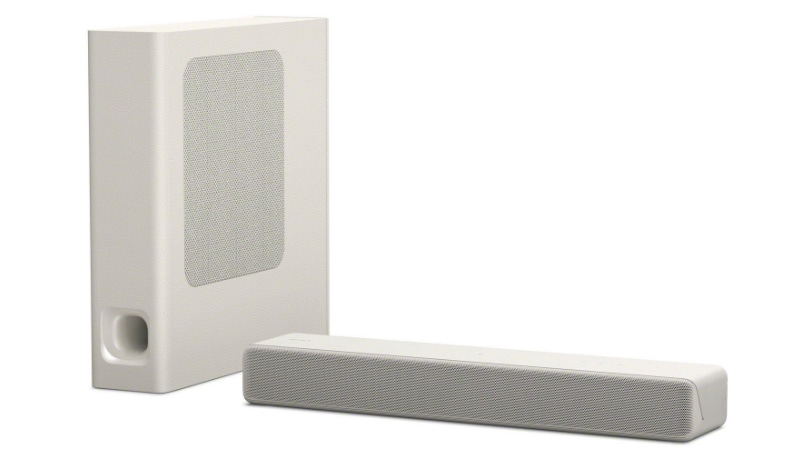 Sony has taken the CES 2017 centre stage to launch a few audio accessories. This includes compact soundbars that come with built-in Chromecast and Spotify Connect support. Furthermore, the company also launched Extra Bass headphones and speakers at the trade show, apart from unveiling a prototype of its upcoming wireless earbuds.

Sony Soundbars
First up, the new Sony HT-MT500 compact soundbar comes with a wireless subwoofer that can either slide under the sofa or be planted on the wall. In either case, there's a specific setting for sound adjustment. It comes with Chromecast built-in, and also has Spotify Connect support. For connectivity, there's Bluetooth and NFC support. A separate Sony HT-MT300 model has also been introduced for those who aren't that interested in Chromecast.

The HT-CT290 also comes with a wireless subwoofer and Bluetooth connectivity. The HT-CT800 comes with superior audio quality packing in Dolby TrueHD and DTS-HD Master Audio. However, the most premium variant is the HT-ST5000 which comes with Dolby Atmos support for high quality audio. Talking about ports, the flagship soundbar sports a USB jack, HDMI port, one HDMI ARC connection. It pairs via Bluetooth as well and works with Google Home. What this means is that you can control your audio levels just by shouting it out to Google Home. Pricing and availability of all these soundbars have not been revealed.

Sony Extra Bass Headphones
Adding many new options to its Extra Bass line, Sony has introduced two new wireless options, and wired-in ear and on-ear option as well. The two wireless models are MDR-XB950N1 and MDR-XB950B1. For connectivity, there's Bluetooth and NFC. The MDR-XB950N1 has noise cancelling tech, while the other one doesn't. The N1 earphones offer 22 hours of listening time before they need to be recharged, while MDR-XB950B1 offers 18 hours. Both the accessories can be controlled through a Sony Connect app, where you could adjust audio levels, and even increase and decrease bass if the need be. For the N1, the app allows you to switch on/off noise cancellation as per your preference.

Moving onto the wired options, there's a sports in-ear MDR-XB510AS model that is touted to be waterproof and sweatproof, ideal during workouts. There's also a normal on-ear MDR-XB550AP model introduced that comes in five colours and an in-line remote. Again, pricing and availability has not been announced.

Sony Extra Bass Speakers
Sony has added a host of new speakers to its Extra Bass line as well. If you're looking for compact speakers, Sony has unveiled the tiny SRS-XB10. It is a 3x3-inch speaker that touts no compromise on bass quality because of size. The company also introduced SRS-XB40, SRS-XB30 and SRS-XB20 speakers. The main highlight is that all of them can be paired together to crank up the volume at a party. Almost ten speakers can be paired at one time through the SongPal app. The speakers feature lights, and they can be turned on/off through the app as well. With the SRS-XB40, you can even get the lights to dance a bit, with the controls available on the app. Pricing is not known, but availability is pegged vaguely for 'spring'.

Sony Wireless Earbuds
At CES 2017, Sony even demoed its own wireless earbuds along with its charging case. These were just prototypes, and Sony gave no pricing and availability details for these accessories. Neck-anchored wireless headphones were also put on display. More details on both are expected later in the year.

How to Disable Birthday, Live Video, and Other Annoying Notifications on Facebook
Intel Project Alloy VR Headsets Could Be in Your Hands by the Beginning of Next Year