The European Commission launched an investigation into Broadcom in June 2019 and even threatened to issue an interim order. 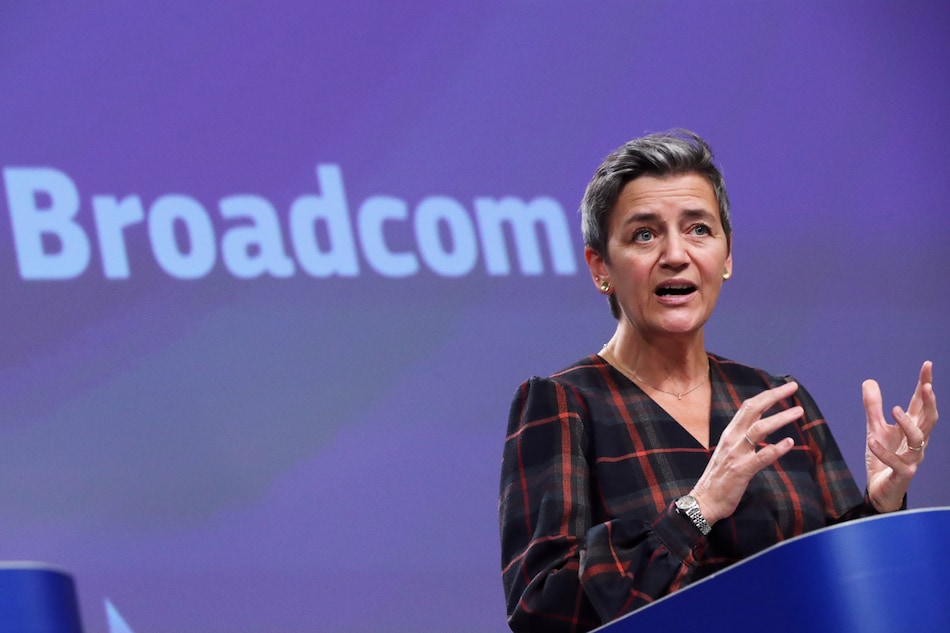 US chipmaker Broadcom will scrap its exclusivity deals with TV and modem makers in a deal with EU antitrust regulators aimed at ending a year-long investigation without a finding of wrongdoing, the European Commission said on Wednesday.

The European Commission launched an investigation into the company in June last year and even threatened to issue an interim order, its first in almost two decades, to stop such practices while the probe was ongoing.

Broadcom, which makes chips to power smartphones, computers and networking equipment and is a major supplier to Apple, subsequently offered to end its exclusivity deals.

"Broadcom will suspend all existing agreements containing exclusivity or quasi-exclusivity arrangements and/or leveraging provisions concerning Systems-on-a-Chip (SoCs) for TV set-top boxes and Internet modems, and has committed not to enter into new agreements comprising such terms," the EU competition regulator said in a statement.

In Europe, Broadcom will not offer price or non-price incentives to TV and modem makers to buy a minimum number of its products nor tie such purchases to sales of other products.

The concessions are valid for seven years.