Blaupunkt CyberSound series starts at Rs. 14,999 for the 32-inch model. 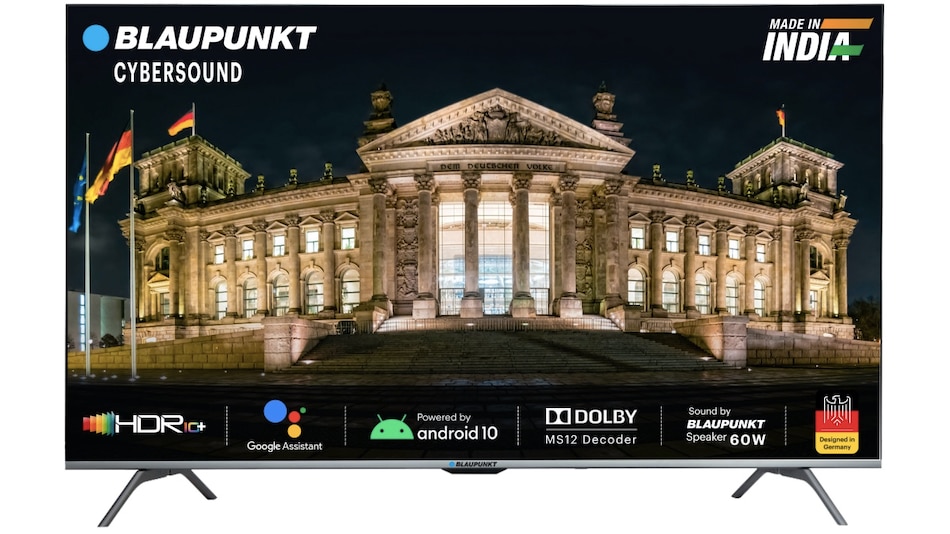 Blaupunkt CyberSound Series Smart TVs have been launched in India, priced at Rs. 14,999 onwards. The new television series features four models in sizes ranging from 32 inches to 55 inches and resolutions ranging from HD to Ultra-HD. The TV models in the series are touted to have a better and louder sound output than other options in the price range. The Blaupunkt CyberSound series runs on Android TV for smart connectivity, and is set to go on sale via Flipkart on July 10. Blaupunkt televisions are being made in India by Super Plastronics Pvt. Ltd. (SPPL), a major original equipment manufacturer that is also known for manufacturing TVs under the Kodak and Thomson brands in India.

The new range from Blaupunkt will go up against strong competition in the affordable TV segment from various brands including Xiaomi, Vu, Realme, TCL, and Samsung, to name a few. However, Blaupunkt will hope that the specifications, and particularly the sound output and claims of sound quality, will help the CyberSound range stand apart.

Apart from sound, the Ultra-HD variants have support for HDR content up to the HDR10+ format. All televisions in the range run on Android TV 10 with access to the Google Play store for apps and content. Along with Android TV, the televisions also have built-in Google Chromecast and access to Google Assistant for voice commands. RAM and internal storage varies depending on the variant with the flagship 55-inch option having 2GB of RAM and 8GB of internal storage for apps and app data, along with a quad-core processor.

There is also Bluetooth, HDMI, and USB connectivity on the Blaupunkt CyberSound TV models, along with support for Apple AirPlay and a peak refresh rate of 60Hz across the range. The TV models have up to 450 nits of peak brightness, depending on the size and variant.