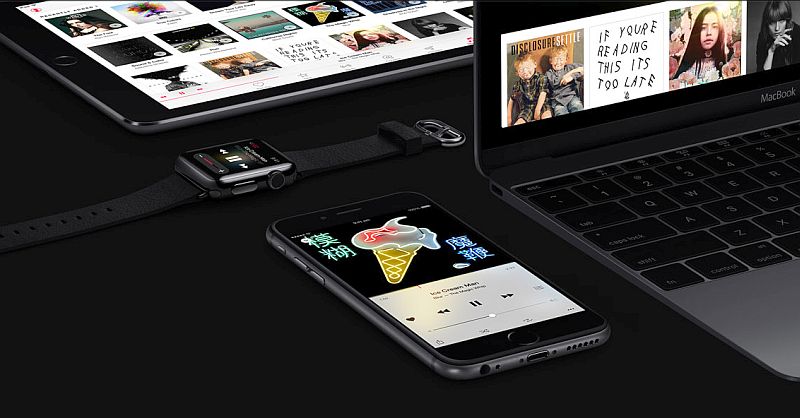 Apple is reportedly working on bringing a high-resolution audio format to Apple Music as soon as next year, according to a report. The new 'Hi-Res' audio format is said feature a 96kHz, 24-bit sampling rate for Apple Music subscribers. This would imply using the Lightning port instead of the 3.5mm audio jack to maintain output quality.

Japanese blog Macotakara cites several insiders familiar with Apple's plan to report that the Cupertino-based giant is looking to offer Hi-Res audio on its music streaming service next year. The report further claimed that the insiders were present at the Portable Audio Festival exhibiting their products. Details about Hi-Res audio streaming for Apple Music are limited as of now. Apple Music currently streams audio at up to 256Kbps.

To recall, Apple last year reportedly quietly introduced new specification for manufacturers in its MFi (Made For iOS devices) program that allowed the Lightning connector to be used as a port for audio devices such as headphones, just like the standard 3.5mm jack. It was also reported that the Lightning headphones would be capable of receiving lossless stereo 48KHz digital audio output from Apple devices and sending mono 48KHz digital audio input. The company was then rumoured to use the support in a future update however it is yet to make any such announcement.

Philips Fidelio NC1L with battery-free active noise cancelling feature launched earlier this year was one of the headphones that connected to an iPhone via a Lightning cable. There aren't however too many such headphones out in the market.

A recent report had claimed that Apple was working on a new Lightning connector which would support Lightning-equipped headphones. The port, which was said to retain the same size, would also come with a digital-to-analogue converter for backwards compatibility with wired headphones, the report had added. A user would understandably require a 3.5mm jack-to-Lightning adapter for that.