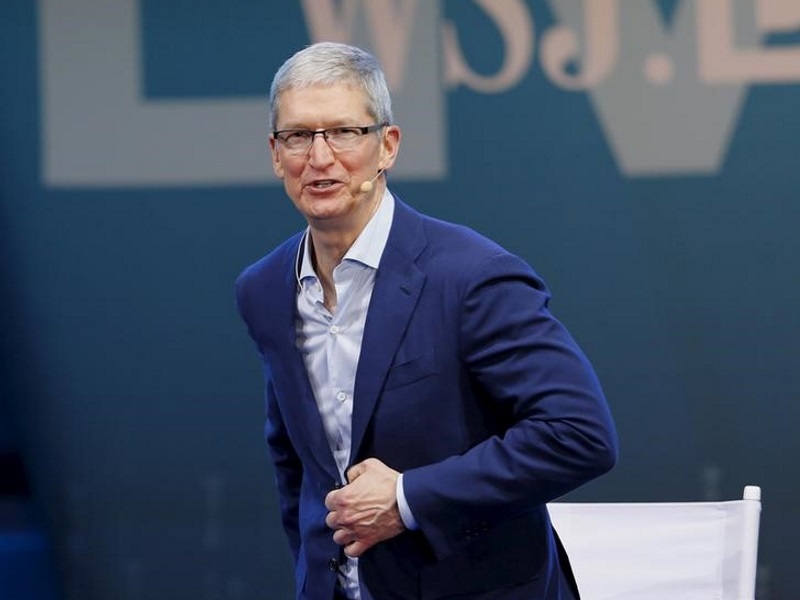 Speaking at a technology conference organised by The Wall Street Journal in Laguna Beach, Calif., Cook said that an additional 8.5 million people are participating in a free trial of the Apple Music service. That gives it more than 15 million users in total, which Cook described as a successful debut.

"I'm really happy about it, and I think the runway here is really good," Cook said.

Released in June, Apple Music is the company's attempt to carry its dominance of digital music through its iTunes store into the era of music streaming pioneered by Spotify and others. Apple is allowing users to test its service with a 90-day free trial, which elapsed for the first users earlier this month.

Analysts have predicted that Apple's service will find a strong following due to the vast installed base of iTunes users, but few think the iPhone maker will eclipse other music streaming companies. Spotify, the industry leader, has more than 20 million paid subscribers worldwide, the company has told Reuters.

In a wide-ranging conversation with Gerard Baker, editor in chief of The Wall Street Journal, Cook also touched on Apple TV, which recently received a long-awaited update. A new version of the set-top box featuring apps and expanded search features will be released later this month, but the product does not include a streaming TV service, which industry executives say the company is exploring.

Although television has been slow to change, Cook expressed optimism that the industry will eventually embrace his vision of apps for TV.

"There are very few content owners that believe that the existing model will last forever," Cook said. "I think the most forward-thinking ones are looking and saying, 'I'd rather have the first-mover advantage.'"

Cook did not publicly acknowledge efforts by Apple to build an electric vehicle, which sources tell Reuters are under way. But he sketched out his future vision of what cars will look like, with a greater infusion of technology.

"What I see is that software becomes an increasingly important component of the car of the future," he said. "You see that autonomous driving becomes much more important."