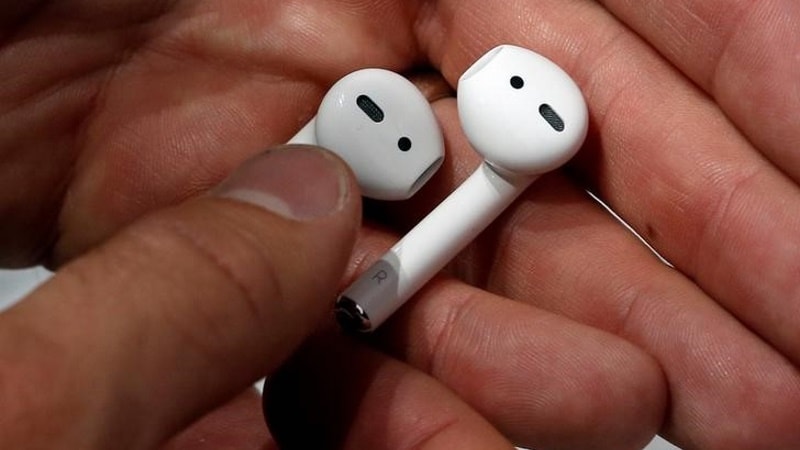 Apple Inc's new wireless headphones could be a problem for recyclers, according to an electronics firm that took apart the device to review its component parts.

Apple has been promoting a more environmentally conscious image for the company after having come under fire in the past for constructing its devices so tightly that their components can be difficult to cost-effectively disassemble for recycling.

"They're basically saying this is the future of headphones," said Wiens. He estimates Apple has sold 1.4 billion pairs of iPhone and iPod headphones, weighing about 31 million pounds. Given that the iPhone 7 ships without a traditional headphone jack, AirPods may signal Apple's future.

"There could easily be a billion of these things over the next 10 years," Wiens said.

Apple has said that the $159 (roughly Rs. 10,794) AirPods can be returned to the company for recycling. A spokesman declined to comment further on recycling the devices.

The headphones, which Apple released last week after a one-month delay, have garnered positive reviews.

The AirPods contain three lithium-ion batteries, one in each pod and one in an accompanying charging case.

Recyclers can shred wired headphones and send them to a smelter that will melt them down for the copper inside. But the lithium-ion batteries in AirPods cannot be shredded because they could catch fire while being destroyed.

The AirPods carry regulatory markings that say they are not intended to be thrown away in the trash and should be disposed of as electronics waste.

Willie Cade, CEO of Chicago-based PC Rebuilders & Recyclers, who was briefed on the AirPods' construction by iFixit, said the labor involved in removing the batteries would make it hard to cost-effectively recover any of the materials from the devices.

"I can't do it by hand. It's cost prohibitive," Cade said, adding that the AirPods would need to go into a shredder, but that "there's a relatively high risk of fire".