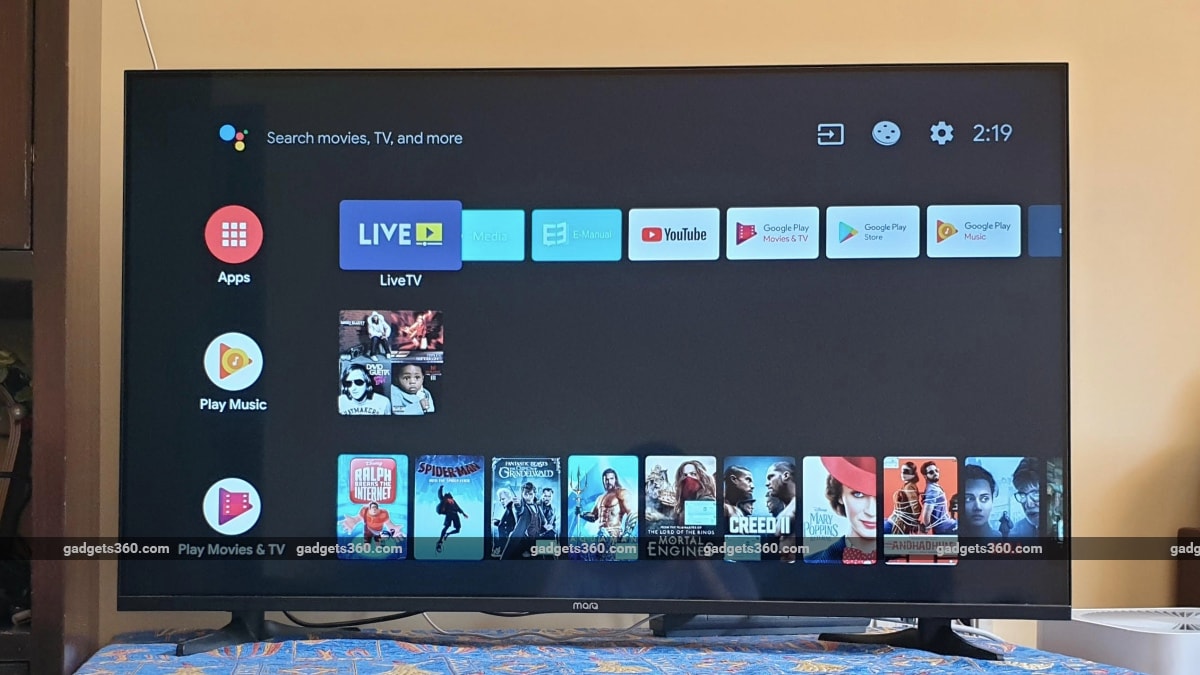 Android TV is gaining popularity in India, but heavy data consumption is still a problem for users.

Smart TVs are getting very popular in India as the quality of content on streaming services continues to increase. Among the more popular ways to stream audio and video content on your TV is through the built-in sort platform, and Android TV is a leader in that segment. Google, in an effort to build Android TV's presence in India, has announced a new feature called Data Saver. The feature is focused on typical usage patterns in the country, and aims to help users save on Internet data.

According to the announcement made on Google's official India blog, the new Data Saver feature will let users watch up to three times more content with the same amount of data used. The feature works when Android TV devices are connected to mobile Internet connections, such as mobile hotspots or dongles.

Google states that users in India may not necessarily have access to Wi-Fi home Internet, and this new feature is to ensure that they can watch content on Android TV without risking excessive data consumption on mobile data plans. Google hasn't detailed exactly how this works, but it will likely natively limit the resolution of content streams on various apps on Android TV.

The new features will initially roll out to Android TV devices from Xiaomi, TCL, and MarQ by Flipkart in India, with a global roll-out to follow. The new Mi TV 4X and Mi TV 4A models introduced by Xiaomi on Tuesday are the first to come with the Data Saver function, according to the Chinese electronics manufacturer.

Meanwhile, a report by XDA Developers suggests that Google Stadia, the company's cloud-based gaming platform, is unlikely to come to Android TV until late 2020, although it will roll out more widely as early as this year itself.