Amazon India Says 80 Percent of TVs Sold on Its Platform in 2019 Were Smart TVs, Samsung & LG Among Top Brands

More Fire TV Edition models are coming to India in 2020. 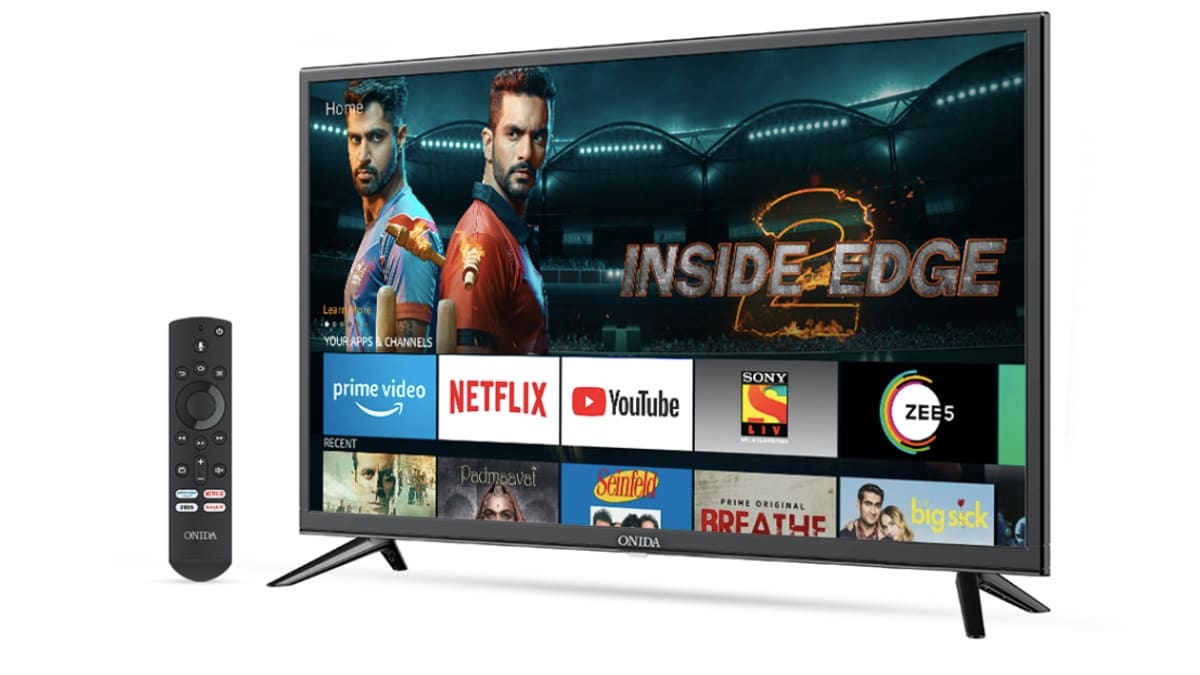 The last few years have seen the television segment transform significantly, and there have been some big improvements in the televisions themselves. A big factor when it comes to TV sales in India is smart connectivity, and more people are looking beyond traditional means of watching TV to adopt online streaming. According to an Amazon spokesperson, 80 percent of televisions sold in India on Amazon in 2019 were smart TVs, indicating that both customers and television manufacturers see the future in online video streaming.

“In 2019, 80 percent of televisions sold on Amazon in India were smart TVs, a big increase from 2018 when the figure was 50 percent” said Garima Gupta, Category Leader for televisions at Amazon India. This has to do with both the customer and the manufacturer; while customers are looking to buy smart TVs, manufacturers have also made the technology cheaper with prices for basic smart TVs starting at under Rs. 10,000.

While brands such as Xiaomi and Vu might be getting a lot more attention with their product launches online, Samsung and LG unsurprisingly remain popular choice even for buyers online, according to Gupta. This is largely down to a strong brand presence in consumers' minds, ensuring that buyers stick to these brands even when shopping online. Apart from the Korean conglomerates, brands such as Xiaomi and TCL are also among the most popular options on Amazon, while Indian brand Vu has shows a lot of promise in the few months that some of its models have been officially available on Amazon.

Although Android TV is the most popular smart TV platform in India, Amazon is positive about the potential for its own Fire TV Edition series of televisions.

After launching with Onida last month, Amazon will be looking to expand on its Fire TV Edition lineup in India. “We're definitely looking to add new features and partners for the Fire TV Edition series, and are working with manufacturers to get more models out in 2020. We will be bringing 4K-resolution Fire TV Edition televisions as well,” continued Gupta.

Fire TV Edition televisions are an alternative to Android TV, with the same software as what you get on the popular Fire TV Stick series to enable access to apps and content services. Popular services such as Amazon Prime Video, Netflix, Hotstar, and Apple TV+ - to name a few - are already present on the platform.

Apart from just selling and delivering the televisions, Amazon has also been adding value in terms of services offered to sweeten the sale. The company offers exchange schemes on televisions in over 100 towns and cities across India, no-cost EMI, and unified delivery service. The latter has been popular with customers, since it lets buyers have scheduled delivery and installation done during the same visit.

Amazon is looking to build on these experiences, according to Gupta. “In 2020, we are looking to improve the process of television returns for customers who face problems. We also want to bring scheduled deliveries to more pin codes, as we continue to improve our infrastructure. Tier 2 cities in India will be a strong focus point for Amazon when it comes to TV sales in 2020,” she said.

Kabir Khan on The Forgotten Army: ‘I Don’t Subscribe to the British Point of View’
US Video Game Spending Fell in 2019, Call of Duty: Modern Warfare Bestselling Game of Q4 2019, Says NPD Group