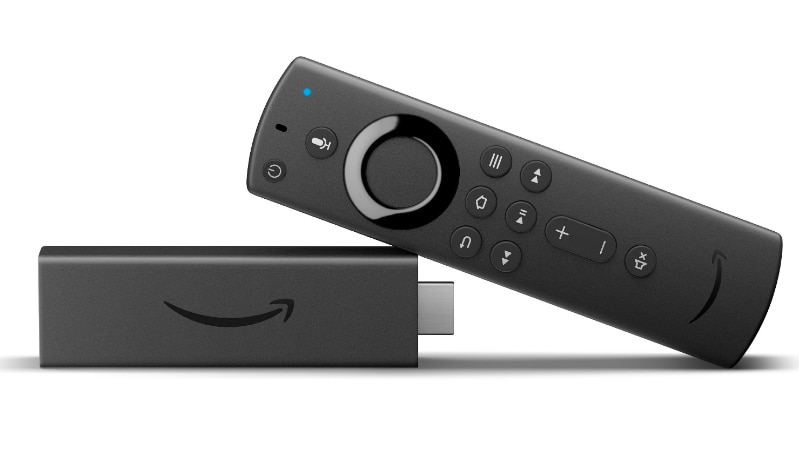 Amazon Fire TV Stick 4K, Echo Sub, and all-new Kindle Paperwhite are now available in India. The new Fire TV Stick model that was launched in the country last month comes with a price tag of Rs. 5,999. The Echo Sub on the other hand is priced at Rs. 12,999, while the all-new Kindle Paperwhite, which is thinner, lighter than the previous model as well as being waterproof, starts at Rs. 12,999 for the 8GB Wi-Fi model, and goes up to Rs. 17,999 for the 32GB Wi-Fi model. The new Alexa Voice Remote, available with the Fire TV Stick 4K, is also available standalone at Rs. 1,999.

The Fire TV Stick 4K is available for purchase in India through Amazon.in. Customers can also opt for a two-year OneAssist Protection Plan at Rs. 499. Additionally, the new Alexa Voice Remote is available separately for existing Fire TV Stick users at Rs. 1,999.

Amazon claims that the Fire TV Stick 4K is over 80 percent more powerful than last year's Fire TV Stick. It is powered by a quad-core processor clocked at 1.7GHz and is touted to be the "first media stick available with Dolby Vision" support. Further, there is support for 4K Ultra HD, Dolby Atmos, HDR, HDR-10, HLG, and HDR10+ content. Users can also use the Alexa integration by pressing the voice command button on the bundled remote to watch their 4K content using their voice. There is also 8GB of onboard storage as well as Bluetooth 5.0+ LE and dual-band, dual-antenna Wi-Fi that supports 802.11ac networks. For connectivity, the Fire TV Stick 4K has an HDMI output and supports power via Micro-USB.

The bundled Alexa Voice Remote combines Bluetooth and multidirectional infrared technology alongside using a proprietary cloud-based service from Amazon to enable controlling of your TV set as well as the Fire TV Stick simultaneously - without requiring the use of the native remote controller of your TV. There are dedicated power, volume, and mute buttons to control your TV, soundbar, or other AV equipment. Also, the Alexa Voice Remote has a voice button and other Fire TV Stick controls. Users with the previous-generation Fire TV Stick can also use the new Alexa Voice Remote to avail its ability to control TV sets. Amazon is additionally bringing Alexa integration to the existing Fire TV Stick via a software update.

Similar to the previous Fire TV Stick, the Fire TV Stick 4K supports content from services such as Amazon Prime Video, Hotstar, Netflix, Zee5, and SonyLIV among others. It also has Firefox and Silk browsers to let you surf the Web or access YouTube and Facebook. Furthermore, you can listen to your favourite music by accessing Amazon Prime Music, Gaana, and TuneIn. It is worth mentioning here that while the Fire TV Stick 4K supports 4K UHD content delivery, your TV set needs to have 4K support in order to enable the high-quality experience.

You can also use new Alexa skills on the Fire TV Stick 4K to view live camera feeds, check sports scores, order food, book a cab, or stream songs using your voice. Likewise, you can pair your Echo devices with your Fire TV to control your TV and ask Alexa to play and search for your favourite content, access new apps, or control the playback on your Fire TV - all without using the bundled remote.

With the latest arrival, the Amazon Fire TV Stick 4K becomes one of the cheapest native 4K players in India. The Apple TV 4K is already available in India as a 4K player. However, it is not as affordable as the Fire TV Stick 4K, with a starting price of Rs. 17,430 for the 32GB storage variant, and Rs. 19,480 for the 64GB variant.

Finally, the all-new Kindle Paperwhite was launched in October, and is available for purchase via Amazon. The Kindle Paperwhite is rated at IPX8, which means it can be immersed in up to two metres of water for up to 60 minutes. Kindle users have been asking for this feature for a long time, and Amazon has finally brought it to the Paperwhite as well. The first waterproof ebook reader from Amazon was the Kindle Oasis, but this feature is now available at a more accessible price point.

The screen size of the device is the same as the previous generation Kindle Paperwhite at six inches. The top model - 32GB with Wi-Fi and 4G - is the only 4G Kindle on the market. The much more expensive Kindle Oasis still ships with a 3G variant.