The Amazon Fire TV Cube (2nd Gen) is the most powerful Fire TV device yet. 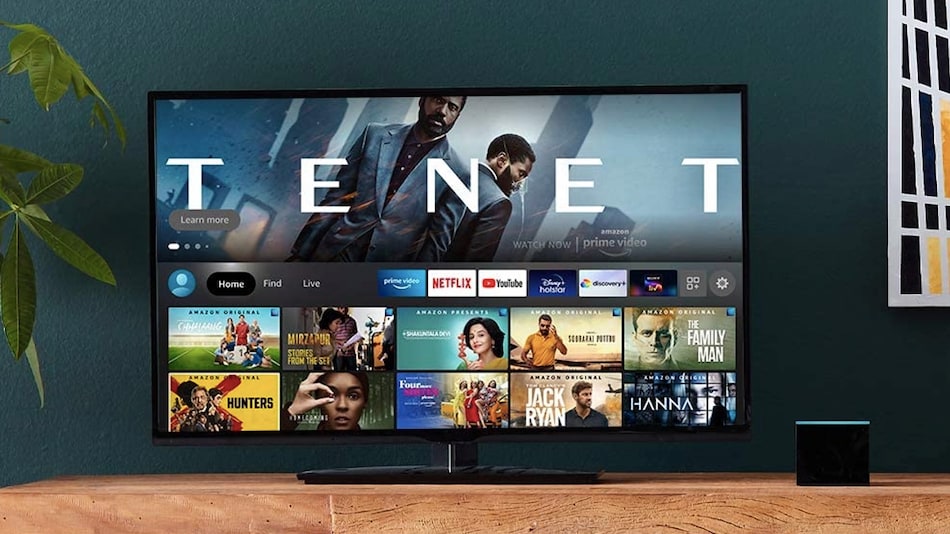 Amazon Fire TV Cube (2nd Gen) has been launched in India priced at Rs. 12,999. The streaming device, touted as the most powerful yet from Amazon, combines the capabilities of Amazon's Fire TV and Echo smart speaker ranges, offering up to Ultra-HD HDR streaming and hands-free access to Alexa voice assistant. Various HDR formats up to Dolby Vision, as well as Dolby Atmos audio, are supported on the Amazon Fire TV Cube (2nd Gen). The new device goes on sale today via Amazon and select Croma and Reliance Retail outlets across India.

Although an HDMI cable needed to connect the Fire TV Cube (2nd Gen) to your home entertainment setup is not included in the box, Amazon is providing it at no extra cost along with the device as an introductory offer.

At Rs. 12,999, the Amazon Fire TV Cube (2nd Gen) is the most expensive streaming device in the Fire TV range yet. Its core functionality of Ultra-HD streaming and support for HDR and audio formats is similar to that of the Fire TV Stick 4K, but the Fire TV Cube (2nd Gen) improves on this with hands-free Alexa access and better connectivity options. The device also goes up against the new Apple TV 4K, which will be available in India soon starting at Rs. 18,900.

The Amazon Fire TV Cube (2nd Gen) is the most advanced device in the Fire TV range, and is capable of streaming at Ultra-HD resolution with support for various HDR formats including Dolby Vision, HDR10+, HDR10, and HLG. For audio, the Dolby Atmos format is supported, with the Fire TV Cube sending the signal to your connected television or home entertainment setup.

On the software front, the Fire TV Cube (2nd Gen) runs on Fire TV OS with a revamped user interface that was rolled out in late 2020. All major streaming services are supported on the platform through dedicated apps, including Amazon Prime Video, Netflix, Disney+ Hotstar, YouTube, and Apple TV, to name a few. Users can utilise the Fire TV Cube to stream movies, TVs, and other audio and video content directly to their home entertainment setup.

A key new feature on the Amazon Fire TV Cube (2nd Gen) is hands-free Alexa voice assistance, with the device sporting an always-on microphone and a small speaker to listen for the Alexa wake word, hear voice commands, and respond through voice prompts or chimes. This can be used to voice control the Fire TV Cube, including turning on or off the connected television or home theatre setup, opening apps and selecting content, adjusting the volume, and scrubbing through videos on selected apps.

While the device does have a speaker, audio content cannot be played on it; music and podcasts are played back on the connected setup such as your television or connected soundbar. There is also a remote included with the Amazon Fire TV Cube (2nd Gen) that can be used to control the device and navigate the interface traditionally. Hotkeys for Netflix, Amazon Prime Video, and Amazon Music are present on the remote.

For connectivity, the Amazon Fire TV Cube (2nd Gen) has an included IR extender adapter, as well as an Ethernet adapter for wired connectivity. Buttons on the top of the device control the volume and microphone always-on mode, and a light strip provides visual prompts similar to Echo smart speakers.