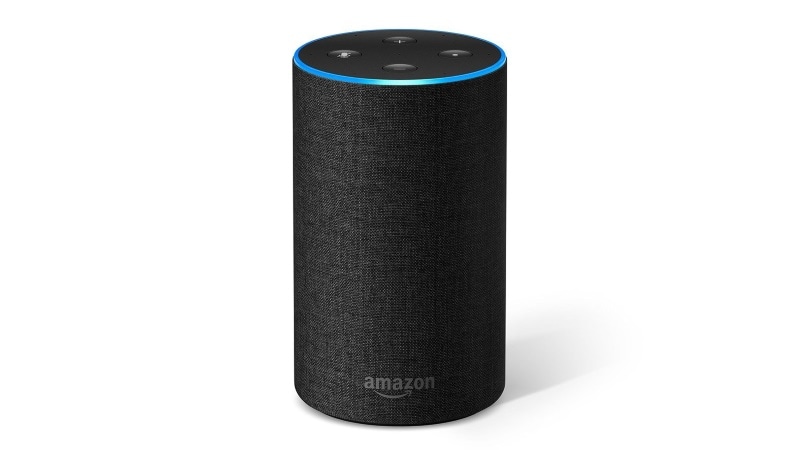 The company introduced four completely new products to its smart-speaker category: the high-end Echo Plus that doubles as a smarter home hub; the Echo Spot which is a smart alarm clock with a video screen; a set of button accessories aimed at making the Echo more of an entertainment device; and the Echo Connect - a $35 (roughly Rs. 2,300) speakerphone box that plugs into the traditional landline connection and uses your home phone number.

Amazon also revealed updates to the Echo, which hasn't seen an upgrade since its 2014 launch, and decreased the size of the Fire TV so that it's no longer its own set-top box. Though it still offers 4K streaming, it now plugs entirely into the back of a TV. BMW also announced it will put Alexa-friendly microphones and the voice assistant in select BMW and Mini models in 2018.

The aggressive push to make Alexa as ubiquitous as possible may substantially raise expectations for others in the space, such as Google and Apple - which has yet to even launch its dedicated smart home speaker, the HomePod.

(Amazon chief executive Jeff Bezos is the owner of The Washington Post.)

Amazon's senior vice president of devices Dave Limp said that the company dedicates 5,000 people to Alexa and Echo alone to help with this efforts - a huge effort, given that reports place its competitors' teams at dozens or hundreds of employees. Limp said, however, that Amazon saw demand for development with Alexa from all stripes - products, services and hardware. That focus may explain how Amazon has been able to tackle one of the biggest obstacles facing the smart home: how difficult it is to set up.

The complexity of setting up a smart home - downloading apps, figuring out which devices work with which services, even naming each individual bulb - has proven a major hurdle to smart appliance adoption even as companies aggressively pursue the space.

But Limp showed off how Alexa - using the $149 (roughly Rs. 9,800) Echo Plus - can now make smart home set-up as easy as, well, screwing in a light bulb. Shortly after twisting the bulb into the socket, the Echo Plus picked it up in a scan for smart devices in the room, named it and was able to control it within 15 seconds.

Every version of the higher-end Echo will also ship with its own Philips Hue lightbulb, as a very transparent push to get more people to try out the smart home for themselves.

Adding the Echo Plus puts Amazon's speakers, price-wise, on either side of Google's $130 Home.

Amazon showed off the Echo Spot which could work for those more comfortable with the idea of smart home technology. About the size of a compact clock radio, the Spot features a video screen that can play video, display a watch face and be used for video calls. The $130 (roughly Rs. 8,500) Spot is essentially a more compact riff on the Echo Show, the video-enabled Echo that debuted earlier this year.

Amazon's also making a new push to style the Echo as a more active entertainment device. Echo Buttons, which would look at home on any game show set, connect to an Echo device via Bluetooth; the firm showed off a trivia game demo, where players buzzed in when they knew the answer. Toy giant Hasbro will make a version of Trivial Pursuit that uses the buttons, Limp said.

The traditional Echo saw a price drop, to $99 (roughly Rs. 6,520), and a redesign that makes it more compact, a little shorter and a little squatter. A new "routines" features allows Echo to trigger multiple actions - turning on lights, opening the blinds, starting the coffee maker - from a single phrase such as "Alexa, good morning." Both the Echo and Echo Plus will get free outbound calls to any number in the US, Canada and Mexico, pulling contacts from your smartphone.

The forceful push on hardware - at relatively low prices - dovetails exactly with Amazon's hardware strategy in the past, analysts said.

"For Amazon, hardware is a means to drive more consumption be it media or washing powder," said Geoff Blaber of CCS Insight in a note following the event. "Amazon has the momentum in the smart speaker and voice assistant space. It's clearly determined to maximize that advantage and use it to spearhead its move deeper into the home."