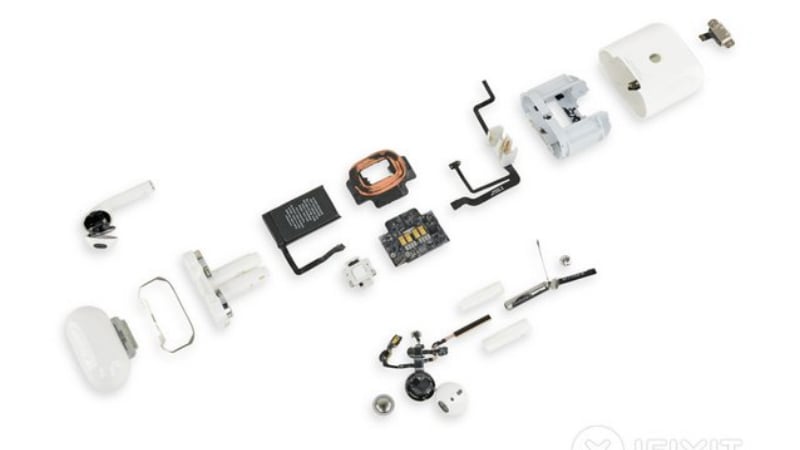 iFixit gives the new AirPods a repairability score of 0 out of 10. During the process of teardown, the company discovered that no hardware component of the earbuds can be accessed without damaging the outer shell. This makes the AirPods 2 unserviceable. Furthermore, iFixit says that the ‘sealed-in batteries limit the AirPods' lifespan, making them a consumable/disposable item.'

The teardown reveals that the AirPods 2 comes with the same battery as its predecessor - Model A1596 running at 3.81V and 398mAh, for 1.52 Wh. This is more when compared to the Galaxy Buds which houses a 1.03 Wh battery, and the Apple Watch Series 4 that houses a 1.113 Wh li-polymer battery.