White Rabbit Project, For the Love of Spock, and More on Netflix in December 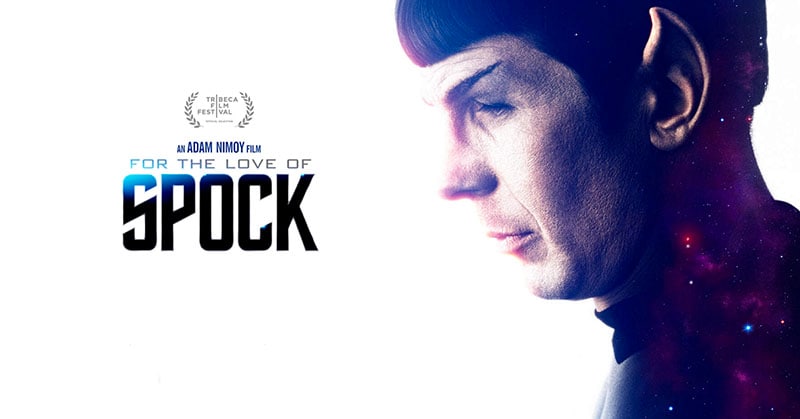 Netflix’s November line-up included its most expensive series to date – a portrait of the longest-in-power Queen Elizabeth II in The Crown. December doesn’t have anything that ambitious, but if you’re looking for something to occupy yourself while you curl up during the onset of winter, there’s enough to go around until the New Year rolls by.

So without further ado, we present our five guaranteed-good picks for this month, and the full list of movies and TV shows coming to Netflix India after that.

White Rabbit Project: Season 1 / December 9
Mythbusters may have aired its final episode earlier this year, but three of its hosts – Kari Byron, Tory Belleci and Grant Imahara aka The Build Team – are back with their own show on Netflix. It’s going to “investigate” everything in the popular domain – be it jailbreaks (not the iPhone kind), technology for superpowers, heists, and science and history topics.

For the Love of Spock / December 2
For most Star Trek fans, Spock is one of those enduring characters, thanks largely to the fantastic work of Leonard Nimoy, who passed away last year. He not only gave life to an iconic gesture (the Vulcan salute), but also acted out his words – he lived long and prospered. In this new documentary, his son Adam Nimoy explores what made him so special, by sitting down and talking to everyone who worked alongside him in the Trek universe – from William Shatner to JJ Abrams.

Travelers: Season 1 / December 23
A sci-fi show made in Canada, Travelers involves a very different form of time travel compared to the generally accepted version. Here, humans have figured out how to “send consciousness” back through time into other people, and with humanity facing a terrible future, these people not only have to live someone else’s lives, but also save us all from certain doom.

Barry / December 4
We’ve witnessed Barack Obama in the public spotlight for the past eight years, but have you wondered what defined him as a person? That’s what Vikram Gandi’s newest film – Barry – explores, picking up in the fall of 1981 when Obama, known to his friends as “Barry”, arrived at Columbia University to further his education, while having to juggle strained relationships with his Kansas mother, Kenyan father, and classmates.

Fauda / December 2
Set amidst the on-going Israeli-Palestinian conflict, Fauda (the Arabic word for chaos) shows that troubling story from both sides. On the Israeli front, there’s Doron – part of an undercover unit – who’s operating in Palestinian territories and hunting down a Hamas activist. On the opposite, there’s Abu-Ahmed (the activist in question) and his family, whose hatred for Israel grows with every passing day. Fauda won six awards at the Israeli Oscars in June, and the first season is now available on Netflix.

Stand-up
Gabriel Iglesias: Sorry For What I Said When I Was Hungry (2016) / December 20