Gears of War 4, Norah Jones, and More: The Weekend Chill 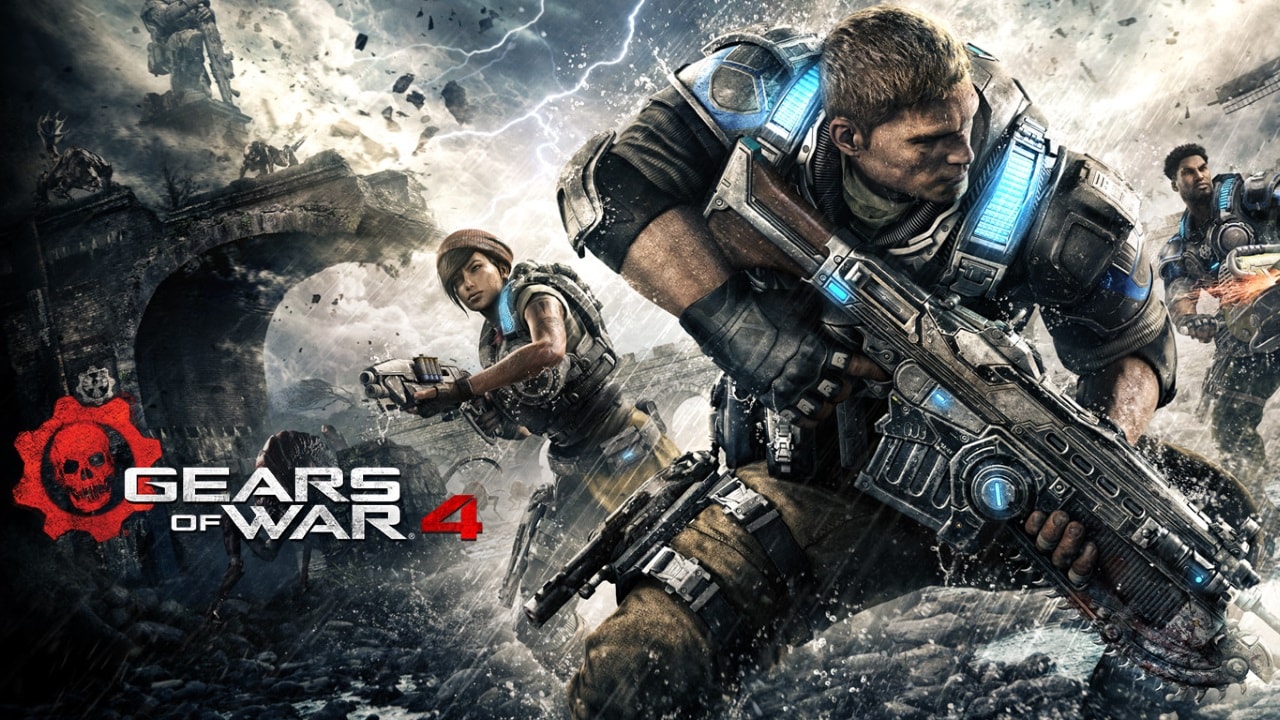 Oh come on, Daniel Craig. After an interview last year in which he said he’d rather slash his wrists than return to the James Bond franchise, the British actor has done an about-turn. At the New Yorker festival last weekend, he said: “I love this job. I get a massive kick out of it. And if I can keep getting a kick out of it, I will.” We have no trouble with him continuing in the role, as long as the writing is far better than what Spectre gave us.

Meanwhile, Amazon has launched a full-scale competitor to the likes of Spotify and Apple Music with its own service called Music Unlimited. It costs $9.99 (Rs. 670), at par with rivals, for most users, but there’s a discount for users of Amazon products and services. If you have a Prime subscription, you only have to pay $7.99 (Rs. 530) a month, and even lesser – $3.99 (Rs. 270) – if you have an Echo-powered speaker.

Jurassic World, as with gazillion other franchises, is getting a sequel – that much is already known. According to Colin Trevorrow – director on the first and producer on the second – the new one “will be a parable of the treatment animals receive today” and deal with issues such as animal abuse, pet ownership, medical experimentation, zoo entertainment and military use.

And then on Thursday, we got another taste for the upcoming Star Wars standalone film – Rogue One. The new trailer delivers back story for the main protagonist, Felicity Jones’ Jyn Erso, as well as a peek at the numerous battles audiences will see come December 16.

That’s all to come, though. Welcome back to The Weekend Chill – our guide to your weekend’s dose of entertainment – and here are the best picks on offer:

TV:
Adventure Time
Created by Pendleton Ward and running on Cartoon Network since its inception, Adventure Time is a goofy animated series about living in an apocalyptic land called Land of Ooo. Scratch that, it’s about the weird things Finn (voiced by Jeremy Shada) and his adoptive brother Jake (voiced by John DiMaggio), who is actually a dog, regularly get up to. The other main characters include Princess Bubblegum (voiced by Hynden Walch), The Ice King (voiced by Tom Kenny), and Marceline the Vampire Queen (voiced by Olivia Olson).

Unlike other animated comedies, the average length of an Adventure Time episode is just 11 minutes, which is why a pair of episodes are shown to fill the half-hour air time allotted to the show. And even though the show was primarily aimed at children, it has won fans much older over the years – and has picked up a number of awards, including six Emmys, a Peabody, and two Annies.

The show has nearly finished its seventh season, but only now is the sixth season seeing a home media release. Two more seasons are planned, and the show will go off air in 2018.

Movies:
Boyhood
Released in 2014, Richard Linklater’s Boyhood was as much a piece of art as it was the longest, if not the greatest, film experiment. Shot over the course of 12 years, Linklater captured the real aging of the actors as Mason (Ellar Coltrane) went through life – from elementary to high school and beyond. It even involved Patricia Arquette and Ethan Hawke as his parents, with Arquette winning an Oscar for her performance in the role.

Now, the Criterion Collection – known for gathering the best works in the highest technical quality possible – has decided to give Boyhood another release. The special edition contains a “new 2K digital transfer”, plus new audio commentary from Linklater and nine cast and crew members, and discussions between Linklater, Arquette and Coltrane, and Coltrane and Hawke. Plus, there’s also a new documentary that talks about the film’s production, which itself had to be shot over 12 years.

How to access: Criterion or Amazon US
Time commitment: 4+ hours

Video games:
Gears of War 4
The last entry in the successful franchise – Gears of War Judgement – didn’t please most fans, so Microsoft Studios had to ensure that it didn’t deliver another subpar adventure this time around. Thankfully, that’s far from the case. Here’s the base premise, if anyone cares about that in shooter games: “After narrowly escaping an attack on their village, JD Fenix and his friends, Kait and Del, must rescue the ones they love and discover the source of a monstrous new enemy.”

Satisfied? Here’s what it’s actually about: “Team up with four others and battle wave after wave of increasingly difficult enemies by choosing your combat class, levelling up your skills and deploying fortifications anywhere on the map. Redefined Cover Gameplay: New weapons, close-cover combat moves and combat-knife executions turn each piece of cover into an offensive opportunity.”

In our review, we thought Gears of War 4 delivers “fantastic production values”, brings in some “welcome tweaks to traversal and gunplay” and has a varied campaign. Overall, we gave it a rating of 9 out of 10.

Plus, owing to Microsoft’s Xbox Play Anywhere functionality, buying Gears of War 4 on Xbox One gets you a free copy on your Windows 10 devices too.

How to access: Windows Store for Xbox One and Windows 10 PCs
Time commitment: As much as you want, really

Rise of the Tomb Raider: 20 Year Celebration
Released 11 months ago on the Xbox consoles, the follow-up to 2013’s Tomb Raider was one of the best Lara Croft games of all time. It ended its Xbox exclusivity in January this year, getting support for Windows PCs. But PlayStation owners would have to wait until this week. Thankfully, it’s also the 20-year anniversary for Lara Croft’s existence, and hence Square Enix decided to make a special edition out of it.

Called Rise of the Tomb Raider: 20 Year Celebration, it brings a new DLC mission in Blood Ties, which is also playable using PlayStation VR, Sony’s new hardware for its PS4, also released this week. The special edition of the game also adds cooperative multiplayer to Endurance mode, so now you can have someone with you as you get frostbite. And then there are some small things, such as an outfit and weapon inspired by Tomb Raider III.

The publisher is also giving the franchise a book on this occasion – 20 Years of Tomb Raider – a hardback volume running at 360 pages, which goes through the biggest moments in Lara Croft’s history, be it in video games, comics, movies, and pop culture. It’ll be available on October 25 in select areas.

How to access: PlayStation 4, Xbox One, or Steam for Windows PCs
Time commitment: As much as you want, really

Music:
Day Breaks by Norah Jones
Norah Jones has built a storied career of her own, winning a total of nine Grammy Awards – five of those with her debut album Come Away with Me in 2002 itself, including the Album of the Year, Record of the Year, and Best New Artist. That album has sold 26 million copies as of 2012.

Jones continued her unique mix of jazz and vocal pop through her career, getting influenced by country for her 2004 album Feels Like Home. Around the same time, she formed The Little Willies, leaving her solo career behind for a bit. She returned to it in 2006 with the single Thinking About You, which led to the third album Not Too Late in early 2007. Those were followed by The Fall in 2009, and Little Broken Hearts three years later.

Day Breaks, released last Friday, marks the sixth solo album for the Brooklyn-born singer-songwriter, and finds her returning to jazz roots. It is also her most mature effort, and there’s a sense of melancholy running through the 48-minute record. Track #5 And Then There Was You, #10 Sleeping Wild are the highlights.

Europe Heads to Mars in Search of Life