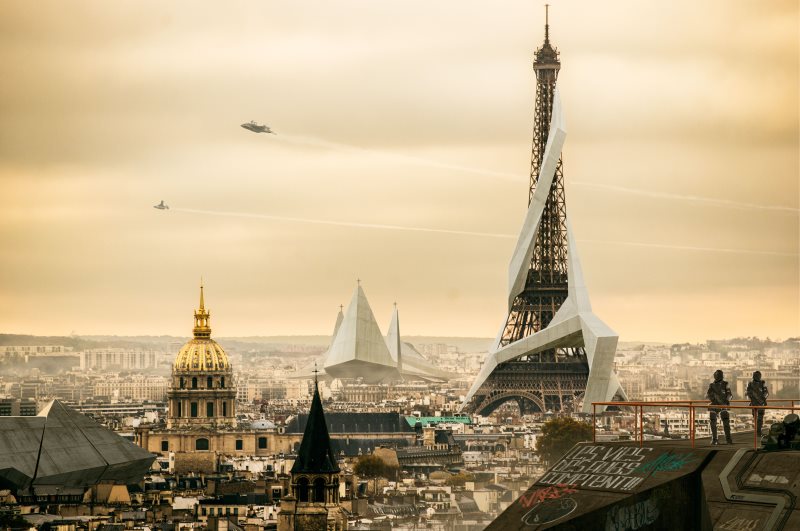 The prestigious Hugo Awards, given for sci-fi and fantasy books, were announced over the weekend, with the choice of winners showing that the right wing "Puppies" had been quashed this year. NK Jemisin's The Fifth Season won for best novel, Nnedi Okorafor's Binti picked up best novella and Hao Jingfanq's Folding Beijing got awarded the best novelette. Neil Gaiman won for best graphic story by returning to the character that made him famous, with Sandman: Overture.

There was another book award midweek, in the form of Arthur C Clarke Award. British author Adrian Tchaikovsky won for his book Children of Time, which charts the journey of humans leaving Earth for a new terraformed planet.

Forbes released its list of highest paid actors and actresses this week, once again highlighting the pay gap between the genders. Jennifer Lawrence, of The Hunger Games and X-Men franchise, topped the women's list with $46 million (roughly Rs. 308 crores) of earnings, followed by Melissa McCarthy (Ghostbusters) and Scarlett Johansson (Captain America: Civil War). On the men's front, Dwayne Johnson - with his work on Fast and Furious franchise, and San Andreas - leads the way with $64.5 million (roughly Rs. 432 crores). Jackie Chan and Matt Damon round up the top three.

Brian Michael Bendis, the author behind the upcoming female take on Iron Man, revealed on Tuesday that the character would be called Ironheart, as opposed to the old fashioned Iron Woman style of naming. Her story will start in November this year, with the comic Invincible Iron Man #1.

Frank Ocean's new album, Blonde, released last week exclusively on Apple Music. But that might soon change, after Universal Music Group CEO Lucian Grainge ordered the company's labels to stop making such deals on Wednesday in an internal letter. Many feel it to be anti-competitive, and ultimately hampering how music is consumed by the audience.

Not to be outdone by Hollywood, Russia is moving into the money-fuelled world of superhero blockbusters next year, with a film called Zaschitniki (that translates to Guardians). It features a bunch of mutants, recruited by the government to ward off a supervillain. You know, the usual stuff. What's more, a sequel has already been a greenlit. Here's a trailer:

That's all to come, though. Welcome back to The Weekend Chill, and here are this week's best picks for your enjoyment:

TV:
Ash vs Evil Dead
Before director Sam Raimi became famous for his work on the 2002-07 Spider-Man trilogy, he was known for creating the horror film series called Evil Dead, which featured Bruce Campbell in the lead role across all three instalments. The new TV series - Ash vs Evil Dead - is set in that world and acts a sequel, bringing back that weird comic tone that gave the franchise its cult status.

The story is as follows: Campbell's Ash Williams has been doing his best to stay away and eschew responsibility for the last three decades but after a "Deadite plague" threatens mankind's existence, a reluctant Williams must take up the mantle once again. Starring alongside Campbell are Ray Santiago as Pablo Simon Bolivar, Dana DeLorenzo as Kelly Maxwell, Jill Marie Jones as Amanda Fisher, and Lucy Lawless as Ruby Knowby.

Ash vs Evil Dead premiered back in October 2015 on premium channel Starz in the US, and you can now catch up with the first season on Blu-ray and digital before the second season starts on October 2. The season one disc set contains commentary for every episode, plus an inside look at the show.

How to access: Amazon US or iTunes US
Time commitment: 5 hours

Movies:
Don't Breathe
Coincidentally, the second entry this week has connections with the first, in a manner of speaking. Fede Alvarez, the Uruguayan director behind horror film Don't Breathe, also worked on 2013's reboot of Evil Dead. That entry did not have Bruce Campbell, and it failed to impress critics. Alvarez's talent hasn't gone unnoticed though; Marvel approached him for an unspecified film that he turned down, and early reviews for his latest are proof of the same.

The reason he said no to Marvel was because Alavarez didn't think he would get much creative control, something he enjoyed with Don't Breathe. With the film costing half of Evil Dead's budget at $9.9 million (roughly Rs. 66 crores), the studio interfered less and allowed him to do his thing.

Here's what Don't Breathe is about, in the studio's words: "A group of friends break into the house of a wealthy blind man, thinking they'll get away with the perfect heist. They're wrong." The film premiered at SXSW back in March, and is releasing Friday around the world.

How to access: Out in cinema halls
Time commitment: 1 hour and 28 minutes

Other mentions:
The Nice Guys, a Weekend Chill pick from the month of June and hence a guaranteed watch, is now available on Blu-ray. If you're a fan of Shane Black's old work - for example Lethal Weapon and Kiss Kiss Bang Bang - you'll most likely enjoy it.

Video games:
Deus Ex: Mankind Divided
The fourth main entry in the Deus Ex franchise - Mankind Divided - takes place two years after the events of Human Revolution, which puts it in 2029. Most of the game takes place in Prague, and while this could have been a bad decision, variety in missions and density of side-quests keeps you engaged.

It improves upon its predecessor, Human Revolution, with improved gunplay and doesn't force you to use the stealth approach. And it also retains what made the series great in the first place: immersion, and wealth of things to uncover and options to pass by foes.

We gave it a 9 out of 10 in our review, concluding our thoughts with: "If Human Revolution was the foundation for Adam Jensen's adventures, Mankind Divided builds upon it in meaningful ways. From a narrative standpoint, it's The Empire Strikes Back of cyberpunk video games - mandatory for fans and newcomers alike."

How to access: PlayStation 4, Xbox One or Steam for Windows PCs
Time commitment: 25 hours

Blonde contains a total of 17 tracks, with some song lyrics straight from compositions by The Beatles as on Seigfried; written by Burt Bacharach, Stevie Wonder and Francis Starlite on Close to You; and all four members of former rock outfit Gang of Four on final track Futura Free. Songs in the album are also inspired by problems of the Internet generation, as on Good Guy ("You text nothing like you look") or the literal Facebook Story ("It was virtual, means no sense").

Blonde is exclusive to Apple Music for the time being. Ocean also released another Apple exclusive, a visual album called Endless that is not available in India.

Books:
The Obelisk Gate by N.K. Jemisin
If you read sci-fi and fantasy works on a regular basis, you've probably heard of the Hugo Awards. N.K. Jemisin's The Fifth Season won the top prize at this year's ceremony, picking up the coveted Best Novel award. The book is set in a world called Stillness, which has just one continent. Humanity is under constant threat of extinction - an event referred to as the fifth season. The tale is a battle for survival and Jemisin has been praised for the lore and the way characters interact with each other.

Before this, Jemisin was famous for her debut novel, The Hundred Thousand Kingdoms, which got nominated for Nebula, Hugo and World Fantasy awards. The Fifth Season is the first entry in The Broken Earth trilogy, with the second entry - The Obelisk Gate - releasing last week. Early reviews suggest the second is as good as the first.

If you haven't read The Fifth Season, you're looking at a total of 916 pages to get through. It'll be worth it.

How to access: Amazon India, or Google Play Store
Time commitment: 448 pages, all depends on your reading speed