Star Wars: The Force Awakens Reviews Are in and They Look Really Positive 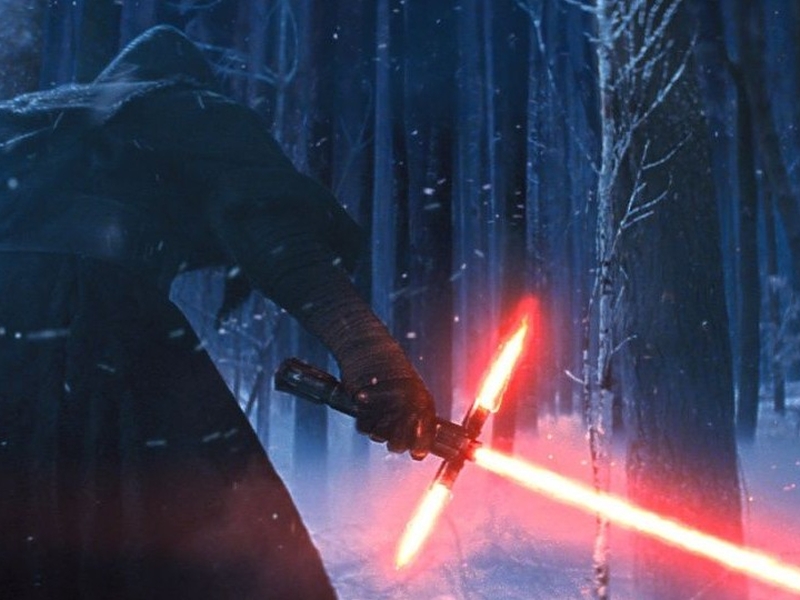 There's still a week to go before the new Star Wars film, The Force Awakens releases in India, but it has already released in other countries. We haven't seen the film yet, and are still a little worried that it won't live up to the hype, but the early reviews we've been reading are really positive.

If you're keen to know what people are saying about the movie but don't have the time to read a bunch of different reviews, then we've got you covered with this meta-review, that's putting together impressions from around the Web.

Based on what we're reading at least, Star Wars: The Force Awakens is one of the best movies of the year, and we're really looking forward to the December 25 India release date so that we can find out for ourselves. Needless to say - spoilers ahead. 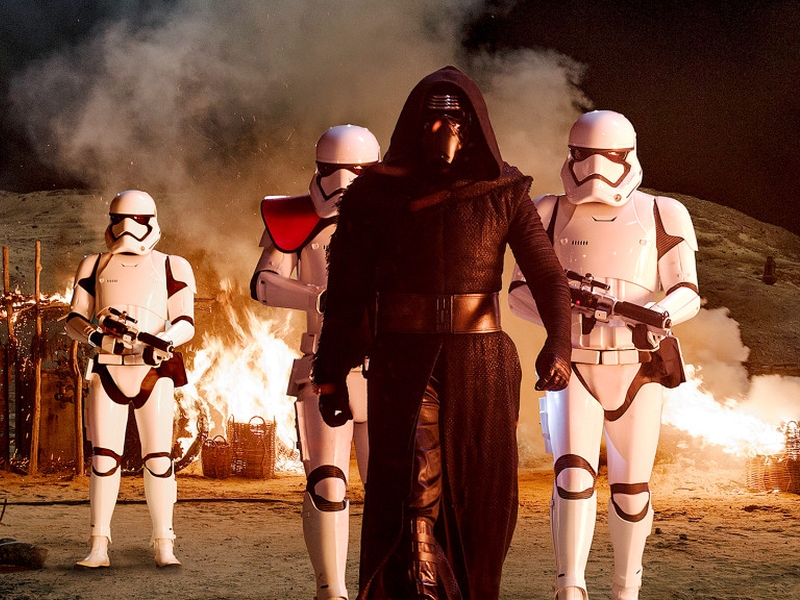 At NPR, the interview starts with the words you needed to hear: "But all you really want to know is whether it's good, right? Well, in fact, it is better than it had to be." The review does raise some questions, such as the fact that Kylo Ren's mask is never explained, and also that "the nostalgia gets thick enough that the film turns into an echo chamber at times, with family themes reverberating from that original trilogy."

Over at io9, the review also points out that the second half of the film feels weaker than the beginning. "At times, the larger plot and wider story ideas don't have quite as much sticking power, and some of the film's second half ends up being a bit cue-cardy."

Funnily enough, the review also pointed out that the film doesn't have any of director JJ Abrams' expected lens flares - clearly he's tired of all the jibes he's gotten on the subject over the Internet. 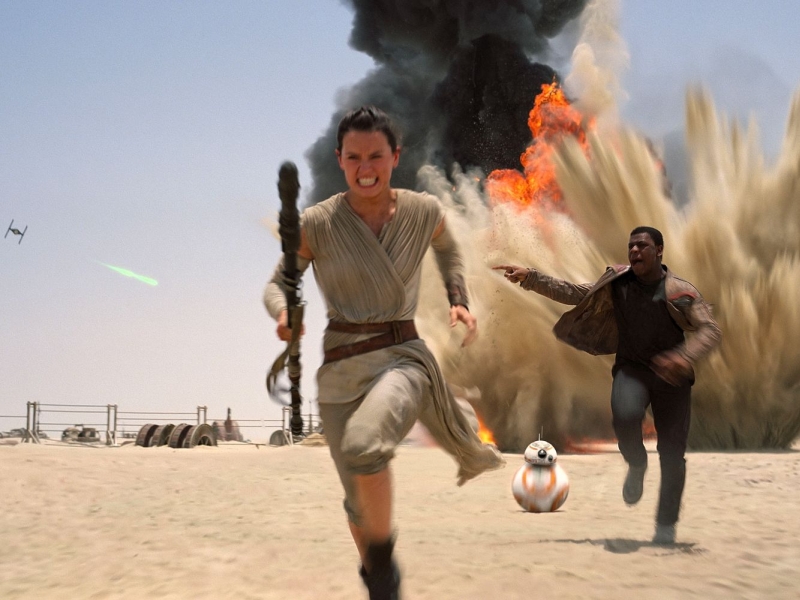 The Buzzfeed review isn't spoiler free, but it points out that The Force Awakens does a great job with its new characters, and doesn't rely too heavily on the stars from the original trilogy, one of the things we were worried about. "With all love for Harrison Ford, Carrie Fisher, and Mark Hamill, who each got their own warm round of applause when first appearing onscreen during Tuesday night's New York press screening of The Force Awakens, it's the new characters -- especially Rey (Daisy Ridley), Finn (John Boyega), Kylo Ren (Adam Driver), and BB-8 -- who steal the show."

"And in a clever touch, these characters are, like the rest of us, fans. Rey, who's been eking out a living as a scavenger on the planet of Jakku while waiting for her family's return, gasps in delight when she learns she's in the company of Han Solo (Ford) and that the ship she helped abscond with is the Millennium Falcon. Finn, a Stormtrooper who develops a conscience and goes AWOL, wonders aloud about Han's war hero past." 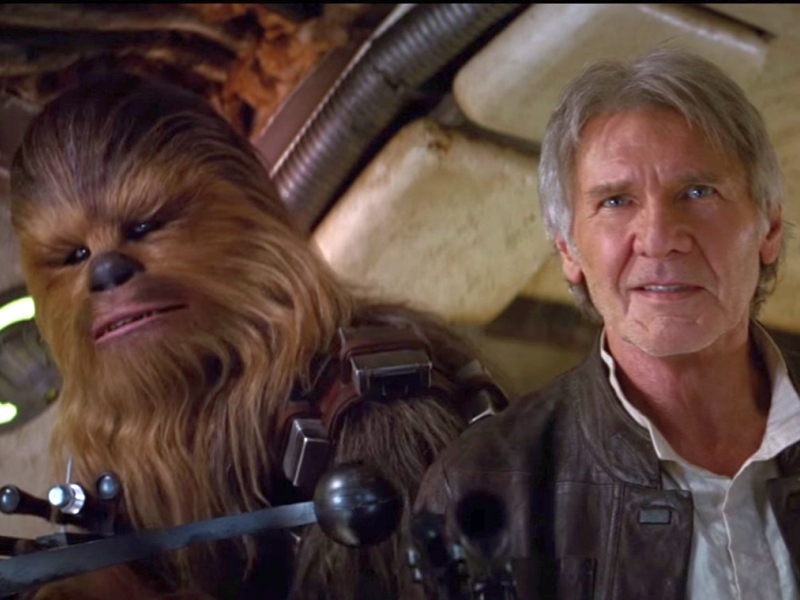 Most reviews agree that The Force Awakens most strongly reminds them of A New Hope. "And The Force Awakens sometimes feels as much like a remake of A New Hope as it does a continuation. But if they hew a little too close to the 1977 film, Abrams and his co-writers Lawrence Kasdan and Michael Arndt understand that what audiences want from this age of sequels and reboots and remakes is the cozy feeling that comes from the known combining with the new."

"The Force Awakens shows itself a movie in the spirit of the original trilogy, which ended with Return of the Jedi in 1983," writes The Guardian.

There's also plenty of action to be had from the film. "The lightsaber contests themselves are of course more athletic than in the 70s and 80s but also somehow more humanly interesting: Rey herself needs no condescending advice from men either on unarmed combat or flying the Millennium Falcon," notes The Guardian, while io9 points out: "There's also the fact that we haven't seen this much spaceship combat and planet-hopping insanity in way too long. Sure, we've had Abrams' Star Treks, Guardians of the Galaxy, and a few others, but this movie delivers a lot more starship explosions for your movie-going dollar than anything else I've seen in ages." 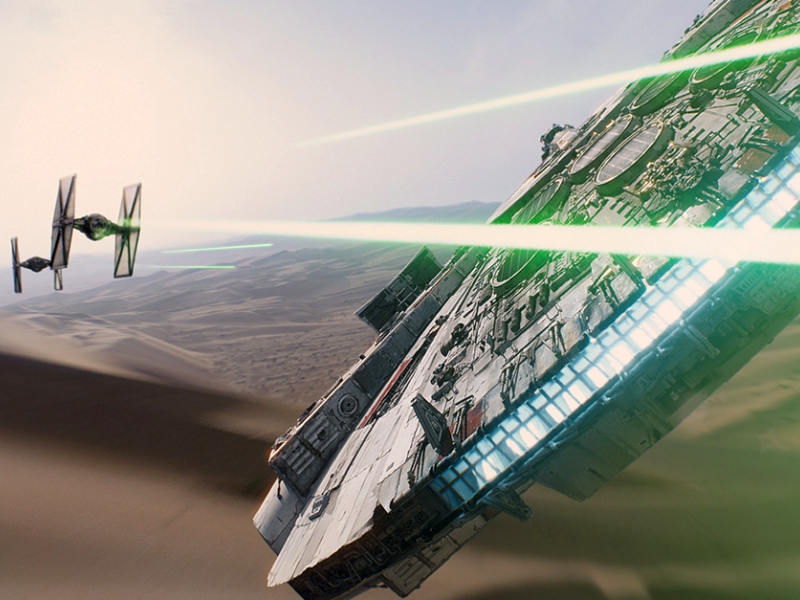 Time however strikes a note of caution, saying that The Force Awakens is everything you could hope for in a Star Wars movie, and less. It asks: "when you've been charged with reviving one of the most obsessively beloved franchises in modern movies, is it better to defy expectations or to meet them? With Star Wars: The Force Awakens, J.J. Abrams splits the difference, and the movie suffers. Abrams begins delivering everything we expect, as opposed to those nebulous wonders we didn't know we wanted."

Salon goes a step further, and says, "you know all the spoilers in JJ Abrams' obsessive reboot, because you've seen this movie before."

"So the bad guy wears a mask, an orphan has special powers and somebody has a surprising dad -- sound familiar?"

Despite the faintly cynical dismissals of the film, it's becoming increasingly clear that even if The Force Awakens isn't great cinema, it looks to be a very enjoyable movie for genre fans. If you're a big fan of Star Wars - and we certainly are - then this is definitely going to be the highlight of 2015.