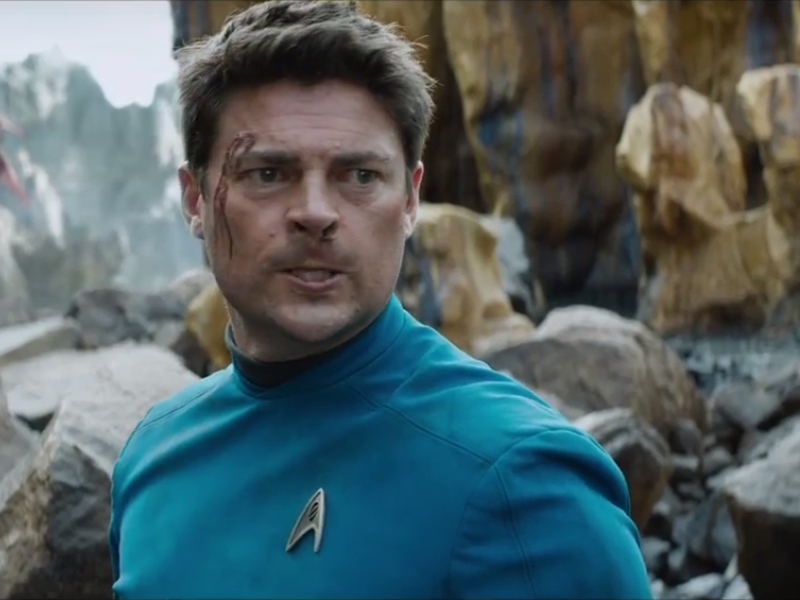 This week is all about Star Wars, so what's a Star Trek trailer doing coming out right now? Well, the rebooted Trek series got off the ground with director JJ Abrams, who is now directing Star Wars: The Force Awakens, and he's still the producer of the next Star Trek film, Star Trek Beyond, which will be releasing in July 2016 if all goes according to plan. Tenuous connections aside though, Paramount has released the trailer, and it certainly looks impressive. Star Trek Beyond brings back the regulars, but adds Idris Elba to the cast.

You can check out the trailer below, and it certainly looks exciting and filled with action:

And if this was any other movie, we would probably be counting down the days until July, to see how it actually turns out. As long-time fans of Star Trek though, we've got to wonder what the hell is going on. The signs were already there - in an interview from May, Star Trek and Star Wars actor, and Star Trek writer, Simon Pegg said that the "Trek" flavour of the script had to be turned down.

"They had a script for Star Trek that wasn't really working for them," Pegg told RadioTimes. "I think the studio was worried that it might have been a little bit too Star Trek-y."

"People don't see it being a fun, brightly coloured, Saturday night entertainment like the Avengers." And the solution? "Let's make a western or a thriller or a heist movie, then populate that with Star Trek characters so it's more inclusive to an audience that might be a little bit reticent."

Star Trek Beyond is directed by Justin Lin, who is famous for his work on Fast and Furious, and it carries over a lot of the sensibilities of that series. Which is not necessarily a bad thing - the Fast and Furious films feature multi-ethnic casts with men and women working together, and everyone gets to be a badass. The films are great to look at with absolutely astonishing action too. These are certainly good things to have in a new Star Trek film.

But when that means losing out on the unique character of Star Trek, it starts to get very disappointing. The first reaction in our newsroom, on seeing the trailer, was "Oh great, they've turned Trek into Guardians of the Galaxy."

Now, that was one of the best movies in 2014, and we definitely need more films like it. But Star Trek absolutely doesn't need to be one of them - the original series had a completely different sensibility, and while it always featured a great deal of action, at its core, the stories were about exploring how far humanity has come and will still go. Star Wars was always the action series where society doesn't change even as technology advances - and the two series were both beloved. There's room for some thoughtfulness in space movies - and if Paramount doesn't think so, then we're just going to hold out hope for the new TV show, which is going to air in 2017.