Samurai Jack Is Coming Back, on Adult Swim 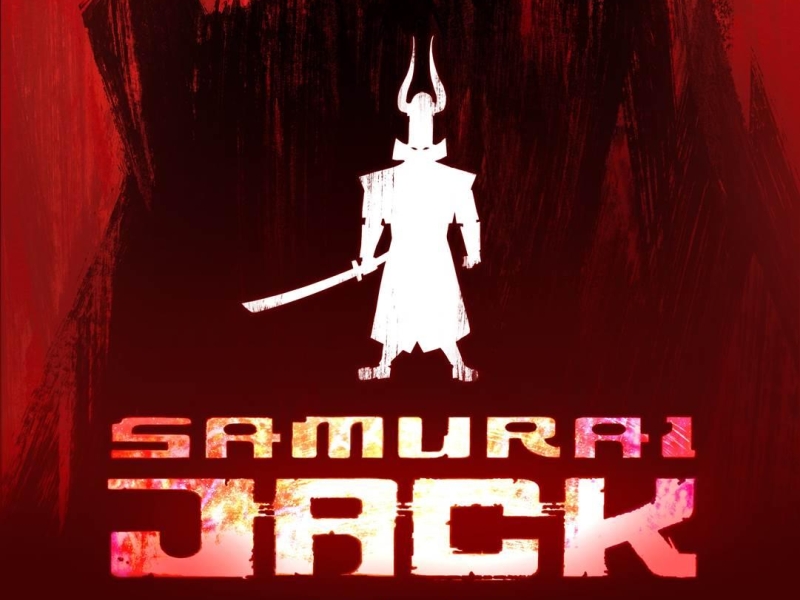 A teaser released on Wednesday has promised that Samurai Jack, an animated series created by Genndy Tartakovsky for Cartoon Network in 2001, is coming back on air in 2016. The series, which lasted for four seasons, followed the season of the titular Samurai Jack as he travelled through time and space to fight the evil shapeshifter Aku.

That might sound like a goofy premise, but Samurai Jack was way ahead of its time in terms of art and storytelling, and had a decidedly mature tone in terms of how it handled the story. The show was cancelled before it could end the story of Samurai Jack, but eventually it was fleshed out in a comic book series - however, the teaser below suggests that the story is going to get closure in its original format.

A tiny 5-second teaser like this isn't really enough to tell us what to expect from Samurai Jack, but the original series was for many people, a gamechanger, blending together a serious tone with some amazing action and a unique sense of humour. The show blended together science fiction cyberpunk characters with mythology and fantasy, and the results were better than anyone could have reasonably expected.

Tartakosky, who until that point was probably most famous for Dexter's Laboratory, went on to make Star Wars: Clone Wars after Samurai Jack ended, and it is still one of the best works in the Star Wars universe. He was also the director of Hotel Transylvania and Hotel Transylvania 2 (which released this year) and over the years Tartakovsky has been consistent in putting out some incredibly high quality work with a unique style.

There's not much that's known about Adult Swim's plans for the new Samurai Jack right now, but if it returns to Cartoon Network, then you know you need to add it to your must-watch list. On the YouTube page, Adult Swim announced that Tartakovsky will be involved with the project, which continues the epic story of Samurai Jack, so you know this isn't just going to be some sort of reboot either, it's the real deal.

Fans of the series would probably know that the voice of Aku, actor Mako Iwamatsu, passed away in 2006 - he was voicing the character of General Iroh in Avatar: The Last Airbender at the time, which was another unforgettable role. Aku was easily one of the best reasons to watch Samurai Jack, and it's going to be hard to find a replacement who can essay the role with as much panache - in Avatar, the role was handed over to Greg Baldwin, who did a really good job with the role, and hopefully Samurai Jack will also be able to find an actor of the same calibre.

What's interesting is that there has long been talk of a Samurai Jack movie, and even just a few years ago, in 2012, Tartakovsky mentioned in an interview that it's something that he's trying to make happen. The story was eventually told through comics, but a TV show is actually probably the best outcome that fans can hope for, since it allows the show to actually build up from where it left off.

Hopefully, we'll get to know more about when to expect the new series, but one thing is certain - in a year where more and more pop culture is making a comeback (think Star Wars The Force Awakens, Jurassic World, or Terminator Genisys), this is still one of the most exciting announcements we've come across in 2015.