With everyone spending more time at home, kids' content saw a significant spike in viewing. 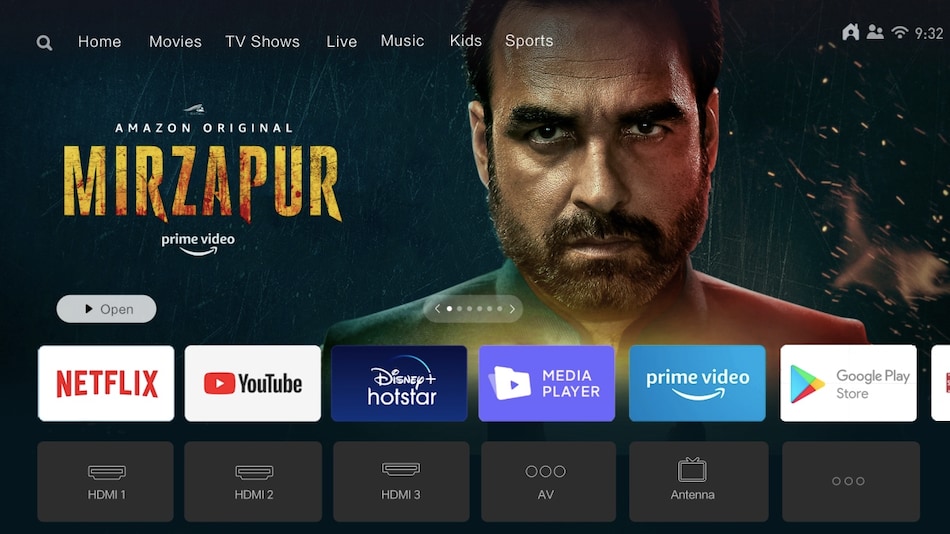 Xiaomi Patchwall 2020 Replay Report was just released by the company, based on usage data gathered from customers who bought Mi TV models. It showed us, among other things, that educational content got a big boost in viewership in 2020. The year 2020 was historic for reasons good and bad (primarily the latter), but the television industry has largely benefited from people spending more time at home.

From March onwards as lockdowns were put into place and establishments closed doors, people of all ages have had to stay home more, and have turned to the reliable old TV for entertainment. As a result, even content delivery has seen a shift, with streaming services gaining immensely through big-budget movie releases such as ‘Laxmii' releasing directly on streaming platforms.

Although not a service in itself, Xiaomi's PatchWall has risen in popularity as an aggregator of content through the success of television sales. Although many buyers might choose Mi televisions for the competitive pricing and features, PatchWall often comes as a pleasant addition that many users prefer over the stock Android TV launcher that is also available on most Mi TVs.

Patchwall allows users to play TV content from their DTH set top boxes, while also letting you run streaming apps like Netflix and Disney+ Hotstar, all from a single interface. In recent times, PatchWall has served more as an aggregator of content, functioning as a user interface on top of Android TV on Mi TV models.

Thanks to Xiaomi's position as the top smart TV brand in India, PatchWall continues to serve as a key bridge between users and content. It now has over 25 content partners, and claims to have served 14 billion interactions with users in the time that Xiaomi has been present in the Indian market.

With schools closing and many people switching to working from home, the television became an easy way to keep young children occupied at home. PatchWall reports a 177 percent increase in views in the edutainment category, with nursery rhymes and DIY videos seeing a significant spike from March to August - the peak period of the lockdown. PatchWall's Kid's Mode feature was used over one million times during the same period.

The unavoidable ear worm ‘Baby Shark' grew to anthem status, and was among the most searched for and watched children's videos on PatchWall. Other popular children's videos were ‘Show Yourself' from the Frozen 2 soundtrack, classic nursery rhyme ‘Wheels On The Bus', and Indian videos such as Tales of Akbar and Birbal and Bal Ganesha.

Clearly, while all of us were spending a lot more time on screens, for many parents of small children, that wasn't always by choice, as their kids took over screens.

With the pandemic and lockdown forcing theatres and multiplexes to shut down for months, theatrical release schedules for movies were obviously disrupted. Gulabo Sitabo was one of the first mainstream movies to make the big decision of foregoing the theatrical run in favour to release directly to streaming, and was released on Amazon Prime Video in June 2020 despite furore in the industry.

That was followed by other big releases, including Laxmii, Dil Bechara, and Angrezi Medium, which all switched to a streaming-first strategy. While things are now going back to normal and we can expect to see theatrical releases in 2021, this could spark a long-term trend where many users prefer watching even new movies at home. More big releases could come straight to streaming services as a result.

The April to August 2020 period saw significant growth in movie viewing on PatchWall, with trends largely following the big releases for the month. Two and a half times more people watched movies on weekdays, and views went up by 97 percent in the movies category in general. Interestingly, for a Friday release, PatchWall claims to generate the same traffic as a house-full first-day-first-show release across all 3,000+ multiplex chains in India.

Similarly, news streaming too saw a 161 percent uptick, particularly regional news channels such as ABP News (Hindi and Marathi) and Sun News Tamil, as users naturally sought up-to-date information on the pandemic and regulations in place across the country. Fitness and food videos and content too saw an increase in interest, with PatchWall reporting that weight loss, meditation, and yoga were the key trends for the former, while sarson da saag, jeera chicken, and instant ice cream were top searches for the latter.

The top 10 movies and TV shows of 2020 on PatchWall together accounted for 48 million views, with Laxmii, Dil Bechara, Mirzapur, and Scam 1992 among the top viewed content accessed through the UI.