OLED vs QLED vs LED: Which Type of TV Should You Buy?

OLED offers the best performance, LED is the most affordable, and QLED sits somewhere in between. 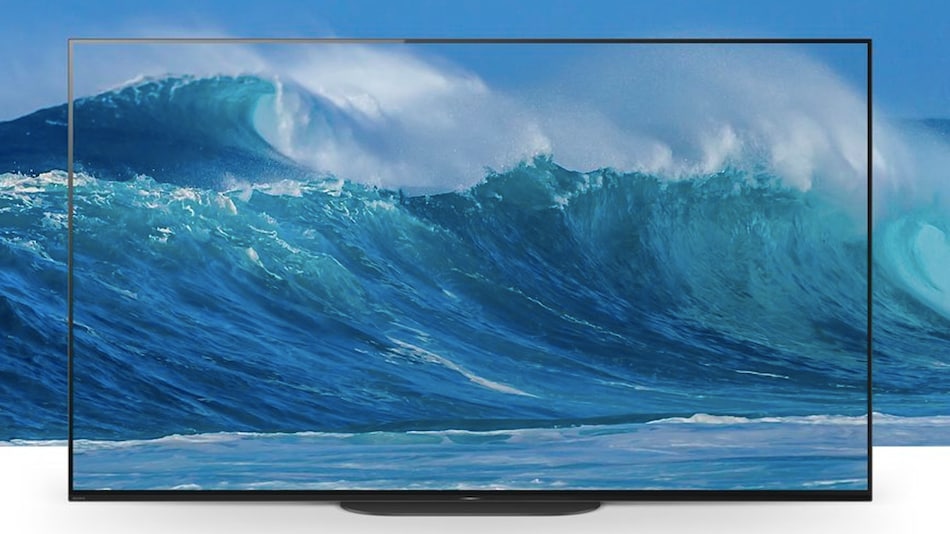 Ever since old-fashioned CRT televisions made way for flat-screen panels, the type of screen has been almost as important as the brand of TV itself. The earliest flat-screen TVs had plasma or CCFL-backlit LCD panels, but both of these technologies are no longer in use commercially. Instead, today we have three popular types of screens - OLED, QLED, and LED - and most commercially available televisions have one of these types of screens.

In this article, we'll compare these three types of screens and outline their advantages and disadvantages. This will help you decide which type of TV is best for you, based on your budget and viewing preferences. We've also recommended some televisions in each category that you can look at, if you're planning to buy a new one soon.

Of the modern and easily available television screen types, OLED is king. With Organic Light-Emitting Diode (OLED) technology, every pixel is capable of emitting its own light in response to an electric current. Individual pixels can also be shut off completely. As a result, OLED TVs are capable of deep blacks, high levels of contrast, and realistic colours. Since there's no need for a backlight, OLED TVs are thinner and have narrower bezels than those that use other TV screen technologies.

Since each individual pixel can be switched off as needed, black levels are excellent, and backlight blooming is a non-issue. You also get better viewing angles on OLED TVs. One big drawback is that these TVs can't get quite as bright as a QLED or LED TV, and HDR content naturally doesn't achieve the peak brightness it's capable of on other types of TVs. This is usually a small issue though, since OLED televisions more than make up for their lower brightness with better picture quality on the whole.

Also, all of this comes at a price; OLED TVs are among the most expensive in the market today. Premium series such as the Sony A9G and LG C9 will set you back by huge amounts, and even the most affordable OLED televisions cost just under Rs. 1,00,000. This also has to do with the fact that it only makes business sense to manufacture OLED TVs at screen sizes of 55 inches and above. You should consider an OLED TV if you have a high budget and want the best possible picture quality.

The most affordable: LED

If you're looking for an affordable flat-screen television for your home today, there's a good chance that your entire shortlist is filled with LED options. More accurately referred to as LED-backlit LCD technology, these televisions typically use TFT-LCD panels with LED backlighting, offering better brightness and colours than early CCFL-backlit panels. The need for a backlight that's always on means that blacks are never truly black.

Within the LED technology set, there are two major types - IPS (In Plane Switching) and VA (Vertical Alignment). Each type has its own advantages and drawbacks; IPS offers better viewing angles, while VA has better contrast levels and works better in dark rooms. A few years ago, curved LED TVs were popular as well, but this isn't something we see too often anymore.

Some televisions do offer local dimming, which means that portions of the screen can be made darker to enhance blacks. However, most LED TVs have a single backlight powering the entire LCD panel, and therefore aren't capable of rendering the deep blacks you can see on OLED TVs.

Since this type of TV screen uses technology that has been around for a while now, it's the most affordable to manufacture and is economical at all sizes and resolutions. You can easily get an LED TV sized at anywhere between 24 inches and 85 inches, and even beyond that. You can also usually get higher peak brightness on a good LED TV.

Value-for-money options such as the Vu Premium 4K TV and Mi TV 4X use this technology, as well as more expensive options such as the Sony X95G series. Some options such as the LG SM9000 use local dimming for better black levels, while also benefiting from better brightness. LED TVs are best considered if you're on a tight budget, but might also make sense if you want a lot of features without stretching to the price levels of QLED or OLED.

Although we consider it to be middle-ground between LED and OLED screens, QLED is closer to LED when it comes to the actual technology and hardware involved. QLED TVs are essentially LED TVs but with a quantum-dot filter between the LED backlight and LCD layer, which helps produce better colours. As a result, QLED TVs have better colours and brightness than LED and most OLED TVs, but stop short of the contrast levels and deep blacks that OLED TVs offer.

The higher cost of manufacturing QLED panels means that they aren't usually used in smaller TVs, with 43 inches being the starting point for this type of screen. Most modern QLED TVs are made by Samsung, but a few other manufacturers such as OnePlus, TCL, and Vu also market QLED TVs in India; these usually have panels sourced from Samsung.

Popular QLED options available in India include the Samsung Frame range which starts at Rs. 84,990, and the OnePlus TV range, which is priced from Rs. 69,900 onwards. These televisions offer better colours at slightly higher prices than most LED TVs, but aren't quite as good on the whole as OLED TVs.

The future: microLED and Mini-LED

Although the three types described above are the present of consumer televisions, the future will see new types of screen technology such as microLED and mini-LED. These are meant to rival OLED, but with the typical efficiency and cost benefits of LED-based technologies. However, these are still some time away, and may be relatively expensive to start with or limited to just a handful of manufacturers and brands.