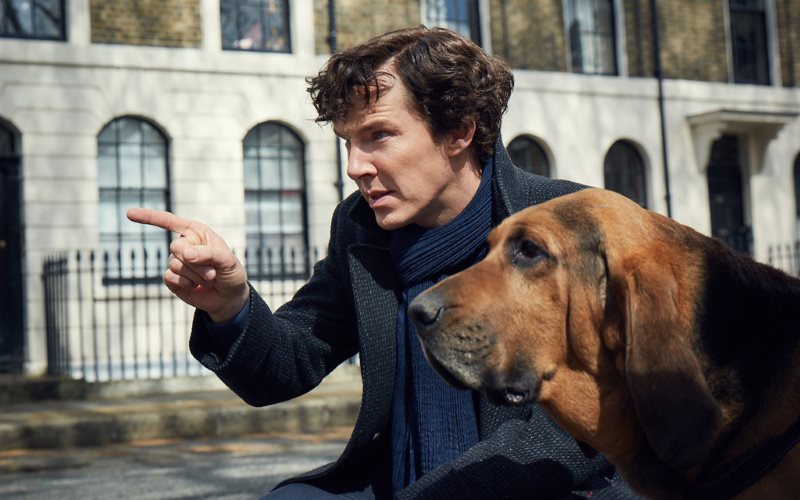 The annual San Diego Comic Con is full of news, trailers and discussions for fans of all ages and types. Film studios tend to be a big part of these conventions, so much so that we have an entirely different roundup for all things DC and Marvel. But there was tons more to celebrate and watch as well, from upcoming television series to that mobile game everyone keeps talking about. Here's all of that, in alphabetical order.

(Also see: American Gods and The Last Dragonslayer Get Ready for TV)

Fantastic Beasts and Where to Find Them
After a gap of five years, the Harry Potter fever is back to grip the world. On one front there's the new play and corresponding novel - Harry Potter and the Cursed Child - and then there's this spin-off feature starring Eddie Redmayne in the lead. It's been directed by David Yates - who also worked on the last four Harry Potter films - and will release in November this year. Here's a new trailer:

King Arthur: Legend of the Sword
From Guy Ritchie (Snatch, Sherlock Holmes) and starring Charlie Hunnam as the titular character, thee new King Arthur film is scheduled for a March 2017 release. SDCC provided us with the first trailer for the film. It's also got Jude Law and David Beckham. Warner Bros wants King Arthur to be a multi-film project, so expect more of these in the future.

Kong: Skull Island
Kong: Skull Island will be the eighth major King Kong film, after a gap of 12 years. It's being directed by Jordan Vogt-Roberts - who has directed only one feature film before this in The Kings of Summer and will be taking on a Metal Gear Solid movie after this - and has a terrific cast involving Tom Hiddleston, Brie Larson, Samuel L Jackson, and John Goodman among others. Have a look at the first trailer:

The Man in the High Castle
Amazon's new historical drama series based on a dystopian alternate reality penned by Philip K. Dick aired last year to good reception. There's no release date on the scheduled second season, but SDCC did give us a teaser.

Mr. Robot
With help from VR company Within, creator and showrunner Sam Esmail directed a 12-minute VR experience for his own crime-thriller series that was shown live in the Within app last Thursday during SDCC. It focused on lead character Elliot's relationship with ex-girlfriend Shayla. While it was supposed to be a one-time thing, Vice is reporting that it will be available for download sometime this week. So load up the Within app on Android, iOS, Gear VR, HTC Vive or Oculus Rift - and wait. And while you do so, check out our review of the second season.

Mystery Science Theater 3000 aka MST3K
When the show aired back in the day, its viewership numbers were never great but it managed to develop a cult following that contributed to a record $5.7 million in crowdfunding for a revival led by creator Joel Hodgson on Kickstarter. The show will air on Netflix in the "not-too-distant future" - a riff on the show's own premise.Dan Harmon and Joel McHale, creator and actor on Community respectively, will write episodes under head writer Elliott Kalan, formerly of The Daily Show. Felicia Day and Patton Oswalt will play hosts aka The Mads, with Nerdist podcast co-host Jonah Ray serving as the human experiment in a satellite. If you're unfamiliar with the show's concept, the two Mads launch said human experiment into space with the Satellite of Love and make him watch terrible B-movies, which they all then mock. There's no video for now, just this.

In the not-too-distant future. @MST3K pic.twitter.com/L9IpZW2Cmb

Pokemon Go
With the way Niantic's augmented reality game has swept the world - even in places it hasn't launched - it made sense that it would be present at SDCC in some capacity. The company's founder John Hanke didn't reveal much except that there was some truth in the Eevee naming evolution theory, though according to him no one had mastered it yet. In bigger news, trading will soon come to Pokemon Go allowing you to get Pokemon from other trainers.

And the final piece of big news was the announcement regarding the identities of the three team leaders who remained shrouded in coloured silhouettes until now. Team Valor (Red) has Candela, Team Mystic (Blue) has Blanche and Team Instinct (Yellow) has Spark.

Rick and Morty
Dan Harmon of Community fame has done wonders with Rick and Morty in its two seasons, making it one of the nerdiest, wackiest and most enjoyable animated comedies out there. At the Comic Con, Harmon and co-creator Justin Roiland made an appearance with some of the voice cast to showcase a terribly violent line-drawn peek from the upcoming third season.

Sherlock
Mark Gatiss and Steven Moffat's brainchild for BBC has been a masterclass since its first season, save a couple of episodes here and there. And it doesn't hurt that you've got Benedict Cumberbatch as Sherlock Holmes and Martin Freeman as his bud Dr John Watson. [Spoilers ahead] Season 3 ended on a cliff-hanger, which this year's special dealt with in an ambiguous fashion, so we don't know in what capacity Andrew Scott's Moriarty will be involved.

(Also see: 'I Am Basically Drawn to Anything Vaguely Odd': Sherlock and Game of Thrones Star Mark Gatiss)

Here's a rather action-heavy first look at season four, airing sometime in 2017.

Star Trek: Discovery
The new TV series based on the long-running sci-fi space saga is in the process of getting a reboot on CBS in the US and Canada, and on Netflix around the world in January next year. The SDCC gave us a title for the show - Star Trek: Discovery - and the name of the spaceship via a video. Star Trek: Discovery will be helmed by Hannibal creator Bryan Fuller, who's also working on American Gods, along with Alex Kurtzman and Trek veteran Nicholas Meyer.

(Also see: Star Trek Beyond Is a Return to Roots in the Series' 50th Year)

What are you most excited about from the above? Let us know in the comments below.