Mi TV 4A vs Mi TV 4: Here Are the Differences Between the Two Xiaomi TVs 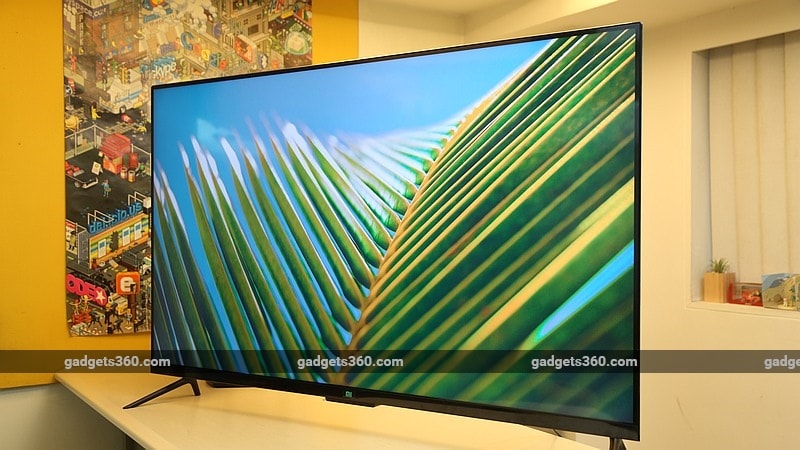 With the Mi TV 4A series, it is clear Xiaomi has its sights firmly set on the Indian television market. While the 55-inch Mi TV 4 that was launched in February was clearly aimed at buyers who seek large-screen television models and premium content without much concern about the price, the two new Mi TV 4A models are clearly more mass market courtesy the wider target audience. Of course, all three Xiaomi TVs trump the current competition with their smart features baked in, as the existing players at the price points Xiaomi is eyeing only offer basic smart functions, or are made smarter with the help of affordable products like the Google Chromecast and Amazon Fire TV Stick. We take a look at the differences between the Mi TV 4A and Mi TV 4 series televisions so that you can take a better buying decision.

Xiaomi Mi TV 4A vs Mi TV 4 prices in India

The Mi TV 4A range in India consists of two models at present, one with a 32-inch HD display and another with 43-inch full-HD panel. The Mi TV 4A 32-inch price in India is Rs. 13,999, while the 43-inch model costs Rs. 22,999 in the country. Both will go on sale for the first time on March 13 at 12pm IST, and will subsequently be available for purchase on Tuesdays and Fridays every week. On the other hand, the price in India for Mi TV 4 55-inch is Rs. 39,999, making it the most expensive Xiaomi product in the country. It has already been on sale twice in India, and can be purchased via flash sales on Tuesdays at 12pm IST. All three models are only available at Flipkart, Mi.com, and Mi Home offline stores.

The biggest and most important differences between the three TVs — apart from the screen size — is the resolution. The 32-inch model is the smallest of the trio and buyers will have to contend with HD resolution (1366x768 pixels), while the 43-inch TV sports full-HD resolution (1920x1080 pixels). For those who want to watch 4K (3840x2160 pixels) content, the 55-inch model is suitable. All three have panels with 60Hz refresh rate, and 178-degree wide viewing angles. However, the Mi TV 4 55-inch model supports HDR content, something the relatively inexpensive models do not — this means the top-end model will deliver richer colour with more contrast. However, the two smaller models trump the bigger one when it comes to response rate (6.5ms vs 8ms) — a lower response rate usually translates to a better gaming experience as there is lesser delay between the input and response on screen.

How Xiaomi and Sensara Aim to Disrupt the TV Industry

At the core of all three models is PatchWall, the Android-based UI that powers the AI-based smart functions of the Mi TV range. While the three TVs have common features and support the same apps, the 55-inch Mi TV 4 comes with some freebies that the more affordable models do not. These include free 3-month subscription (worth Rs. 619) for Sony Liv and Hungama Play, the Mi IR cable (worth Rs. 299), and on-site installation worth Rs. 1,099 for free.

The two Mi TV 4A televisions are powered by the 64-bit quad-core Amlogic Cortex-A53 SoC clocked up to 1.5GHz, coupled with Mali-450 MP3 graphics up to 750MHz and 1GB of RAM. On the other hand, the bigger Mi TV 4 has a faster 1.8GHz quad-core processor with Mali-T830 MP2 graphics and 2GB of RAM. As for storage, all three models bear 8GB of built-in storage.

The Mi TV 4A series models have DTS-HD audio and two speakers with 10W output each, while the 55-inch model has Dolby and DTS-HD audio but two speakers with 8W output. All three TVs have a single remote to control the set-top box and the TV - however, this requires the Mi IR cable, priced at Rs. 299. There is a small distinction one might miss with the remote — the Mi TV 4 remote is powered by Bluetooth, while the Mi TV 4A remote centres on Infrared. This also means that only the 55-inch model supports Bluetooth as a connectivity option.