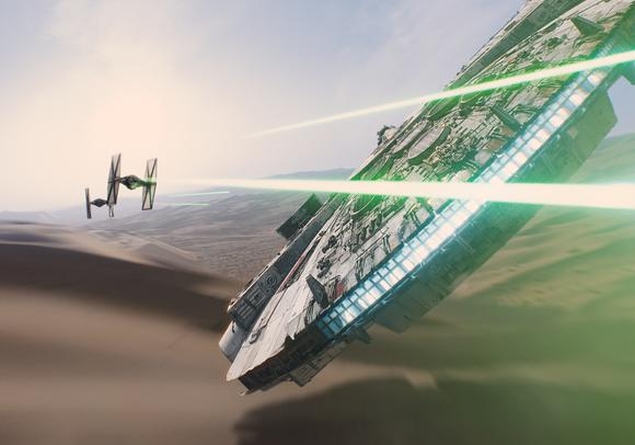 Happy Star Wars day people. May the fourth be with you. Now that we've gotten that awful pun out of our system, we have to ask, does May 4 really matter for Star Wars anymore? Disney held something called Star Wars Celebration just a couple of weeks ago, on April 16, which included a mini-convention, appearances from the stars in the films, and a fresh trailer for the upcoming Star Wars: The Force Awakens.

Fans have long celebrated May 4 (May the Fourth [be with you]) as a punny take on one of the most famous lines from the movies, but the second trailer for The Force Awakens is just perfect so no one was complaining that Disney forgot about May 4.

The film is set to release in December 2015, and it's one of the 10 films we're most excited about this year. Now, the company has also announced that it will start selling The Force Awakens merchandise from September 4, in an event that's being called Force Friday. These products will also be available online via DisneyStore.com.

The Star Wars celebration had also revealed some other details about the upcoming movie, and the direction Star Wars would take in the future. For one thing, the round rolling droid BB8 was shown on stage, and it's a real piece of hardware, not CGI as most people thought. The droid was designed with tech-toy company Sphero, which will be selling a version of the BB8 for fans to buy as well. You can register on the Sphero site to be alerted when the toy is available.

The bigger reveal was that of the Star Wars Anthology series. We already knew that Disney planned to make spin-off movies set in the Star Wars Universe that weren't a part of the main series. The first Anthology film was revealed to be Rogue One, directed by Gareth Edwards, who also made 2014's Godzilla. Rogue One will release in December 2016, and tells the story of how the rebels stole the plans for the Death Star in the first place. That places it just before the "first" Star Wars film - Episode 4: A New Hope. That also means that the film should have no jedis, and according to Edwards, while the Star Wars films were black and white battles against good and evil, Rogue One "is grey".

The second Star Wars Anthology film was supposed to be directed by Fantastic Four's Josh Trank but it was reported over the weekend that he is no longer with the project. Still, it's safe to say that if The Force Awakens is a success, then both Rogue One and the unnamed second Anthology film are definitely going to go forward, so Star Wars fans can continue the celebrations. Though your non-geek friends might react like this: