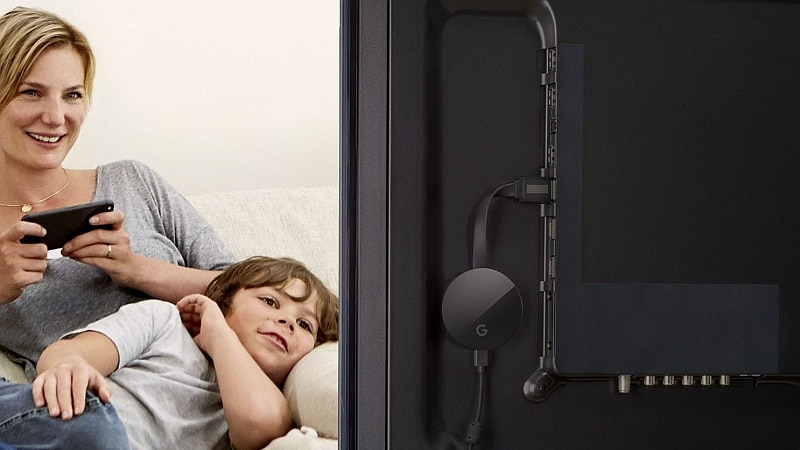 At Google’s Made by Google event on Tuesday, the cheapest device unveiled was Chromecast Ultra, a video streaming dongle which costs nearly twice as much as its predecessor. But the $69 Chromecast Ultra ushers in a new age of streaming and media consumption experiences from Google compared to last year’s model, mainly in the form of support for high-resolution 4K and HDR content.

At first glance, Chromecast Ultra is identical to last year’s model, but a second look will show you that the Chrome logo has made way for Google’s ‘G’ logo. Another change apparent from the body is that the new model supports Ethernet cables, while owners of the first two generations of Chromecast had to purchase an adapter if they wanted to connect the streaming dongle directly to the router.

Coming to the key new features of Chromecast Ultra, first up is support for 4K, HDR, and Dolby Vision content, which is a big deal since both TV manufacturers and content creators are doubling down on high-resolution content. The resolution is considered much richer than what HD and full HD videos can offer, so the viewing experience will be more immersive. For those who are not aware, a 4K video is four times sharper than a full-HD video.

However, you need a 4K TV in order to enjoy the ultra HD videos on offer from streaming platforms like Netflix, YouTube, Vudu and Google Play TV and Movies, as well as your own content when you ‘cast’ it over via Chromecast Ultra. If you don’t have a 4K TV right now but are considering buying the Ultra as a future-proof investment, the device will be able to optimise the content to the best of resolution your TV can handle.

Google says that the new version of Chromecast is 1.8 times faster than its predecessor at streaming videos because of the improved Wi-Fi connectivity. Additionally, the Ethernet port in Chromecast Ultra will provide a stable internet connection in case the Wi-Fi starts acting up while streaming in high-resolution.

Buyers will have to use the Google Home and a casting-compatible app in order to relay content from their smartphone, tablet, or laptop to their TV via Chromecast Ultra.

The new Google Chromecast Ultra will hit the US in November and will be available in 14 other countries as well soon.

Signal's Encrypted Messaging and Privacy Promise Tested by US Subpoena