Game of Thrones Season 6's Biggest Spoiler: Will You-Know-Who Come Back From the Dead?

George R R Martin's Game of Thrones has built a reputation as being a brutal world where good guys don't get any special favours from the plot, and anyone can die. From the very first season, which starts off with a child being thrown out of a window, and sees the decapitation of Eddard "Ned" Stark, a clearly heroic figure that most other fantasy stories would have saved; to the infamous Red Wedding, to the shocking death that marked the end of Season 5 of Game of Thrones, this is a show that has seen the good guys dropping like flies, and not coming back.

A report [warning - the link includes a spoiler] however suggests that one of the most popular characters from the show, who was believed to have died in Game of Thrones Season 5, is still alive and probably well, with a contract that's been negotiated for the next two seasons. This takes the character's storyline beyond what we've seen in the books so far, and sets up what we believe is the eventual end of the series.

In the last episode of season 5 - Mother's Mercy - the show ends with an event that has been building up for the better part of the year now; the men of the Watch have had enough of Jon Snow's seemingly traitorous friendship with the Wildlings, and they line up to stab him one by one, like the assassination of Caesar. 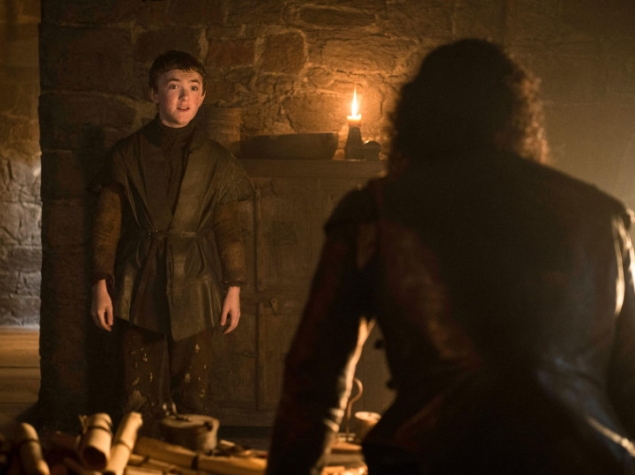 The very last shot of the show is Jon Snow lying in a pool of his own blood, as his eyes slowly glaze over, apparently dead. That's pretty much how Jon's story appears to end in the books as well; the men of the Watch stabbing him, one by one, saying "for the Watch", and then, Jon fading away.

The catch is that this particularly scene is written from Jon's point of view, which leaves things a little ambiguous. It wasn't really clear to readers if Jon was dead, or just gravely injured. In the last book alone, we've had scenarios play out where characters like Brienne and Davos seemed to be dead and gone, only to have them come back. We've seen one major and one relatively minor character come back from the dead.

The show's creators, and the Kit Harington, who plays Jon Snow, have all repeatedly said that Jon Snow is dead, though Martin did say, when talking about the books, that "death is not necessarily permanent." If Jon is really alive, then it's a huge reveal, and something that the people in charge of the show would want to keep under wraps for as long as possible. 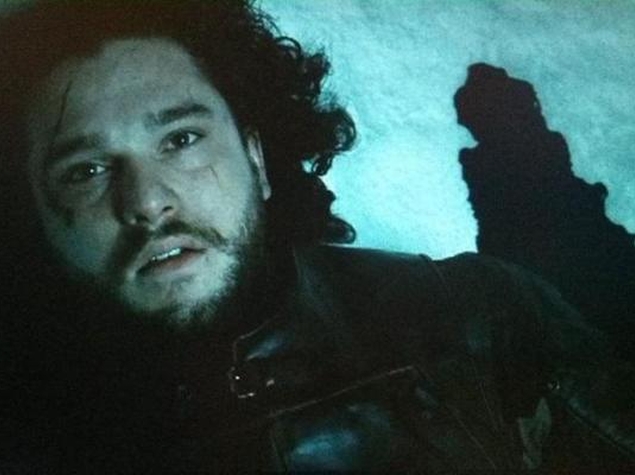 Now, a post on Reddit suggests that Jon Snow is far from dead, and will continue to be in Season 6. The show is filmed almost a full year in advance, and casting news and other leaks from the set are a great source of information about what to expect in the year to come; that's where we learned that Tyrion's journey to Mereen was being made shorter, and that's also what made people think that Jon Snow was going to die after a report broke that showed Harington with shorter hair after season 5 stopped filming. The length of his hair was a part of the contract, and Harington getting a haircut was interpreted by many to mean that his part in the show had ended. Of course, it wasn't a major haircut but just a trim, and with nearly a whole year between shoots, people should've realised that there was more than enough time for the hair to grow back.

If we're to go by the early leaks, then there's a pretty strong chance that Jon Snow might be dead, but not gone. And that's because the whole series could actually be about him.

There's a lot of speculation and different fan theories about it; some people think it refers to the Others, the White Walkers who come from the icy North, and the fiery dragons. But others think that the title actually refers to Jon Snow. 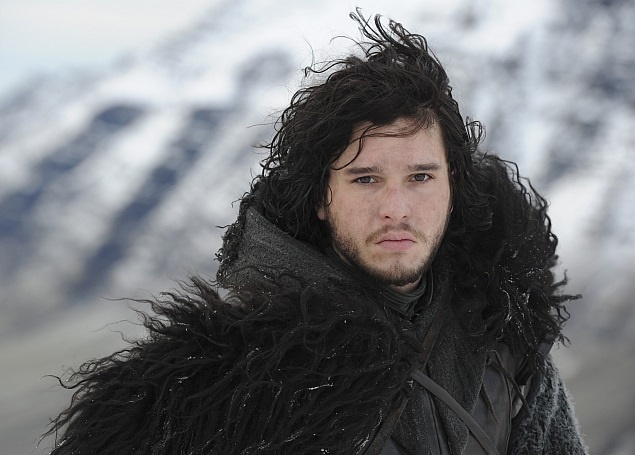 There's a very popular fan theory about the books, that most would consider all but confirmed by the show as well. It's the theory known as R+L = J. That's not some mathematical equation, but rather a reference to two of the most important characters in this story, who have never been seen on the screen, and have barely been talked about in the books as well.

'R' stands for Rhaegar Targaryen, the crown prince who would have followed the Mad King Aerys to the throne, who is described as essentially the perfect fantasy hero. 'L' stands for Lyanna Stark, the sister of Eddard Stark, who was betrothed to Robert Baratheon. And 'J' stands for Jon, who many fans believe is their son.

The full theory is pretty convoluted, but the short version is that Robert and Ned believe that Rhaegar kidnapped Lyanna, and raped her. This was the catalyst for the event which would come to be known as Robert's rebellion, which ended with Robert killing Rhaegar in single combat, and Tywin Lannister marching on, and then sacking, King's Landing.

Ned however went to a place called the Tower of Joy, where he found Lyanna dying in a pool of blood, and then when he returned to Winterfell after the war, it was with a boy he claimed was his bastard - Jon Snow. 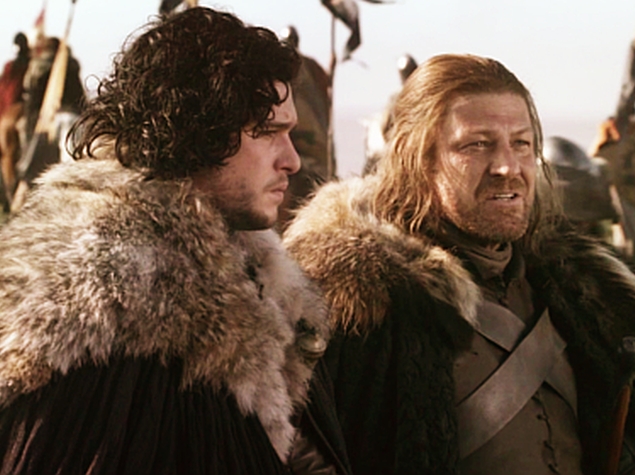 There are some pretty strong hints in both the books and the show to suggest that this boy was actually Lyanna's son, and that Ned claimed his as his own to protect him from Robert, who had earlier sat impassively on the throne when the bodies of Rhaegar's other children, from Elia of Dorne, were presented before him.

The Starks are a symbol of the North, whose words are Winter is Coming, and their ancestral sword is called Ice. The Targaryens stand for fire, with their words being Fire and Blood. Part Stark and part Targaryen, Jon's tale is the Song of Ice and Fire.

At least that's what some fans believe. They even see a hint towards this in the way a scene in the fifth episode of the season. Maester Aemon [Targaryen] remarks, "A Targaryen alone in the world is a terrible thing." That's followed instantly by the camera cutting to Jon Snow.

How will the show bring him back?
If there are a lot of theories about why the whole series is about Jon, then the fans have been equally enthusiastic about trying to figure out how he's going to come back. If we take the Reddit post we linked at face value, then Jon will be brought back in Season 6 itself. We should know more soon, as more leaks come out from the filming of the show, but there are several routes to bring Jon back.

Doubts about Jon's death started even before the finale; in episode eight, Sam says, "I used to worry about Jon Snow, but he always comes back." And when Jon is shown dying, and his eyes glazed over, some people even say they saw a purplish tint to his eyes. So how will the show bring him back? 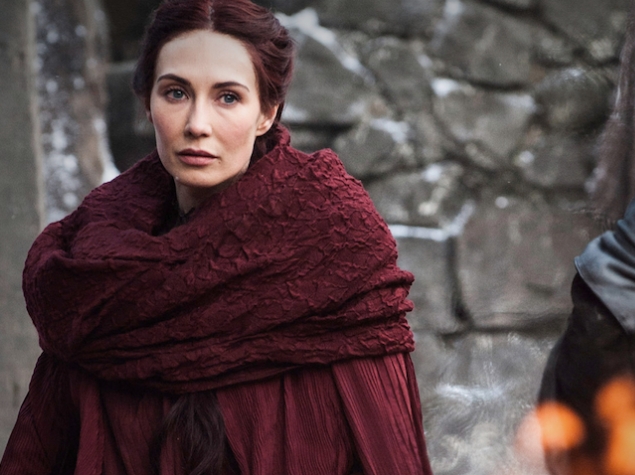 For one thing, in the books, there's a character called Varamyr Sixskins. Like Bran Stark (and to a lesser degree, Jon), Varamyr is also a warg - someone who can send his mind into animals. In the books, we've seen Jon doing this with Ghost a few times, though it's less obvious on the show.

After Stannis' rescue of the Watch during the Wildling's attack on the Wall, Varamyr was one of the people who fled to the North. He was injured though, and would have died on the way, but he sent his consciousness into one of his wolves just before dying, so he could live on in the animal.

Because of this, some fans believe that Jon is going to warg into Ghost, and spend at least some time as a wolf before he returns.

But there's another path open to bring Jon back as well. In the books and on the show, we've seen Beric Dondarrion brought back to life after he was killed by the Hound, Sandor Clegane. This was done with the blessing of the Red God, whom Melisandre worships. In the books, we've seen the same tactic worked to revive Catelyn Stark, who then takes up the name Lady Stoneheart, and leads a band of outlaws, killing Lannisters and Freys. 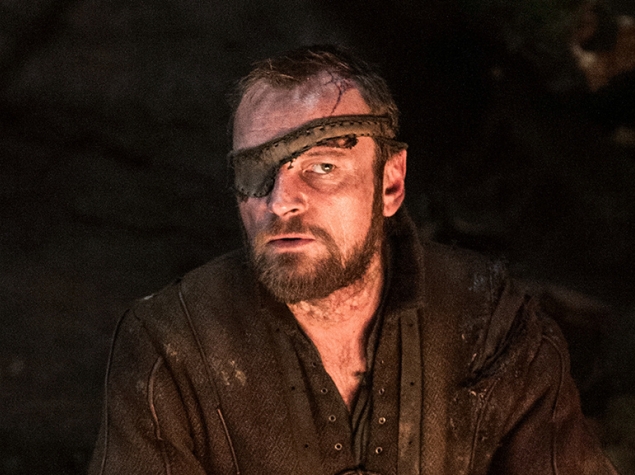 In the book, Melisandre does not travel south to Winterfell with Stannis, and is at hand to revive Jon after he has been stabbed. On the show as well, the creators make a point of bringing her back to the Wall, even as they kill off Stannis (who might be dead in the books, if the Pink Letter is to be believed) along with his daughter and wife (who are still alive in the books).

The show has never been wasteful with characters, and keeping someone alive if they're not needed for a plot relevant reason seems unlikely, so Melisandre clearly has a part to play at the Wall. Whether this will be in mounting some sort of defence of the Wall using magic, or in reviving Jon, remains to be seen.

And Season 6?
Because of these reasons - and these fan theories - we believe that Jon Snow is not dead yet. The showrunners will of course want to keep things under wraps and could either have not told Kit Harington the full story, or they could have asked him to categorically state that Jon Snow is dead to throw fans of the scent.

If the character is back next year, it's safe to say that people will be so excited, they'll forgive HBO and the actors for any misleading statements made right now.

It would also bring back one of the favourite characters for so many viewers - after he died, many people started to swear off the show, and bringing him back will almost certainly bring them back as well.

There is - unfortunately - nearly a full year to go before Game of Thrones will likely be back for Season 6 in April 2016. We'll be keeping an eye peeled for any news that leaks out of the sets before that, but with the show now well past the books, no one is going to be able to sagely predict what comes next - not even Jon Snow's fate. So for next reason, do remember - no one is safe.