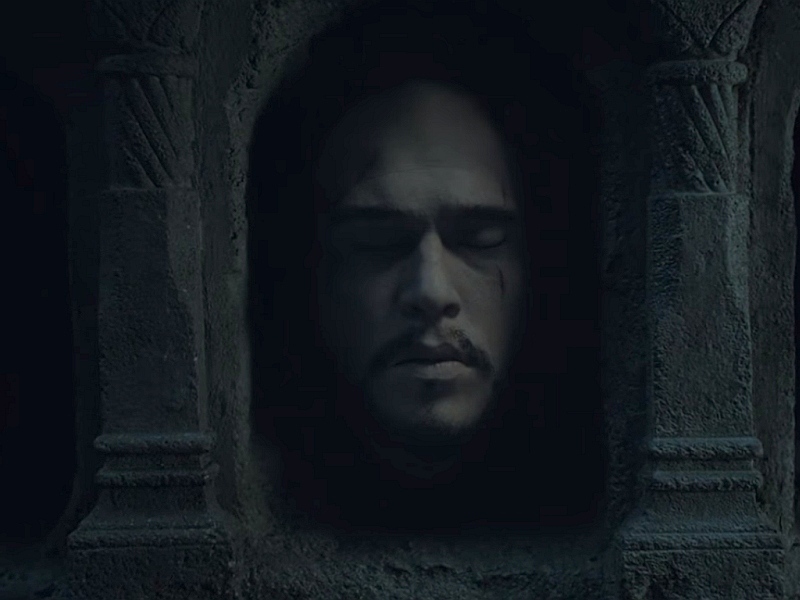 The official Game of Thrones YouTube has shared a new, short teaser for the show. The clip is barely a minute long, and doesn't contain new footage from Season 6, which is releasing on April 24, making this a real tease. We probably have a better idea about the upcoming season thanks to the new photos that were revealed last week, than from this short teaser.

This new promo is a scene in the Hall of Faces under the House of Black and White in Braavos, where Arya Stark is learning to be a Faceless Man. In the teaser, we see the faces of those who have already fallen reciting their lines from the show - the camera goes to Eddard Stark, Catelyn Stark, Robb Stark, and Joffery Baratheon, all Games of Thrones character who are now dead. Then, the camera moves to show us the face of Jon Snow - the previous season ended on a cliffhanger where it looked like Snow dies, although most people believe otherwise.

As we noted, the released pictures from Game of Thrones Season 6 didn't include any shots of Jon Snow, presumably to keep the mystery alive; and focussing on Jon like this after the roll call of the dead also seems to confirm that he is indeed dead. You can see how it looks in the trailer below:

However, as you also probably noticed, the trailer quickly moves on to show more heads of people who are not - so far - dead, including Khaleesi Daenerys Targaryen, and the Imp Tyrion Lannistere. Both are seen alive and well in the Game of Thrones Season 6 pictures, and their heads are shown almost immediately after Jon's. From the released photos we know that we're finally going to see more of what has been happening with the Ironborn in Pike, and it's pretty clear that Daenerys is going to fall in with a fresh Khalsar of Dothraki, which might hopefully jolt her out of Meereen, and have her headed back towards the Iron Throne.

And Jon Snow? Well, HBO may not be saying, but multiple people have posted pictures of him hanging around the set and his hair still looks like the characters, even though he complained about not being allowed to get a haircut in 2014 because of his contract with HBO in an interview. So HBO can do all the tricky trailers they want, we're pretty confident that Jon Snow makes it to Game of Thrones Season 6.

Xiaomi Redmi Note Prime Price in India Down to Rs. 7,999; Offers on Mi 4 and Mi 4i
Routofy Will Search Trains, Flights, and Cabs Together to Plan Your Trip