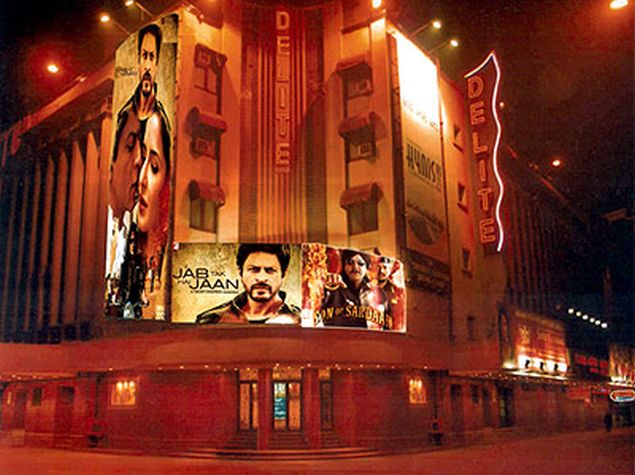 Delite Cinema is one of the oldest and largest cinema halls in Delhi that is still functional, in part because of the management's willingness to keep investing in technology so that it remains at par, if not ahead of, the well-known multiplexes that dot the city.

On Thursday, Delite became the first cinema in Delhi to adopt Dolby's new Atmos sound system, and the 980-seater hall is now the largest hall in the country to use the technology.

Atmos is different from traditional surround sound because instead of 5, 7 or 11 channels of sound, the film makers get access to 64 channelssound so they can make sounds seem to move in a very precise manner.

It's not just the number of channels. With surround sound, the audio comes from in front or behind the audience, from either side, or above. What Atmos does is run a computerised algorithm to tweak the output, taking into account the number of speakers that a hall has installed, such that the sound is coming from a place that is relative to the position of the object on the screen.

This means, for example, that if someone is kicking a can on screen, instead of having it bounce from side to side across the hall, a director can now choose to have the sound move around a little from left to right in the middle of the hall, as the object moves. An overhead flight of an aircraft will track much more accurately, and gunfire will not be concentrated from one "side" of the hall, but rather, each impact will sound like it comes from a slightly different location. This is why the Atmos setup is sometime called 'object oriented' sound, with due apologies to Java, C++ and Objective C programmers.

As a part of this setup, Dolby and Delite installed 43 amplifiers and 72 speakers. Amazingly, they did this without disrupting the normal film screening schedule at the hall, in a space of just two weeks, with around 15-20 people working each night to complete the work. 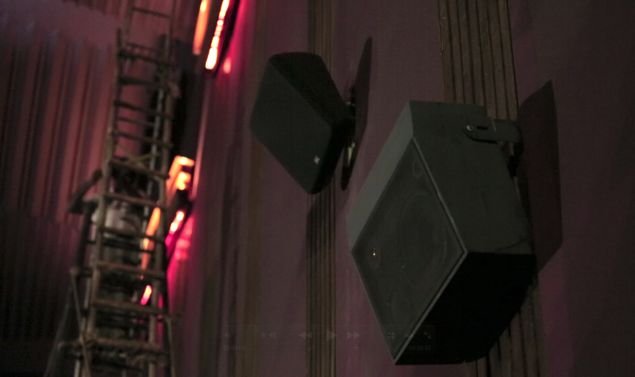 Shashank Raizada, the owner of Delite, is a big believer in the idea of technology as a differentiator to draw in large audiences, and points out that while his hall is several times larger than most competitors, he sees an average 45% occupancy, and the hall sells out during major release weekends.

But getting the first Dolby Atmos installation in Delhi in Delite wasn't without its own set of unique challenges. Ashim Mathur, Marketing Head, Dolby Laboratories India spoke to NDTV Gadgets with inputs from his engineering team, and according to him, the two-level design of the hall was a unique challenge.

Mathur explains, "Most halls these days are on a single level. With Delite, we had to factor in that there is a balcony level on top, which covers part of the upper stall and then there is the lower stall."

This was a complication, because the way that Atmos works is to create a 3D picture of the space, and calculate how to distribute sound across multiple speakers, to help place it at a physical point relative to the hall.

To accomplish this, Mathur explained, engineers need to take blueprints and measurements and then run custom computer algorithms to measure how the speakers need to be placed throughout the hall. In Delite, sound that seemed to come from above the upper stall would appear to come from below for the balcony viewers, which was obviously an issue. Solving this required an extra layer of speakers, and a lot of testing, Mathur said.

But that wasn't the only challenge. "Delite is also the biggest hall where we're making an Atmos installation, and for the most part, that's not a big problem, because you're just scaling up," Mathur says, but adds, "But in this case, it was a heritage building, and it has a false ceiling, so that made it much more complex to place the speakers on top."

This is apparent when you stand inside the hall. The ceiling is a huge 40 feet off the ground. When you're standing in the balcony, people in the lower stall look like GI Joes - the miniature action figures, not the movie characters. 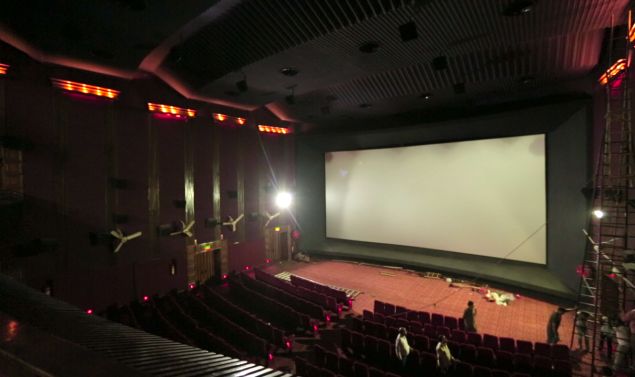 To get around this, Raizada says, the work actually began a lot before any physical work would happen in the hall. He says, "Dolby had recommended some brackets to keep the speakers in the right place and angle, but then when we looked at the JBL speakers that we bought, they were heavier."

"We were getting up to 43 amplifiers, at 4,000 watts each, to really fill the hall with sound so that people know they're experiencing something special but these speakers were too heavy, and we were worried that while they won't break the bracket, it might bend, and if the angle shifts, you won't enjoy the Atmos effect," Raizada says.

Two months before any installation work was to begin, Raizada's engineers went about rebuilding the brackets. "We built completely new, stronger brackets to deal with the additional weight, with pure copper speaker wire to connect to the amps," he explains. The problem now was installing the brackets and speakers. The system was now extremely heavy, and installing it with a false ceiling was a tricky challenge.

The only way to proceed was to assemble everything on the ground, in a thick metal tube that is as big as a man. We looked at one of these heavy tubes, with cabling as thick as your wrist sticking out of one end, while the speaker comes in from the other side. Assembled together this way, Raizada explains, the main work could be done off-site, and just winched into place with a pulley system at night.

In order to cover the whole space, each speaker has to be maintained at the perfect angle. The new brackets, with the reinforced cables would prevent the speakers from bending, but that was only the start.

"All the screws we used are brass," Raizada says, "because that does not get rust." Rust could cause the heavy speaker to twist out of angle, or worse, fall, a risk that's obviously essential to avoid.

At night, with a couple of floodlights on, everyone is focused on a giant, rickety looking ladder. While the speaker gets winched up, the people who make the final fitting must climb along the ladder. Only one piece is installed at a time to mitigate risk, but the work has to proceed quickly, so that the hall is ready with their Atmos installation in time for the screening of Amazing Spider Man 2 on May 1. 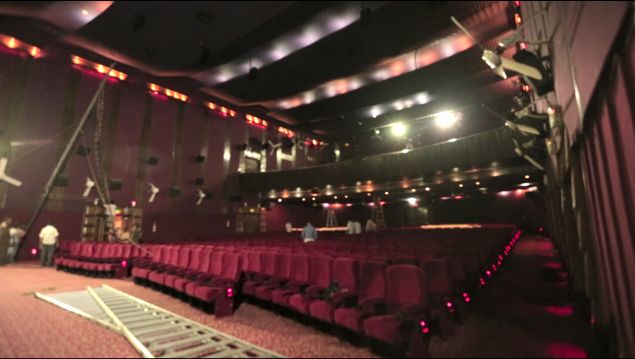 "We have a gantry and catwalk built on top," Raizada says, explaining how the speakers are finally secured, adding, "once the speaker is winched up with a pulley, the workers on top can lever it into place."

According to Mathur, Dolby engineers are on hand to observe the process, and to keep testing to make sure that every speaker is placed in the exact alignment that is required.

Mathur says, "We have been very involved and even after the installation is complete, we will make some more tests once the hall has been running to ensure that the sound is perfectly aligned."

It's a slow process and an expensive one too. Raizada confides that the upgradation to Atmos is costing Delite Rs. 70 lakh including the cost of new speakers and amplifiers, along with the technology and hardware from Dolby which controls the system.

Raizada says, "We will cover the whole space with sound, and give the people an experience to remember."

Atmos is just one part of a continuous process of upgradation at Delite. What was once the most famous cinema hall in the city - whose walls are still adorned with photographs of Prime Ministers and movie stars attending premieres in the theatre - is today largely forgotten about in the crush of multiplexes. Raizada hopes that bringing a modern experience inside an old-world exterior will help Delite to return to its former prominence, but only time will tell if people are willing to give them a chance.

$1500 Google Glass Costs Less Than $80 to Make: Report
Samsung Looks to Steal a March on Apple's Healthbook With a Launch This Month