Televisions, speakers, and more - here are our top picks in audio and video for 2019. 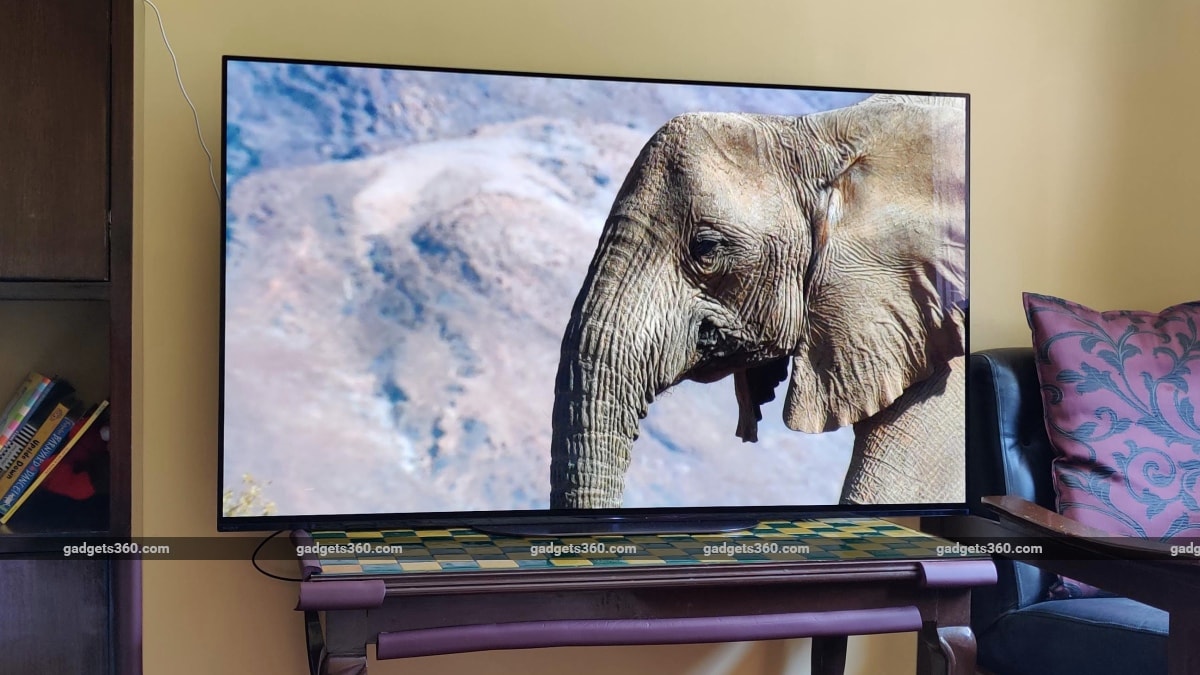 The Sony A9G OLED TV is our favourite television of 2019

At Gadgets 360, we've reviewed a bunch of products this year. Although you'll see a larger number of smartphone reviews, we've also had the chance to test televisions, speakers, soundbars, and more. The products we've tested vary in price and capabilities, and we've put together a list of the ten best audio and video products we've tested in 2019. Although we have taken into consideration the review scores we've awarded to these products, the list takes into stronger consideration the importance of the respective products in their segments, the unique capabilities of these products, and how they've impacted the consumer technology space in 2019. Read on to find out which products we consider to be the best you can buy right now in the audio and video segments.

Streaming is the future of viewing, even more so considering that most of the top new television shows and movies are being produced exclusively for streaming platforms. The best way to get onto the streaming bandwagon in India is the Amazon Fire TV Stick 4K. Priced at Rs. 5,999, the device gives you access to all the major streaming platforms, including Amazon Prime Video, Netflix, and YouTube, to name a few.

The device is capable of streaming at 4K resolution and also supports HDR up to the Dolby Vision standard. The remote is also Alexa-enabled, and the device can be linked with other Alexa devices such as Echo speakers. This makes it one of the most versatile, capable streaming devices available today.

Our favourite television of the year is the Sony A9G OLED TV, the company's flagship model. This 4K Android TV supports HDR up to the Dolby Vision format, and gave us some of the best performance we've seen on a television to date. The television runs Android TV, and supports all the popular streaming platforms as well.

What we liked the most about the A9G were the stunning black levels, which can only be achieved with a good OLED screen like this one. Furthermore, the picture was bright, colours were accurate, and the viewing experience was a big step ahead of the competition. If budget is no bar, this Rs. 2,99,900 television is the absolute best you can buy today in terms of picture quality, features, and performance.

It might sound a bit strange to call a television that costs Rs. 99,900 ‘mid-range', but the OnePlus TV Q1 Pro does offer a lot at a price that is significantly lower than options from premium competitors such as Sony, Samsung, and LG. The television has a 55-inch 4K QLED screen with support for HDR up to the Dolby Vision format. It also runs Android TV, and now has support for all major streaming services.

What particularly appealed to us about the OnePlus TV Q1 Pro is its motorised 50W soundbar, which supports Dolby Atmos and offers significantly better sound than much of the competition. While we did have some issues with the software and remote initially, these have now reportedly been fixed, making the OnePlus TV Q1 Pro our top mid-range television for 2019.

Not too long ago, spending less than Rs. 30,000 didn't get you a whole lot of television. That changed with Xiaomi's entry into the television space in India, and the Mi TV 4X range changed the way people looked at televisions entirely. With sizes ranging from 43 inches to 65 inches, the true value propositions are the two most affordable variants, which are priced at under Rs. 30,000.

For the price, you get a 4K television with support for HDR, Android TV and PatchWall UI, support for a variety of apps and streaming services, and 20W of sound with support for Dolby and DTS audio formats. This is the best television you can get at under Rs. 30,000 when it comes to features and specifications, and is our top budget pick for 2019.

Smart speakers have been around for a while, but 2019 was about bringing a visual element to smart home devices. Amazon launched the Echo Show range in India, which includes the Rs. 8,999 Echo Show 5. This device combined the capabilities of Alexa - Amazon's voice assistant - with a 5.5-inch screen to give you visual cues and access to visual content through voice commands.

While the Amazon Echo Show is much more capable, the Echo Show 5 costs a lot less and offers a pocket-friendly solution to anyone looking for an affordable start in the world of smart speakers and displays.

If you want to improve sound on your television but don't necessarily have the space for a full-fledge home theatre system, a soundbar is the ideal solution. The Sony HT-Z9F is the best one we've reviewed this year, offering a big volume boost, wider sound, a dedicated subwoofer for powerful bass, and support for Dolby Atmos. Although expensive at Rs. 62,990, the HT-Z9F offers a big improvement to your home theatre experience.

We also liked some of the additional connectivity features, including Spotify Connect and Chromecast audio, as well as the wide range of connection options including HDMI, optical and analogue.

While we've seen a bunch of wireless speakers this year, none quite stand out like the Acoosta Uno. This wireless speaker and music player comes with a huge collection of built-in music across genres, giving users easy offline access to a massive catalogue of music. You also have the option to connect over Bluetooth or USB, and listen to good old FM radio.

Interestingly, the Acoosta Uno also works as a karaoke system and has a remote for ease of use. All of this is priced at under Rs. 10,000, making this one of the most feature-filled audio products available today.

Most audio products are easy to categorise, but the Fiio BTR1K is a bit different. Priced at Rs. 3,890, this device serves as a compact Bluetooth receiver for wired headphones, supports aptX, and has an excellent microphone to improve voice calls. You can also use it as a digital-analogue converter to improve sound from a laptop or compatible portable device.

The best part about the Fiio BTR1K is that it does all of this at a very reasonable price, and does a good job too. This is one of the rare products we've reviewed that doesn't have any flaws - none, whatsoever. For this, it makes our list for 2019.

Older listeners may find a lot of today's audio products to be too complicated; the Saregama Carvaan 2.0 appeals to exactly that set. With a catalogue of over 5,000 pre-loaded audio tracks and access to podcasts through Wi-Fi connectivity, the Carvaan provides easy access to a treasure trove of content that a lot of people over the age of 40 will appreciate.

Apart from the pre-loaded music and podcasts, the Carvaan also supports Bluetooth, USB and aux, making it a capable home speaker for all purposes. The retro look and easy-to-use physical buttons and dials only add to the charm.

There are wireless portable speakers, and there are smart speakers, with very little in between. The Sony SRS-XB402M is a great combination of the two, combining wireless connectivity and portability with new-age smart functionality. This Wi-Fi enabled speaker can connect to Amazon's Alexa voice assistant, and also supports Spotify Connect.

Priced at Rs. 19,990, this speaker sounds great, is loud, and is IP67 dust and water resistant. If you've got the budget for this, it's the best portable speaker you can buy, and is perfectly at home even in your home.